Accounting experts worry that a proposed alternative minimum tax based on financial statements could distort information that investors rely on — the same concerns that led Congress to abandon a similar tax shortly after it was enacted 35 years ago.

Just as today, Congress considered the idea in 1986 amid media and public attention to alleged tax avoidance by the country's largest companies, and hoped that a tax based on the rules for financial accounting books could capture income that the traditional tax system missed

"It sounds easy to do, but it's actually extremely complicated to do, because book and tax are so different," said Michelle Hanlon, a professor of accounting at Massachusetts Institute of Technology.

Also: "Practically, the administration’s efforts amount to a 'PR offensive, both to get the word out and to pat themselves on the back,' observed Joe Kristan of Eide Bailly LLP. To him, the provision was self-explanatory to begin with."

IRS Fact Sheet: Under the American Rescue Plan, employers are entitled to tax credits for providing paid leave to employees who take time off related to COVID-19 vaccinations.

With his legislation, Wyden seeks to replace the more than 40 different energy incentives that are currently in the tax code.  He also thinks his proposal is “quite well aligned” with what President Joe Biden will propose on clean energy. Biden later this week is expected to call for cutting U.S. emissions roughly in half by 2030.

The proposal as a whole is unlikely to become law, but it does indicate the policy direction of the current Congress.

The Revocable Living Trust – Is it For You? - Roger McEowen, Agricultural Law and Taxation Blog. "Because of the powers the grantor retains over the trust, the property in the trust is subject to federal estate tax."

I’ve unknowingly had economic nexus for years. What do I do now? - Jennifer Dunn, TaxJar. "In other words, some eCommerce businesses are now responsible for collecting sales tax in states that they may never have set foot in." 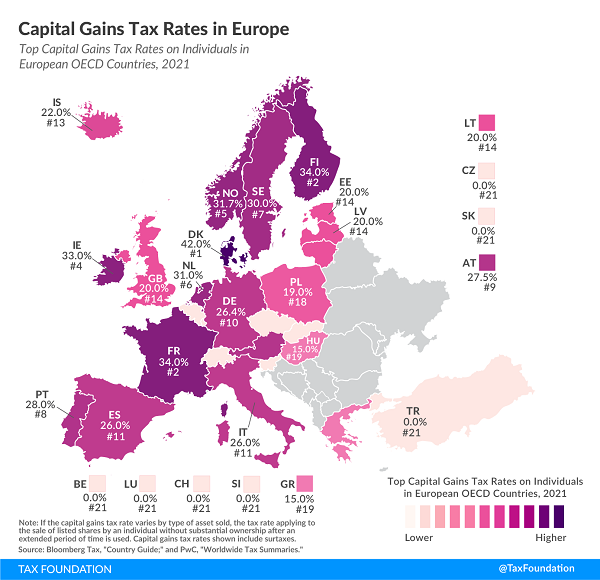 New Wisconsin Foxconn Deal Shrinks Incentives, Underscores Megadeal's Failure - Paul Jones, Tax Notes ($). "The 2017 deal was notable as one of the largest-ever subsidy agreements of its kind by a state, and was highlighted by the Trump administration as an opportunity to bolster domestic manufacturing at a time when he was pushing to reduce U.S. dependence on goods manufactured in China, where the Taiwan-headquartered Foxconn produces Apple products. But the agreement soon became a high-profile bust as the company backtracked, reducing the size of the planned factory."

Will the GOP Rift with Big Business Lead to Higher Corporate Taxes? - Howard Gleckman, TaxVox. "A corporate rate hike of any size is highly unlikely to win GOP support. But would some Republicans quietly accept less salient tax hikes on US-based multinational corporations by, say, adopting some form of Biden’s tougher minimum tax? And would GOP lawmakers be even more likely to do so if groups like the OECD can agree to a multinational minimum tax?"

Bypassing the Byrd Rule Might Mean New Taxes - Marie Sapirie, Tax Notes Opinions. "A tax and credit combination designed to mimic a direct minimum wage increase might satisfy the budgetary procedural requirements under the reconciliation process. It would likely face the same political headwinds, which could have the same fatal result for the tax proposal as the Byrd rule did for the direct increase. But what's noteworthy about the proposal is the suggestion that the tax code should be used as a vehicle for enacting items through reconciliation that wouldn’t otherwise make it through the process."

Why wasn't I told? Somebody is always the last to find out. Perhaps the last person to hear about the Alternative Minimum Tax was featured in a Tax Court opinion yesterday.

As regular readers know, the AMT has been a prominent feature in the income tax for decades. Computed at a lower rate, with larger exemptions and fewer deductions, it applies when it exceeds the "regular" income tax.

The taxpayer was assessed about $3,000 in AMT. Tax Court Judge Lauber succinctly summarized the taxpayers' case against paying it:

Petitioners stated in their petition that “[they] never heard of [the] alternative minimum tax.”

Now they have. Decision for IRS.

Happy Earth Day! And if that isn't enough to celebrate, it's also National Jelly Bean Day!