Polis signed S.B. 124 May 16. The bill allows passthrough entities to retroactively elect to pay state income tax at the entity level for tax years beginning on or after January 1, 2018. Entity owners can then claim a refundable tax credit equal to their distributive shares of the state tax paid, which allows them to avoid the $10,000 SALT deduction cap established by the Tax Cuts and Jobs Act.

The bill alters an existing SALT workaround that had provided for an exclusion from income, rather than a credit for taxes paid at the entity level.

The bill works around the $10,000 cap on itemized deductions for state and local taxes by paying at the entity level. The entity then gets a deduction for the taxes that is not affected by the $10,000 cap, and the owners in turn get reduced taxable income from the entity.

As we have noted, the federal benefit will not come as federal tax refunds. The bill doesn't allow entities to file amended returns until September 1, 2023. That means the taxes likely will not see a benefit until they get their 2023 K-1s from the pass-through entities. That could be a problem for entities whose ownership has changed since 2018. Watch for a more detailed Eide Bailly Insight covering the Colorado changes.

Rep. Bill Pascrell (D-N.J.), the House Ways and Means Oversight Subcommittee Chairman, called for the resignation of IRS Commissioner Charles Rettig because a government report exposed the dismal performance of the tax agency, which could wind-up biting tax preparers.

“Deliberate sabotage – that’s what I’m calling it – has created an agency that cannot process returns, cannot correspond with taxpayers quickly, cannot even answer the telephone calls for help. This IRS is failing to modernize and prepare for the future… These failures is why I have called on the President to fire the Commissioner,” Pascrell said during his May 18th Subcommittee's hearing on the IRS's performance.

Yes, sabotage and wrecking. Never mind that Congress three times in the last two years has told the IRS to drop everything to mail COVID relief checks without increasing IRS resources.

To some lawmakers, like House Ways and Means Oversight Subcommittee Chair Bill Pascrell Jr., D-N.J., the report cements concerns that the United States has a two-tiered tax system that allows the wealthy to escape scrutiny while attention is focused on low-income taxpayers instead.

At a separate hearing of the House Appropriations Financial Services and General Government Subcommittee the same day, IRS Commissioner Charles Rettig took issue with the framing of the report, telling Rep. Mark Pocan, D-Wis., that he would “appreciate the opportunity to meet with you . . . to actually go through what’s wrong with the figures that came out.”

Yet even through all that, Manchin still signals he’s up for a deal. He’s outlined what he supports — raising taxes on corporations and the wealthy, plowing money into energy and climate development, deficit reduction and lowering drug prices. Manchin’s and Schumer’s staffs are having “substantive conversations” about the contents of a package like that, according to a person familiar with the talks. And Manchin says Schumer gets where he’s coming from.

Yet there’s still no framework and no handshake deal. There’s no agreement on who is supposed to write a potential agreement. And it’s almost Memorial Day, some Democrats’ unofficial deadline for some making a decision on whether or not to drop the effort to pass a sweeping Democratic bill along party lines.

Most payroll service providers give quality service. However, there are a few who don't submit their client's payroll taxes and close abruptly. The damage hits their unsuspecting clients hard. Typically, these clients remain legally responsible for paying the taxes due, even if the employer sent funds to the payroll service provider for required deposits or payments.

The IRS encourages employers to enroll in EFTPS and make sure its payroll service provider uses EFTPS to make tax deposits. It's free and it gives employers safe and easy online access to their payment history for deposits made under their Employer Identification number, enabling them to monitor whether their payroll service provider is meeting its tax deposit responsibilities.

IRS Tax Return Audit Rates Plummet - Ashlea Ebeling, Forbes. "What’s behind the audit drop? IRS staffing shortages due to attrition and decreased funding. Since fiscal year 2011, the number of tax examiners who work basic audits, usually by mail, decreased by 18%, and the number of revenue agents who work on complex in-the-field audits decreased by more than 40%. Looming retirements mean more departures. About 14% of current tax examiners and 16% of current revenue agents are expected to retire in the next three years. Another factor: audits are taking longer as they’re transferred from departing staff to others to complete." 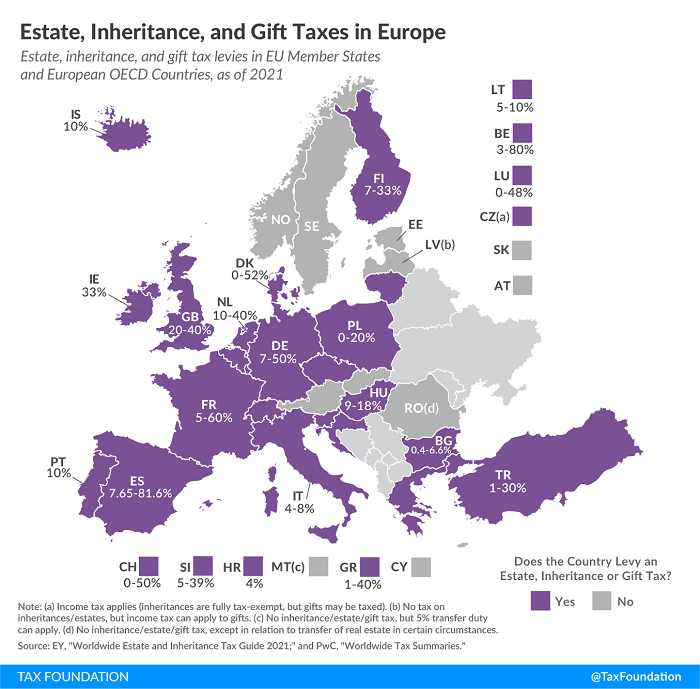 6 tax-smart financial gifts for grads (and the givers) - Kay Bell, Don't Mess With Taxes. "Did your high school or college grad work while in school earlier this year, or will either as a summer or full-time job? You can help them keep all that hard-earned cash and plan for their still far-off post-work years by contributing to (or opening) a custodial IRA account."

FBAR – It Gets You in the End, Presidential Pardon Notwithstanding - Virgina La Torre Jeker, Virginia - US Tax Talk. "Can a presidential pardon forgive FBAR penalties?  Maybe Paul Manafort Jr. thinks so! Despite notice and demand for payment, he is not paying US$2.9 million in “willful” FBAR penalties assessed against him.  The US government just brought an action in the southern district court (West Palm Beach division 4/28/2022), to collect the outstanding civil penalties for the years 2013 and 2014."

First-Class Tax Opportunities: Golden Visas and Passports - David Stewart, Elodie Lamer, and Nana Ama Sarfo, Tax Notes Opinions. "Golden passports grant you citizenship in exchange for an investment. It can be different kinds of investments. For example, in Cyprus, you have to invest in the investment fund or buy a house or a share in a company."

Can Intentionally Filing an Improper Information Return Justify a Claim for Damages Under Section 7434?... Continued! - Omeed Firouzi, Procedurally Taxing. "When someone is fraudulently misclassified as a 1099 worker when they should have received a W-2, they receive a form that is, in several ways, different in numbers, format, and details than what is appropriate. Notably here, if a misclassified person was hypothetically reclassified as a W-2 worker, it is possible the taxable gross wages that are reported on line 1 of the W-2 would be different than what their 1099-NEC had shown."

Delaware Chancery Refuses To Apply Ferengi Principles To Low Income Housing Deals - Peter Reilly, Forbes. "There is little doubt that if Chancellor Zurn were a Ferengi, that DLE would have prevailed in this case in accordance with Rule 97 of the Ferengi Rules of Acquisition - Enough is never enough."

When is a Tax Policy Progressive? - Jared Walczak, SALT Road. "A relevant question often goes unasked: 'progressive according to what?' A policy might, for instance, benefit lower-income taxpayers more in percentage terms but still deliver more relief to higher earners in nominal terms. A policy recently considered in Kansas affords a good opportunity to see how this plays out."

Inflation and Oil Price Spikes Revive Case for LIFO Repeal - Thornton Matheson and Thomas Brosy, TaxVox. "The US is the only country that allows the tax-driven LIFO accounting method. International financial reporting standards (IFRS) allow only FIFO or average cost methods, which better reflect a company’s financial position. The US has taken steps in recent years to conform its accounting standards with IFRS, but full convergence does not appear likely."

Don't mess with Aetna? A taxpayer failed to report disability income reported by the Aetna insurance company on a 1099-R. The IRS computers noticed, and the taxpayer ended up facing off with the IRS in Tax Court. Judge Lauber summarizes part of the taxpayer argument:

Before, during, and after the tax year in issue, petitioner had repeated disagreements with Aetna about his disability coverage. At various points in this litigation he asserted that Aetna had embarked on a vendetta against him by creating records that were “completely bogus,” a “forgery,” “fraudulently created,” and “not[ ] legit.” He asserted at trial that the plans shown in Aetna's records “were bogus group plans.” We did not find any of these assertions remotely credible. Aetna's complete claim file was admitted into evidence, supported by a proper certification of authenticity. Its records are thoroughly consistent in setting forth the types of payments made to petitioner and the amounts thereof.

I would like to think that if I got into a dispute with a big company like that, they would care enough to mark me for a vendetta. Really, though, I would be happy if they got my name right.