The House overwhelmingly passed legislation that would expand the tax benefits for retirement accounts to bolster the savings of Americans, many of whom have nothing banked for after they stop working.

The legislation, approved on a 414-5 vote, creates a tax credit of up to $1,000 per employee for small businesses that offer a savings plan. The bill also expands a tax credit for low-income individuals who contribute to their accounts. Workers would automatically be enrolled in retirement plans, with a choice to opt out, rather than requiring employees to pro-actively sign up.

The bill would change current law, which allows catch-up contributions to be made on either a pretax or Roth basis, by instead requiring Roth after-tax treatment for these contributions. That provision alone would raise $22.4 billion over 10 years.

House Ways and Means Committee Chair Richard Neal, D-Mass., called the legislation "transformative" because it would improve opportunities for retirement saving for millions of Americans.

...He said the legislation includes a much-needed catch-up provision that allows workers from 62 to 64 to set aside more money for retirement if they "couldn't do it during certain years of paying college expenses."

The following provisions are included in the “Securing A Strong Retirement Act of 2022”:

About the bill's prospects in the Senate: "passage is likely."

S.B. 405, S.B. 598 and S.B. 316, which are part of Republican Gov. Larry Hogan's bipartisan tax relief plan, passed the Senate unanimously and will next be considered by the state House of Delegates. The tax relief plan announced by Hogan on Monday includes the proposed credit for residents 65 and older work opportunity credit for small businesses and exemptions for child care products, as well as the state's recently enacted gas tax suspension.

S.B. 598 would create a state income tax credit for employers for 100% of the federal work opportunity tax credit that they claim. The credit could not be carried forward, according to the bill.

Manchin shoots down Biden's new billionaire tax plan - Alexander Bolton, The Hill. "Manchin says he doesn’t support the president’s plan to tax the unrealized gains of billionaires, which would set a new precedent by taxing the value an asset accrues in theory before it is actually sold and converted into cash."

With ink barely dry, Biden budget put through the wringer - Aidan Quigley and Lindsey McPherson, Roll Call. "But Manchin made no promises. 'I'm not saying anything is going to be done,' he said. "

I was going to have fun with the headline, which said "ringer." Unfortunately, they fixed it already, but for you youngsters out there, here's where the phrase comes from: 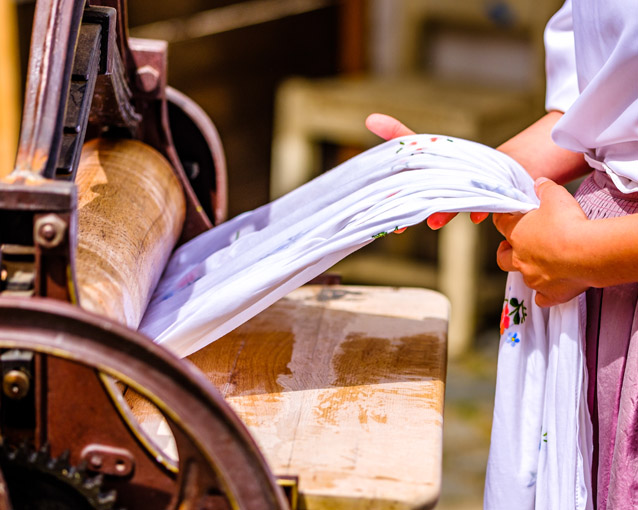 Tax Pros Optimistic for the Return of Immediate R&E Expensing - Mary Katherine Brown, Tax Notes ($). "To pay for other tax cuts, the TCJA converted the treatment of research costs under section 174 from an immediate deduction scheme to an amortization plan. Taxpayers now have to spread their deductions over five years for domestic research and 15 years for foreign research. Although enacted in 2017, the changes came into effect this year and have left taxpayers and tax professionals with a lot of questions."

How a Semiconductor bill could become an R&D Fix - Jay Heflin, Eide Bailly:

House and Senate Democratic leaders now have their sights set on including the R&D fix in trade-related legislation that would give the U.S. a competitive advantage in manufacturing semiconductors. But to get there, lawmakers must agree on a single bill.

The House-passed bill, the Competes Act, includes a tax provision that would allow lawmakers to add the R&D fix to the final bill. However, the Senate-passed bill, USICA (the United States Innovation and Competition Act), does not contain a tax provision. This means Senators would have to accept having tax provisions in the agreed-upon bill.

S Corp ESOPs Could Be Hurt by Pillar 2 Rules, Engineers Say - American Council of Engineering Companies, via Tax Notes. "We are concerned that under Article 7.1 of the Pillar Two Model Rules, S corporation ESOPs could be viewed as multinational enterprises that are undertaxed, instead of understanding that the taxes are deferred."

FTC Sues Intuit Over TurboTax Ads Offering Free Tax Filing - Joseph Pisani, Wall Street Journal ($). "The FTC said TurboTax is only free for some users, but the company doesn’t tell them they have to pay until they have spent time inputting their personal and financial information. The FTC said about two-thirds of U.S. taxpayers in the 2020 tax year couldn’t qualify for TurboTax’s free filing."

Get an automatic six more months to file; all taxpayers can use IRS Free File to request an extension - IRS. "Other fast, free and easy ways to get an extension include using IRS Direct Pay, the Electronic Federal Tax Payment System or by paying with a credit or debit card or digital wallet. There's no need to file a separate Form 4868 extension request when making an electronic payment and indicating it's for an extension. The IRS will automatically count it as an extension."

Getting Rid of the Kryptonite: The IRS Should Quickly Implement Scanning Technology to Process Paper Tax Returns - NTA Blog:

Although the COVID-19 pandemic has caused delays for some taxpayers who e-filed their returns, the overwhelming majority of lengthy delays have been experienced by taxpayers who filed original returns on paper or who have filed amended returns, which are generally processed as paper returns even when submitted electronically. Last year, the IRS received nearly 17 million paper Forms 1040, over 4 million Forms 1040-X, and millions of paper business returns.

The delays in processing these returns result from the IRS’s archaic data intake process. The IRS’s submission processing function today evokes images of what data transcription looked like in the 1960s – prior to the information age. Employees manually transcribe all paper tax returns. Transcription consists of keystroking each digit and each letter on the return. For a moderately complex return, several hundred digits may need to be transcribed. For longer returns with more forms and schedules, the number of digits may approach or exceed 1,000 digits.

The IRS should be a leader in tax administration information technology practices, but due to a combination of funding limitations and management challenges over many years, it is not. The archaic keystroking of paper tax return data is a case study. Twenty years ago, at least 17 states had automated that task, yet the IRS still has not managed to do so.

Remember, every paper filing is handled by an IRS employee, which is fine if you don't mind the IRS taking a personal interest in your return.

11 medical costs that could make itemizing the best tax Rx - Kay Bell, Don't Mess With Taxes.  "The COVID-19 pandemic might not be as virulent as it once was, but the coronavirus is still with us. The BA.2 variant is making the rounds, and the Food and Drug Administration today (March 29) OK'ed second boosters for some individuals. The pandemic also has affected medical expense deductions. The Internal Revenue Service in 2021 approved personal protective equipment (PPE) costs as long as the items were purchased for the primary purpose of preventing the spread of COVID-19. This includes face masks, hand sanitizer and sanitizing wipes. This tax-deduction addition applies to PPE used by the taxpayer, his or her spouse and dependents."

Easy errors to avoid when filing returns that can delay processing or lead to refund adjustments - National Association of Tax Professionals. "Answer the virtual currency question. The 2021 Forms 1040 and 1040-SR ask whether at any time during 2021, a person received, sold, exchanged or otherwise disposed of any financial interest in any virtual currency. This field cannot be left blank."

Be Aware of These Tax Issues Before Converting to a Roth IRA - Gordon McNamee, TaxBuzz. "When you take money out of your Roth IRA, you’re going to owe the IRS on the pre-tax deposits that you originally made."

Gen Z Series: Completing a W-4 - Olivia Seneca, Tax Warrior Chronicles. "Employee’s Withholding Allowance Certificate, Form W-4, is completed by employees so employers can withhold the appropriate federal income taxes from their pay. It is among the shortest and most known IRS forms. The amount withheld depends on the information submitted and the salary earned during the pay period."

Captive Insurance – Part Two - Roger McEowen, Agricultural Law and Taxation Blog. "It is important to establish that the captive insurance company was established to reduce or insure against risks, and not just to achieve tax benefits.  In additions, policies must be appropriately priced relative to commercial insurance.  The payment of excess premiums annually for a number of years while few or no claims are made inures against a finding of a legitimate business purpose for creating the captive."

In a March 25 opinion in The House Modesto v. County of Stanislaus, a three-judge panel for the California Court of Appeal, Fifth Appellate District, affirmed the trial court's ruling in favor of the county. The trial court had determined that a religious exemption under Article XIII of the state constitution does not extend to a fitness center operated by a church — The House Modesto (THM) — because during the years at issue, the gym was not exclusively used for a religious or charitable purpose.

According to court documents and statements made in court, Promoter was the main promoter of the scheme and Co-promoter was one of his co-conspirators. Their scheme involved recruiting clients and preparing false tax returns on the clients' behalf by convincing them their mortgages and other debts entitled them to tax refunds. Between 2014 and 2016, Promoters held seminars across the county to publicize the scheme. As part of the scheme, Promoters and their co-conspirators helped prepare and file tax returns for the participants that sought more than $64 million refunds from the IRS. These tax returns falsely claimed that banks and other financial institutions had withheld large amounts of income tax from the participants, thereby entitling the clients to a refund. In reality, the financial institutions had not paid any income to, or withheld any taxes from, these individuals. To make the refund claims appear legitimate, however, Promoters and their co-conspirators filed fraudulent tax documents with the IRS that matched the withholding information listed on the tax returns, making them appear as if they had been issued by the banks.

As part of his plea, Promoter admitted he gave orders to others as part of the scheme. Promoters both admitted they and their co-conspirators concealed their roles in the scheme by, among other things, indicating the false tax returns had been "self-prepared," submitting false IRS forms designed to appear as if they were created by the participants' financial institutions, and coaching the participants on how to conceal the scheme from the IRS. Promoters further admitted they and their co-conspirators charged participants approximately $10,000 to $15,000 in fees for the preparation of each tax return.

So much to ponder here - starting with the idea that they succeeding in convincing grown adults to pay them $10,000 to $15,000 based on such preposterous assertions.

The victims were willing to fork over five figures, but were too thrifty to pay an actual tax professional to evaluate the wacky scheme.

On top of that, the promoters seemed to think they could waltz through 19 states scamming both taxpayers and the IRS, but somehow avoid detection by not signing the returns.

Between the two of them, the ringleaders have over 19 years of prison time to figure out what went wrong.

Erasable. It's National Pencil Day! "Did you know that one pencil can write up to 45,000 words?"