The failed vote Wednesday pushed the timeline for both deeper into the summer, although lawmakers involved in the infrastructure negotiations said they expected to have enough of an agreement in place to move forward by Monday, if Senate Democratic leaders agree to schedule another vote.

“We’re voting ‘no’ today because we’re not ready, but we’re saying we do want to take up this bill as soon as we are—we think that’s Monday,” Sen. Rob Portman (R., Ohio), the lead GOP negotiator in the infrastructure talks, said Wednesday.

Support from at least ten Senate Republicans was needed for the chamber to begin debating the bill. None of them supported the motion because the bill’s details have yet to be nailed down. Conservatives would like to see the bill’s text and its cost estimate before moving to debate it.

Senate Republicans and Democrats who have been working on the legislative text have said the final product should be ready next week. Once the plan is turned into legislation, it is expected to cost $1.2 trillion over eight years or $973 billion over five. Its cost can be calculated after its text is finalized. Shortly thereafter, the chamber could hold another vote on whether to debate the bill.

However, a finalized bill complete with cost estimate does not guarantee that ten Senate Republicans will support it. Advancing the bill could be viewed as a political win for Democrats, especially President Biden, who has been vocal about wanting to enact a bipartisan bill. Senate Republicans might oppose the bill as it could allow Democrats to take a victory lap.

Jay Heflin Helps makes sense of the often-puzzling world of tax legislation for Tax News & Views readers. Be sure to check in regularly at www.ebtaxblog.com when things are happening in Washington.

Infrastructure Bill Stumbles; Second Try Expected Next Week - Doug Sword, Tax Notes ($). "Sanders also said that if the bipartisan infrastructure agreement continued to stall in the Senate, there was 'no question' that its infrastructure components would be added to the budget resolution, which is expected to include major tax changes for businesses and high-income individuals."

Cash floods K Street as Democrats focus on spending and taxes - Kate Ackley, Roll Call. "Some of K Street’s top-grossing lobbying firms disclosed record-breaking revenue for the first half of 2021, even as the influence industry’s two biggest spenders reported shelling out less than in the same period last year."

IRS Workload Gives Scammers Opportunities to Cheat Taxpayers - Kelly Phillips Erb, Bloomberg. "Taxpayers and families are not required to make a purchase or pay up-front fees to claim, speed up, or increase their payments. There are no tricks for checking on benefits or jumping the line, but scammers are happy to give the impression that they can help—for a fee."

Submitting an Offer in Compromise Through Collection Due Process - Keith Fogg, Procedurally Taxing. Very much inside baseball for IRS controversy specialists, but enough to show that the cable TV ads promising "pennies on the dollar" IRS debt settlements promise too much.

Related: What is the IRS Fresh Start Program?

Does Your State Have a Sales Tax Holiday? - Janelle Cammenga, Tax Policy Blog. "Although state budgets may be in unusual places this year, sales tax holidays remain the same as they always have been—ineffective and inefficient." 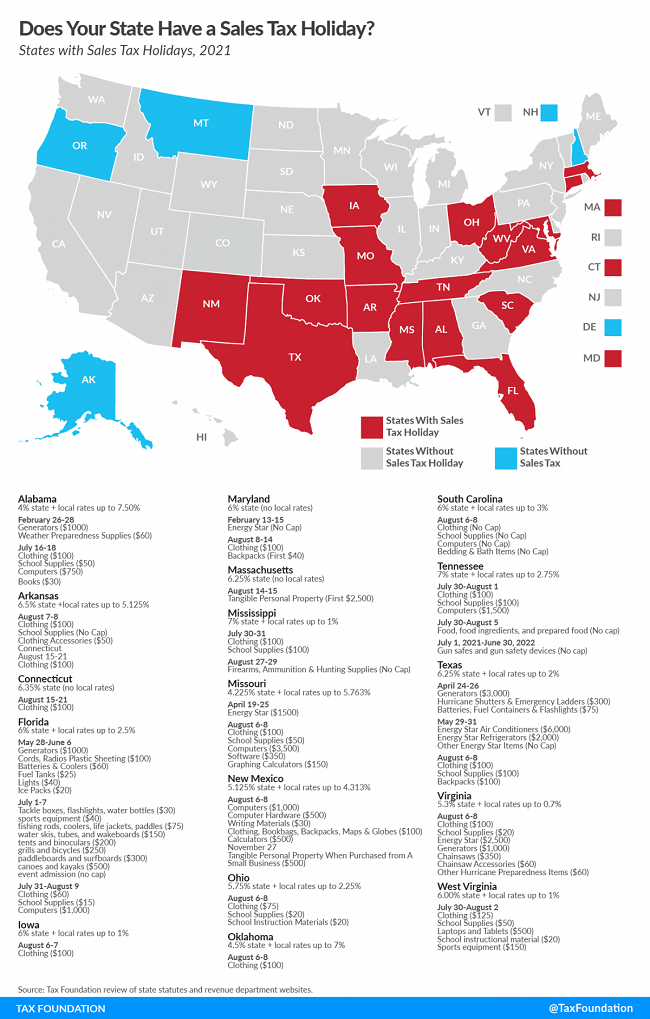 How Dealers Can Benefit from Cost Segregation Studies - Matt Fitzpatrick, Eide Bailly. "The primary goal of a cost segregation study is to identify all property-related costs that can be depreciated over 5, 7 or 15 years. Cost segregation studies can also identify qualified improvement property (QIP), which qualifies for a 100% bonus. The resulting componentization of building assets makes future partial dispositions of longer life assets easily recognizable."

IRS Allowed to Consider Potential Recovery Against Executor for Distributions in Offer in Compromise Calculation of Reasonable Collection Potential - Ed Zollars, Current Federal Tax Developments. "When dealing with a decedent’s estate, an executor of the estate may face personal liability for taxes found to be due from the estate if the executor made a distribution that rendered the estate insolvent, assuming the executor had knowledge or notice of that liability or potential liability."

The FBAR (Report of Foreign Bank and Financial Accounts): Everything You Need to Know - Jason Freeman, Freeman Law. "A failure to file a FBAR report may result in criminal exposure—that is, the possibility of a criminal indictment or investigation.  For several years, the IRS has publicly touted its intention to strongly enforce the FBAR reporting requirements."

Intellectual Property Came Back to U.S. after Tax Reform, but Proposals Could Change That - Daniel Bunn, Tax Policy Blog. "Tax policy can influence business decisions in a variety of ways, some more easily influenced than others. One decision that the Tax Cuts and Jobs Act of 2017 impacted is where companies choose to hold their intellectual property (IP). International trade data shows a significant shift of IP assets into the U.S. in 2017. However, if lawmakers change those tax policies and raise the cost of holding IP in the U.S., IP could start flowing abroad once again."

Cars. The company car has a sort of mystical attraction to some taxpayers. It's a perk that shows both that you've made it, and that you are putting one over on the taxman.

It doesn't always work that way.

A closely held C corporation that ran day-care centers tried to convince the Tax Court that it should be able to deduct its little fleet of company cars, including three Fords, a Lexus, a Nissan, a Hummer, a BMW, a Cadillac Escalade, and two cars of unspecified make and model.

Taxpayers claiming auto deductions have to prove it, as Tax Court Judge Paris explains (my emphasis):

With respect to certain items, including passenger automobiles and any other property used as a means of transportation, section 274(d) establishes heightened substantiation requirements that must be met to establish business use. See also sec. 280F(d)(4). In the case of such property the taxpayer must substantiate by adequate records or sufficient evidence corroborating the taxpayer's own statement the amount, time, place and business purpose of the expense. Sec. 274(d). No deduction is allowed for personal, living, or family expenses. Sec. 262(a).

This means no guestimates and no heartfelt arguments on audit. Things went badly for the taxpayers (names omitted):

Petitioner has failed to demonstrate its entitlement to the claimed vehicle depreciation. Petitioner did not maintain mileage logs or any other records in connection with its use of the vehicles reported on its depreciation schedules. Indeed, many of the vehicles, including the 2000 Lexus, the 2003 Hummer, the 2004 BMW, and the 2004 Cadillac Escalade, were the personal vehicles of the Taxpayers or their children. No documentation or corroborating evidence was submitted in support of the Taxpayers' claims that the vehicles were used 100% for business use, and the Taxpayers themselves acknowledged that they and their children used them for commuting and other personal activities. With respect to the remaining vehicles, petitioner has offered no evidence to support its entitlement to the claimed depreciation.

It's not surprising, then, that

Respondent's disallowance of the depreciation expense deductions is sustained.

The case gets worse. The car expenses weren't the only ones the taxpayer had trouble supporting, and that resulted in a 20% "accuracy related" penalty. Judge Paris:

The frequency, nature, and pervasiveness of the adjustments giving rise to the deficiency in this case leave little question that petitioner disregarded the rules and regulations and failed to make a reasonable attempt to comply with the Code. Petitioner does not argue, and the record does not show, that petitioner had reasonable cause for its underpayments. Accordingly, the accuracy-related penalties are sustained.

The Moral? If you mix your cars with your business, you need to keep good records. The IRS examiner driving a used car to work may not be inclined to believe the owner's children are using the company Lexus 100% for business.

It's hot, steamy and hazy today. That makes it a good day to observe National Refreshment Day!