At the top of the list of tax reforms is a proposal to end stepped-up basis with a $1 million exemption, which would keep the existing exemption for the sale of personal residences. It would also include an exception for donations to charity as well as “protections so that family-owned businesses and farms will not have to pay taxes when given to heirs who continue to run the business.”

The fact sheet confirms earlier reports that Biden is seeking to raise the top individual income tax rate back up to 39.6 percent, and that for households making more than $1 million, the tax rate on long-term capital gains and dividends would also increase to 39.6 percent, up from 20 percent.

Biden’s plan also calls for ending tax deferral for section 1031 like-kind exchanges for gains in excess of $500,000 and for making permanent the section 461(l) limit on excess business losses.

The "stepped-up basis" will still be there - because gains over $1 million will be taxed at death.

Some Democrats Not Sold on Biden’s Proposed Capital-Gains Tax Boost - Andrew Duehren, Wall Street Journal ($). "Mr. Biden’s plan would change how capital gains are taxed at death. Currently, unrealized gains on assets aren’t taxed as income when they are passed onto an heir, and only the asset’s appreciation after the original owner’s death is taxed when it is sold. Mr. Biden would subject assets to capital-gains taxes at death, with a $1 million exemption for individuals."

The Treasury statement included pledges to improve IRS taxpayer services and communications, and to deliver the child tax and dependent care tax credits expanded by the American Rescue Plan Act of 2021 (P.L. 117-2).

But there is no mention of taxpayer rights in the statement.

Private Equity and Hedge Funds, Facing a New Tax Burden, Prepare Their Defense - Miriam Gottfried and Juliet Chung, Wall Street Journal ($). "Higher capital-gains tax rates could also change firm founders’ calculations in deciding whether and when to sell their businesses, and that is a concern to some of them, said an industry executive. Currently, the capital-gains rate applies if they sell, typically leading to major windfalls for founders after decades of building up their firms."

When a founder sells, years of efforts are all taxed in one year. They are "millionaires" once - but they would be taxed as if they won the lottery, rather than cashing in on years of effort.

$80 billion could help IRS increase audits of the wealthy, which have dropped in last decade - Kay Bell, Don't Mess With Taxes. "IRS audits of high-income taxpayers continue to decline, according to a recent report by the Transactional Records Access Clearinghouse (TRAC) at Syracuse University. Only 2 percent of millionaires were audited in 2020,"

Like-Kind Exchange Proposal Is a Job Killer, Say Pros - Kristen Parillo, Tax Notes ($). The measure could actually hurt revenue, Pajonas [Todd R. Pajonas of Legal 1031 Exchange Services LLC] said, because it is based on an incorrect assumption that taxpayers wouldn’t change their behavior if the ability to defer capital gains tax using a section 1031 exchange is restricted. 'Most taxpayers would likely hold onto their investment real estate for a longer period of time instead of selling and recognizing a capital gains tax,' he explained."

Tax Fairness, Economic Growth, and Funding Government Investments - Scott Hodge, Tax Policy Blog. "By any objective measure, the U.S. tax code is extremely progressive and very redistributive. Indeed, a study by economists at the Organisation for Economic Co-Operation and Development (OECD) found that only Israel has a more progressive and more redistributive income tax system than the U.S. among the leading industrialized nations." 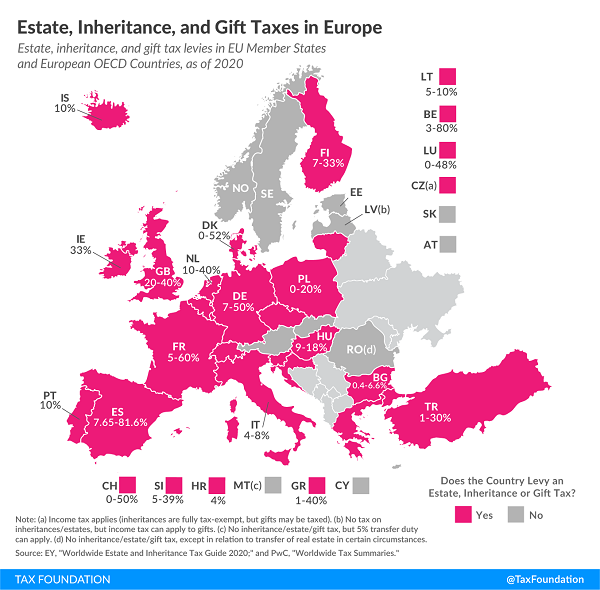 Still Owed Stimulus Check Money? The IRS Can Make Adjustments When You File Your 2020 Taxes - Bob Mason, TaxBuzz. "Not everybody received the stimulus checks that they were owed, and as a result the IRS has created a new function – a recovery rebate credit – that people can use to claim their stimulus check."

2021 1st Quarter Published Expatriates - International Tax Blog. "The number of published expatriates for the quarter was 228."

California Lawmakers Approve PPP Conformity Bill - Paul Jones, Tax Notes ($). "The bill specifies that forgiven PPP loans and federal advance grants provided under the Economic Injury Disaster Loan program aren’t treated as income, ensuring that businesses won’t pay state tax on those aids. Also, eligible expenses that were paid for with forgiven PPP loans and federal advance grants would be deductible. However, the measure differs from federal rules by barring some businesses from taking deductions for those expenses — specifically publicly traded companies and businesses that didn’t experience a 25 percent reduction in gross receipts in 2020 compared with 2019."

Dance with me because it's International Dance Day! OK, dance with someone who can actually, well, dance.