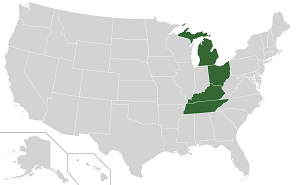 The doctor cited a Sixth Circuit case saying that the payments should be treated as corporate distributions, which are typically tax-free to an S corporation shareholder. Unfortunately for the doctor, he is in the Fifth Circuit, and the Tax Court is not obligated to follow Sixth Circuit rules in that case. A unanimous Tax Court found in favor of the IRS:

Notably, the split-dollar regulations govern the taxation of such arrangements, not only for income and gift tax purposes, but also for employment tax purposes. See sec. 1.61-22(a)(1), Income Tax Regs. (“This section provides rules for the taxation of a split-dollar life insurance arrangement for purposes of * * * the Federal Insurance Contributions Act (FICA), the Federal Unemployment Tax Act (FUTA), * * * and the Self-Employment Contributions Act[.]”). It is well established that an S corporation “cannot avoid Federal employment taxes by characterizing compensation * * * as distributions of the corporation's net income.”

But if a corporate employer could characterize benefits paid to employees under compensatory arrangements as section 301 “distributions,” the employer could avoid paying a substantial amount of taxes that fund programs like Medicare and Social Security. An S corporation might even offer its rank-and-file employees a few shares of stock. By converting each employee into a “shareholder,” the employer could avoid paying employment taxes on split-dollar insurance benefits, contrary to Treasury's evident purpose in promulgating these rules.

The moral? The entire Tax Court is convinced that S corporation fringe benefits, including split-dollar insurance, are taxable as wages. You may get a better deal if you live in the Sixth Circuit, but I think the Tax Court has it right.

IRS Reminds Taxpayers of April FBAR Deadline. So What! - Russ Fox, Taxable Talk. "But the IRS press release left out a significant issue vis-a-vis the April 15th deadline for the FBAR: There is an automatic extension until October 15th.  There are no penalties and no issues at all with filing the FBAR between April 16th and October 15th."

Got Gifts? Then you've got an April 15 deadline. - Ama Archibald, Eide Bailly. "The extension of the due date for 1040 Individual returns to May 17th does not extend the due date for the Form 709 Gift tax returns to May 17th. If the 1040 return is not being extended by 4/15 with Form 4868 along with the 1040, taxpayers should separately extend the gift tax return. This is done on Form 8892."

Push For Research Tax Incentives Gains Traction In Congress - Alan K. Ota, Law360 Tax Authority. "Several key Democrats in both chambers said there were strong prospects for extending full expensing of research and development costs before its scheduled expiration at the end of the year in order to boost innovation and strengthen domestic manufacturing."

Conservation Appraisers Strike Back At IRS With Class Action Suit - Peter Reilly, Forbes ($). "Battered in Tax Court by the IRS, hounded by the Department of Justice seeking criminal charges and injunctions and beleaguered by class action attorneys SCE appraisers are fighting back with a class action lawsuit against the Internal Revenue Service and the Treasury along with some individually named IRS agents."

Appraiser In Alleged $3B Easement Scheme Gets Lifelong Bar - Joshua Rosenberg, Law360 Tax Authority. "An appraiser the Internal Revenue Service accused of taking part in an abusive conservation easement scheme worth some $3 billion was permanently barred by a Georgia federal judge Monday from participating in easement deductions."

Md. Bill To Bar Passing On Digital Ad Tax Goes To Gov. - Maria Koklanaris, Law360 Tax Authority. "Large online companies such as Google and Facebook would be prohibited from passing along the cost of a new tax on digital advertising in Maryland under a bill sent Monday to the state's governor."

IMF Tax Proposals: Shrink Inequality or Sink Post-Pandemic Recovery? - Christina Enache, Tax Policy Blog. "Taxing the rich has gained support during the COVID-19 crisis in many countries and especially in low-income ones. Argentina, Bolivia, Colombia, Chile, Peru, and Mexico have either proposed or implemented levies on net wealth. However, Argentina only collected 2 percent of what was projected to be collected with its version of a one-time wealth tax."

How Biden’s No-Tax Pledge Could Sink His Climate Change Initiative - Howard Gleckman, TaxVox. "But, as the president himself would say, here’s the deal: No serious carbon tax can exempt roughly 98 percent of households from a tax increase. While the president has made fighting climate change one of his top long-term priorities, he has effectively precluded a carbon tax—arguably the single most effective tool to accomplish this goal."

The evidence presented at trial established that Defendant has owned and operated a nail salon business, Nails Unlimited, in Kearney, Nebraska since 2009. From around February of 2009, Defendant would skim the cash and check payments of the business by cashing a majority of all customer checks received at the business and by conducting currency exchanges in which he would exchange small bills for $100 bills. Credit/Debit card transactions at the business would automatically be deposited into the business bank account, however, cash and check payments were rarely deposited into the business account. Defendant willfully failed to report the cashed customer checks and currency received as part of his gross income on his yearly tax return.

How could any of this go wrong? This way:

In July of 2017, an IRS Special Agent interviewed Defendant about his nail salon business and about his practice of cashing customer checks and exchanging customer cash payments.

See you after lunch. Today is National Make Lunch Count Day. "Taking a break from the workday improves productivity. That includes taking a lunch break. Leaving the office or even your desk for 20-30 minutes to refuel also reinvigorates your creative juices. Our brains and bodies need the daily break. When you return, you’ll be refreshed and ready for new ideas and approaches to whatever your job throws your way."