Publication note: There will be no Roundups tomorrow, July 3, or Monday, July 6, as Eide Bailly takes off to celebrate Independence Day. If something big happens, though, we'll be on it! Have a great Fourth.

House Passes Extension of Paycheck Protection Program - Natalie Andrews, Wall Street Journal. ($) "The bill passed the House with no objections on Wednesday and now heads to the president’s desk for a signature. The White House hasn’t said whether President Trump supports the bill."

Treasury Goes Back to Old Rules for Housing Credit Compliance - Eric Yauch, Tax Notes ($). "The government has reversed course and is now reverting to earlier sample-size requirements that are used for compliance monitoring when low-income housing tax credits are being sought."

IRS Extends Tax Filing Deadline For Victims Of April Tornadoes - Kelly Phillips Erb, Forbes. "Now, the Internal Revenue Service (IRS) has announced that victims of the April tornadoes, severe storms, and flooding that took place in parts of Mississippi, Tennessee, and South Carolina, will have until October 15, 2020, to file various individual and business tax returns and make tax payments."

Mississippi Enacts Marketplace Facilitator Law - Lauren Loricchio, Tax Notes. "With the legislation, Mississippi joins most other states, which have adopted marketplace facilitator legislation. Florida and Missouri are the remaining states with a sales tax that have yet to do so."

If you are selling into other states, it's easy to trigger collection liability. Having to come up with unpaid sales taxes for several years can be painful.

Appeals Court Rules Trust Taxable on California-Source Income - Andrea Muse, Tax Notes ($). "The California Court of Appeal, First Appellate District, held June 29 in Steuer v. Franchise Tax Board that the state statute requiring apportionment of trust income based on the residency of the trustees applies only to non-California-source income, reversing the lower court." 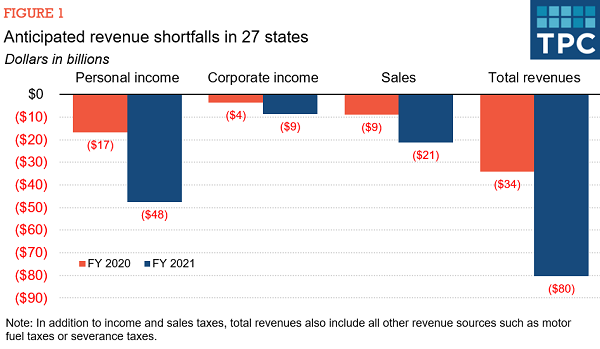 "Every state that has updated its forecast predicts a significant decline in revenue."

The same applies for attaching documents with your SSN to an e-mail. Use a secure portal or secure encryption to transmit tax things electronically.

PPP and PATC Developments - Roger McEowen, Agricultural Law and Taxation Blog. "The IRS recently proposed regulations clarify that the reduction of the personal exemption deduction to zero for tax years beginning after 2017 and before 2026 does not affect an individual taxpayer’s ability to claim the PATC."

The French digital services tax has a 3 percent rate and applies to revenues connected to provision of a digital interface or advertising services based on users’ data. It only applies to businesses with more than €750 million in global revenues and €25 million in France. This model is being replicated in dozens of countries across the world.

The problem with this approach to taxation is twofold.

Beer Taxes in Europe - Elke Asen, Tax Policy Blog. "According to EU law, every EU country is required to levy an excise duty on beer of at least €1.87 per 100 liters (26.4 gal) and degree of alcohol content, translating to approximately €0.03 per 330ml (11.2 oz) beer bottle at 5% abv. As today’s map shows, only a few EU countries stick to the minimum rate; most have decided to levy much higher excise duties." 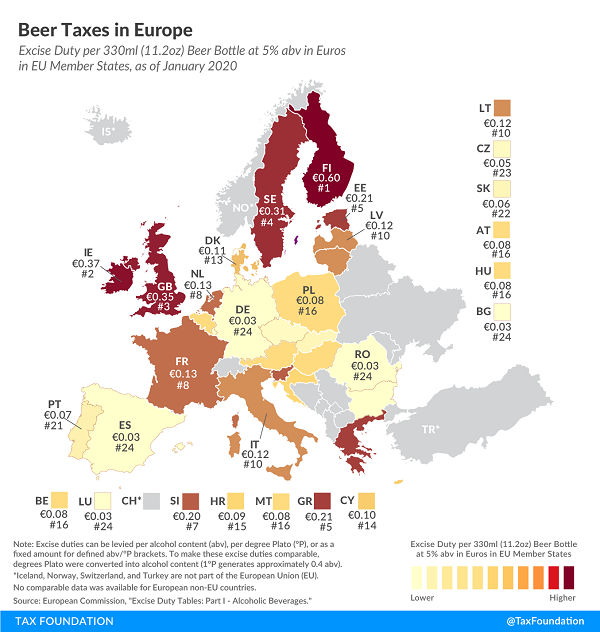 Somehow I picture a college-age me coming in to Casey's with a bag of loose change found around my trailer and struggling to choose between my tax obligations and gas for my '74 Ford.

It's interesting that Casey's requires an explanation, but Ace Cash Express speaks for itself.

So no reason to delay the fireworks. Have a great weekend!