Pelosi, Mnuchin Work to Reach Deal Before Tuesday Deadline - Kristina Peterson, Wall Street Journal ($). "While both sides said they were still working toward a deal Monday night, both Mrs. Pelosi and White House chief of staff Mark Meadows spoke coolly at times of the other party’s priorities, a sign that finger pointing over a lack of an agreement could begin swiftly if Tuesday’s deadline is missed."

Even if they agree on something, it's not clear it can pass in the Senate, according to the article.

IRS: DFS Is Wagering (Gambling) - Russ Fox, Taxable Talk. "Unfortunately, while DFS clearly involves substantial skill to be a consistent winner, that is completely irrelevant as far as whether or not it is a wagering (gambling) activity."

In Recent Ruling, IRS Again Concludes That Daily Fantasy Sports Are Gambling - Tony Nitti, Forbes. "And while that may make those who play DFS happy, how the IRS reached that conclusion will set off a panic among DFS operators."

Some of the news accounts seemed from my quick reading to indicate that the payment of such large amounts contributed to Smith's obtaining an NPA [non-prosecution agreement].  My experience is that a taxpayer's willingness to pay large amounts relative to the tax fraud involved will not achieve an NPA.  Many clients I have had when  a criminal tax investigation starts will ask, can I just pay and move on.  My standard line is that, if you are within DOJ Tax's prosecution priorities, payment will achieve no benefit; indeed at this point, the CI investigator and DOJ Tax prosecutor just wants to nail a conviction even if the tax, penalties and interest are never paid (that's hyperbole, but not  much).

If I understand correctly, it is unwise to cheat on taxes with the idea that if you are caught, you just pay up and move on, at least if you don't have a bigger fish to feed to the tax man. And the other fish could turn you in first.

Not content simply to make money illegally, Schwartz also went to great lengths to hide the money from the tax authorities. Checks were made out to Schwartz instead of his law firm, and he deposited those checks into his personal bank account, rather than his law firm bank account. To disguise the cuts payable to those performing services for the law firm, Schwartz wrote out checks to “cash” rather than the individuals. Sometimes, he simply paid in cash, even leaving funds in a barbecue grill in the backyard of his personal residence for pick up.

People who make money committing crimes for some reason tend not to worry much about following the tax laws either.

A Failure to Secure Timely Supervisory Approval for a 20% Noneconomic Substance Penalty Precludes the IRS from Later Asserting that Penalty at a 40% Rate - Chaim Gordon, Tax Cases & Controversies. "These holdings further develop the law surrounding the section 6751(b)(1) supervisory approval requirement and reinforce the need for taxpayers and their advisors to closely examine whether the IRS has obtained timely supervisory approval for each asserted penalty."

Entertainment is still defined objectively, based on whether the activity is of a type “generally considered” to constitute entertainment, amusement, or recreation, whether or not related to or associated with the active conduct of the taxpayer’s business, but taking that business into account (e.g., a theatrical performance is not entertainment to a professional critic who must view the show to write a review). And food and beverages provided at an entertainment activity must be treated as part of the nondeductible entertainment expense unless those expenses are separately purchased or their cost is separately stated.

7 tips for a safe and tax-smart benefits open enrollment during COVID-19 - Kay Bell, Don't Mess With Taxes. "Some things, however, never change. The key considerations of cost and coverage remain the same. Just make sure you understand them and select what's best for you and your family this open enrollment period."

Education Of A Tax Court Judge - Peter Reilly, Forbes. "So between his bachelor's and law school, Judge Lauber spent three years studying literature in ancient Greek and Latin. Judge Lauber told me that the study of Greek, in particular, is what helped make him a textualist."

Lesson From The Tax Court: §6662 Penalties Treated As One For Supervisory Approval Requirement - Bryan Camp, TaxProf Blog. "The decision seems in tension with prior Tax Court opinions that treat §6662 as containing multiple penalties for supervisory approval purposes, including an opinion by the same judge about the same taxpayer!"

New Hampshire Files Complaint With U.S. Supreme Court Over Massachusetts Reg - Tax Analysts. "New Hampshire has filed a motion for leave with the U.S. Supreme Court to file a bill of complaint requesting that the Court hear its constitutional challenge against Massachusetts's recently promulgated regulation imposing its income tax on nonresident remote workers; the bill of complaint alleges that the regulation violates both the federal commerce clause and the due process clause by taxing a New Hampshire resident for work performed entirely in New Hampshire."

Maine Won't Tax Remote Workers During Pandemic - Aaron Davis, Tax Notes. "In an October 19 tax alert, Maine Revenue Services (MRS) clarified that employers should continue to calculate an employee’s withholding as if the Maine resident was still working out of state." 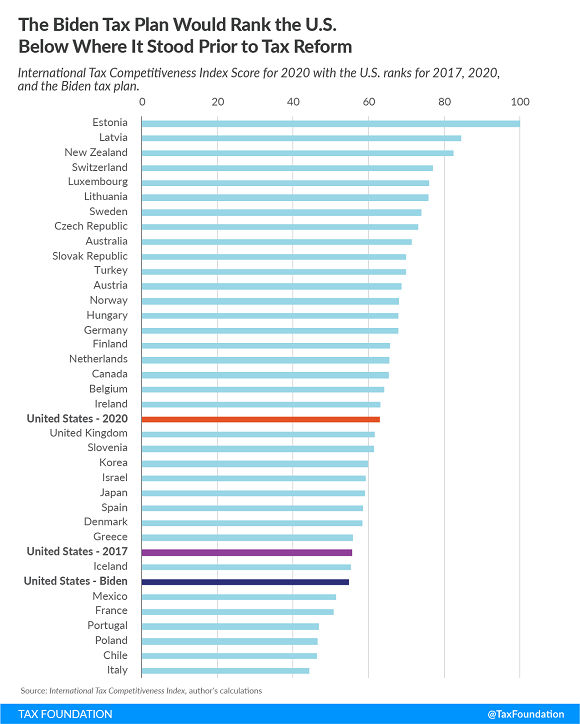 What Trump’s Tax Returns Reveal About Wealth Inequality And Slower Economic Growth - C. Eugene Steuerle, TaxVox. "One way the very rich avoid tax is through the discretionary nature of the individual income tax for investors. That is, the income from appreciated property (capital gains income) is not included in taxable income until the underlying asset is sold, a discretionary step taken by the investor."

Blueprint for Building an International Tax Convention - Nana Ama Sarfo, Tax Notes Opinions. "The report is striking in its willingness to think big. One of the most ambitious proposals is a binding U.N. convention on tax matters."

Today in History: The Senate ratifies the Louisiana Purchase on this date in 1803, paving the way for much of Eide Bailly's current geography.