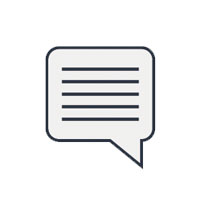 CONTACT US TODAY!
Questions about a specific situation? Our professionals are here to help.
Submit Request

Tax reform legislation—informally called the Tax Cuts and Jobs Act—represents the most significant overhaul of our tax law in more than 30 years.

Tax reform is here to stay. Here are the top reasons why you need to care.

Here are some of the key individual-related provisions included in the act.

Individual Tax Rates
The act retains seven rate brackets for individual income tax but modifies the rates to 10 percent, 12 percent, 22 percent, 24 percent, 32 percent, 35 percent and 37 percent, and generally increases the income thresholds at which each bracket applies. The new rates are effective beginning in 2018 and are scheduled to expire, or “sunset,” and return to 2017 rates, unless future legislation is enacted, after 2025.

The following tables show the 2018 tax brackets under the act for individuals filing single and married filing jointly returns:

The act reduces the highest tax rate for individuals from 39.6 percent to 37 percent and eliminates the so-called “marriage penalty” for all but the highest tax bracket. The tax rate brackets, as well as standard deductions and other amounts, will be indexed for inflation using a new method called “chained consumer price index.” This method is expected to generally result in smaller annual increases than under the old indexing method.

Standard Deduction and Itemized Deductions
The standard deduction is doubled to $24,000 for joint filers and $12,000 for single filers, and the amounts are indexed for inflation. The act retains the additional standard deductions for the elderly and the blind. Congress hoped to achieve a degree of simplification with the act; many individuals may now be able to avoid itemizing deductions due to the increased standard deduction.

The act includes several provisions modifying itemized deductions, or suspending them, for tax years beginning after December 31, 2017, and before January 1, 2026. Specific changes include:

Other Deductions
The act repeals the moving expense deduction, and the exclusion from gross income for qualified moving expense reimbursements, subject to an exception for active duty members of the military. Effective for divorce agreements executed after December 31, 2018, alimony payments will not be deductible by the payer and will not be taxable income to the recipient. The act also repeals the deduction for personal exemptions.

Child Tax Credit
The act doubles the child tax credit to $2,000 per qualifying child, with $1,400 of this amount refundable. The AGI level at which the credit phases out increases to $400,000 for married individuals filing joint returns and to $200,000 for single filers. A $500 nonrefundable credit for qualifying dependents other than children is also included in the act.

Education Savings (Section 529 Plans)
The act modifies the definition of qualified higher education expenses to include tuition and other eligible expenses of public, private or religious elementary and secondary schools. But, tax-free distributions for elementary and secondary schools are limited to $10,000 per year per student. This provision is effective for distributions made after 2017 and does not sunset after 2025.

ABLE Account Contributions
Effective for tax years 2018 through 2025, an ABLE account’s designated beneficiary can contribute an additional amount to the account after the contribution limit is reached. The additional amount is limited to the lesser of 1) the federal poverty line for a one-person household or 2) the individual’s compensation for the tax year. The designated beneficiary can claim the saver’s credit (section 25B) for contributions to the ABLE account.

Carried Interest Holding Period
The act extends to three years the holding period requirement for gains related to certain partnership interests transferred to, or held by, a taxpayer in connection with the performance of services (so-called “carried interests”) to be taxed at long-term capital gains rates. While not entirely clear, it appears the three-year holding period requirement applies to gains on sales of assets by an applicable partnership as well as gains on sales of an applicable partnership interest. This provision will generally affect general partners of private equity funds, hedge funds, real estate funds and other investment partnerships.

Individual Mandate Penalty
Beginning in 2019, the act reduces to zero the excise tax for individuals who fail to maintain qualifying health insurance as required by the Affordable Care Act. This provision also does not sunset after 2025.

Estate, Gift and Generation-Skipping Tax
The act doubles the basic exclusion amount available to each individual from $5 million to $10 million (before indexing). For 2018, the indexed basic exclusion amount is expected to be approximately $11.2 million. This is another temporary provision that sunsets after 2025.

The estate and gift tax exemptions are a significant component of tax reform that has impacted many taxpayers.

Planning in Uncertain Times
As noted above, many of the act’s provisions affecting individuals are slated to sunset after 2025. Some provisions will require Treasury regulations, IRS guidance, or additional legislative action through technical corrections, in order to clarify their effect. In addition, many states will now consider changes to their income and estate tax laws as a result of the act. Effective planning will likely require that you work closely with your tax adviser to model planning alternatives under various assumptions.

Certain Minnesota state income taxpayers may see an adjustment on their individual income tax return due to an error in the Minnesota Instruction Booklet. Here’s what you can expect.

The IRS recently released proposed regulations that may reduce the estate tax exemption available for transfers that are treated as includible in a decedent’s gross estate after 2022. Here’s what you need to know.

Texas Returns to Origin Sourcing: Refund Claims May be Due by May 15, 2022

A recent ruling by the Texas Supreme Court will have a direct impact on taxpayers that are service providers conducting business in Texas. Here’s what you need to know about the Sirius XM decision.