From the TIGTA report (my emphasis):

The eGain Corporation is the dedicated managed service provider (MSP) for the TDC platform. The TDC platform, including its 12 installations in production, are stored on the eGain platform in a Federal Risk and Authorization Management Program authorized Amazon Web Services GovCloud. Production servers on which the TDC platform resides are encrypted to protect TDC installation data, and configuration settings for password length and complexity are in compliance with Federal and local requirements.

However, Federal Risk and Authorization Management Program security reviews for continuous monitoring are not being conducted by the IRS to ensure that the Amazon Web Services GovCloud's security posture remains sufficient for the TDC platform. Two critical and three high severity rated antivirus software releases were not installed on the TDC platform, and it was using an outdated version of the antivirus software for approximately one year.

The chances for a big political blow-up next year over the IRS might only be growing.

It’s not totally clear whether Senate Republicans would want to be as aggressive as the House GOP in going after IRS funding next year, no matter if they win the majority or not.

For instance, Republicans on the Senate Finance Committee wrote a letter to IRS Commissioner Chuck Rettig last week that asked for further details on how the agency planned to spend the $80 billion it’s scheduled to get over the next decade — including in some areas where GOP tax writers (and Democrats, for that matter) want to see real improvements, like taxpayer services and technology.

"On that very first day that we're sworn in, you'll see it all changes," McCarthy said. "Because on that very first bill, we're going to repeal 87,000 IRS agents." His comments come on the heels of a bill introduced in the House, the IRS Reduction Act (HR 8769), which would rescind "unobligated balances of all amounts appropriated" by the Inflation Reduction Act for the IRS.

Rachel Snyderman of the Bipartisan Policy Center, citing a report on the administration of the EITC and CTC released by her organization, noted that more than three-quarters of paid preparers are unenrolled and that their competency can vary greatly. That report notes that an IRS study of unenrolled preparers’ competence found that one in four failed.

Former IRS Commissioner John Koskinen endorsed setting minimum competency standards for paid preparers, especially on matters of concern for low-income taxpayers like EITC or CTC eligibility. Such standards could both reduce the high improper payment rate in programs like the EITC and give eligible taxpayers more confidence to claim those benefits with less fear that their preparer will make a mistake that triggers an IRS audit, he added.

The problem with preparers isn't a lack of certification. It's the tax law. Plenty of preparers with credentials make mistakes, sometimes terrible ones, despite passing the exams and keeping up their CPE.

It's already difficult to get people into the profession, and many current preparers are aging out. Adding new barriers to entry isn't going to make it easier for taxpayers to find filing help. And the assumption that the IRS will get this task right is questionable.

The IRS Announces New Per Diem Rates Effective October 1, 2022 - Bailey Finney, Eide Bailly. "The notice is effective for any per diem allowance paid for lodging, meal, and incidental expenses after October 1, 2022, the beginning of the U.S. Government’s fiscal year. Rev. Proc. 2019-48 provides further rules and explanation to the per diem methods, and the specific rates are indexed annually by a notice."

IRS Outlines Plan Amendment Deadlines to Reflect Legislation - Tax Notes ($). "The IRS has extended (Notice 2022-45) the deadline for amending a retirement plan, including an IRA or annuity contract, to reflect recent legislation that provides special tax treatment to a coronavirus-related distribution or a qualified disaster distribution." 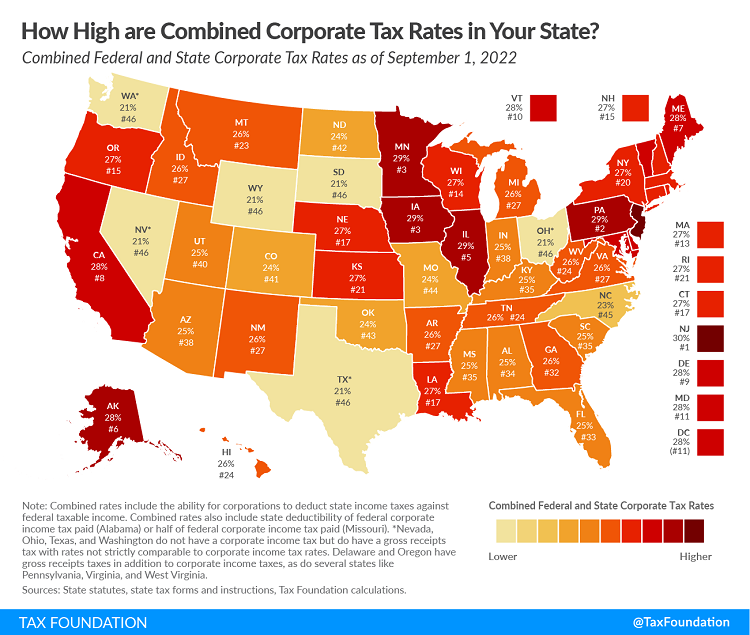 Extended Tax Filing Deadline | Commonly Overlooked Tax Disclosures - Andrew Mirisis, Freeman Law. "U.S. persons (and executors of estates of U.S. decedents) file Form 3520 with the IRS to report certain transactions with foreign trusts, ownership of foreign trusts under the rules of sections 671 through 679, and receipt of certain large gifts or bequests from foreign persons. A separate Form 3520 must be filed for transactions with each foreign trust. A section 6677 penalty applies if the Form 3520 is not timely filed or if the information is incomplete or incorrect."

Newman Daughters’ Lawsuit Against Foundation Pivots on Tax Code - Jared Johnson, Bloomberg. "The allegations in an Aug. 23 lawsuit filed by two of Paul Newman’s daughters are common to hijacked estates everywhere. This particular case will hinge on how the court interprets whether the actions of the Newman’s Own Foundation’s CEO violated the Internal Revenue Code, says White & Williams LLP attorney Jared Johnson."

The overreaction to the Truss macro policy - Tyler Cowen, Marginal Revolution. "The Truss plan offers many admirable deregulations, including an attempt to get the UK economy to build more residential structures, as it so badly needs. It is difficult to say now just how successful this plan will be, but it is definitely a step in the right direction, as are most of the other deregulations, including lifting the ban on onshore wind generators. By calling the Truss plan the worst thing ever, commentators make it unlikely that these ideas will get the approbation they deserve."

Mini-budget 2022: Liz Truss’ not so mini budget! - Henry Lowe, Mercer & Hole. "There were headline-grabbing changes made to the rates of income tax. Whilst the fall in the basic rate of income tax from 20% to 19% from 6 April 2023 was an acceleration of a policy announced by the former chancellor, there was also the shock move of eliminating the top 45% income tax rate altogether from April 2023. Anyone with income over £50,270 will pay a top rate limited to 40% and pay no tax on the first £500 of savings. Interestingly, hidden in the detail, we are pleased to confirm that the top rate of tax on dividends (38.1%) has similarly been scrapped."

How inaccurate is the IRS Version of the Sweden Treaty (pretty inaccurate) - International Tax Blog. "I looked at another version of the treaty as provided by a tax research service, and realized that there were actually 18 words missing from Article 19, paragraph 4."

Spanish prosecutors accused the entertainer in 2018 of failing to pay 14.5 million euros ($13.9) in taxes on income earned between 2012 and 2014. Prosecutors are seeking an eight-year prison sentence and a hefty fine if she is found guilty of tax evasion.

Shakira, 45, has repeatedly denied any wrongdoing and rejected a deal with authorities to avoid going to trial. Her public relations firm has said that she has already paid all that she owed and an additional 3 million euros ($2.8 million) in interest.

The case hinges on where Shakira lived during 2012-14. Prosecutors in Barcelona have alleged the Grammy winner spent more than half of that period in Spain and should have paid taxes in the country, even though her official residence was in the Bahamas.

Math and logic. A long-standing feature of the individual tax law is the annual limit on capital loss deductions. Individuals can deduct capital losses in excess of capital gains only to the extent of $3,000 on most returns. This is an example of the tax law principle "heads I win, tails you lose."

An Ohio couple used math and boolean logic to bypass the limit on their 2017 1040. Tax Court Judge Copeland explains (my emphasis):

Because we have jurisdiction to determine the correct amount of tax, we analyze the allowable amount of capital loss, despite the fact that petitioners did not properly contest the math error notice.

When calculating their capital loss, petitioners argue that part of the text included in the Schedule D controls. They suggest this Court use an “If-Then-Else” conditional approach to determining the loss. This approach is a common command in many programming languages and works in the following way: if a condition is met, then take action X, else take action Y.5 Petitioners argue this approach comports with “well established, published and readily available authorities on English language, logic (both classic conditional reasoning and computer programming) and mathematics.” Using this approach, petitioners interpreted line 21 of Schedule D as directing them to deduct a capital loss of $123,822 because negative $123,822 is mathematically smaller than negative $3,000.

Section 1211(b) likewise refers to losses as positive numbers and limits the amount of capital losses deductible on Form 1040, whereas section 1212(b)(1) allows for the excess to be carried over to the succeeding taxable year. Section 1211(b) specifically provides that when the taxpayer's7 losses exceed gains from the sale or exchange of capital assets, the taxpayer may claim only the “lower of” two numbers, $3,000 or the excess of such losses over such gains. (Emphasis added.)

Early in the Biden administration, there was talk of "marking to market" unrealized capital gains. Such a system almost requires a waiver of capital loss limits. Until then, $3,000 is it.

Crushing it. It's starting to get chilly in the morning, so it's appropriate that today is National Scarf Day. If it's too warm for wool where you are, it's also National Crush a Can Day, if you have the strength.