A retroactive extension of full research and development expensing and a one-year doubling of the refundable research tax credit are likely out of Senate semiconductor incentive legislation because of progressive Democrats, according to a Senate Finance Committee member.

Sen. Todd Young, R-Ind., told Tax Notes July 20 that the R&D relief is more likely to be included in a year-end tax package, citing the objections of progressive Democrats who have been pushing for an extension of the child tax credit that was included in the Build Back Better Act (H.R. 5376).

Year-end should be interesting.

Draft Bill Seeks 25% Tax Credit For Chipmaking Investment - Asha Glover, Law360 Tax Authority ($). "The advanced manufacturing investment credit would equal 25% of the qualified investment for each taxable year, according to a draft amendment to H.R. 4346. The credit would not be available to foreign entities and would apply to property placed in service after Dec. 31 and to any property that begins construction before Jan. 1, 2023, though it would be limited to the basis attributable to the construction, reconstruction or erection after the bill's enactment."

How ‘Build Back Better’ started, and how it’s going: a timeline - Lindsey McPherson, Roll Call. "President Joe Biden last year asked Congress to pass more than $4 trillion worth of infrastructure and economic proposals. Progressive Democrats sought to bump that up to $6 trillion. Now Democrats will be lucky to pass just a fraction of that before the midterm elections this fall."

Former National Taxpayer Advocate Nina Olson told Law360 it's not out of the question that Comey and McCabe were both randomly selected for audit under the NRP. Depending on the criteria the agency selected for returns to be examined under the program, there may have been a relatively small population of returns to pick from, she said. The pool of possible candidates shrinks as you go up the income ladder, she said.

"You'd have a very small population that you would choose a representative sample of," she said. "It's completely reasonable that this happened through the machine."

Most conspiracy theories assume more competence among conspirators than the evidence supports.

The biggest increase in the IRS budget would go to taxpayer services, an oft-criticized function in recent years as the agency’s success rate at answering phone calls plummeted and calls skyrocketed during and after the pandemic. Taxpayer services would get a 23 percent budget increase.

The IRS’s enforcement section would get a 13 percent increase, as would funding for business systems modernization, while operations would see an 8 percent decrease.

No spending bills have even been introduced in the Senate.

Aging Workforce a Top Concern for the IRS - Jonathan Curry, Tax Notes ($). "The IRS predicted that 15 percent of its current staff of auditors will retire over the next three years."

The British government proposed a domestic minimum 15% corporate tax rate Wednesday, which is being rolled out to prevent revenue from being lost when the globally agreed minimum tax rules become active.

The legislation will ensure that the minimum tax rate in the U.K. matches the internationally agreed-upon minimum of 15%. Under the global agreement, if one country fails to tax a multinational company at a corporate rate of at least 15%, another country has the right to claim the difference.

The future of such legislation in the U.S. is uncertain.

Companies typically may deduct employee pay from their income for U.S. tax purposes, as a business expense. (Employees are taxed when receiving the pay.)

Congress has increasingly denied this tax deduction to companies for the pay they give to top executives. The Republican tax overhaul in 2017 ended the deduction for any pay over $1 million a year for top officers of publicly traded companies, as well as some others. Until then, companies could generally deduct certain officers’ pay over $1 million only if it was sufficiently tied to performance.

The executives are taxed on their paychecks at effective rates of around 40%, so the government makes out pretty well here, at the cost of sound tax policy. Also, non-U.S. companies get to deduct their executive compensation, putting their U.S. competitors at a disadvantage. Maybe Congress isn't really equipped to manage compensation policies of public companies. 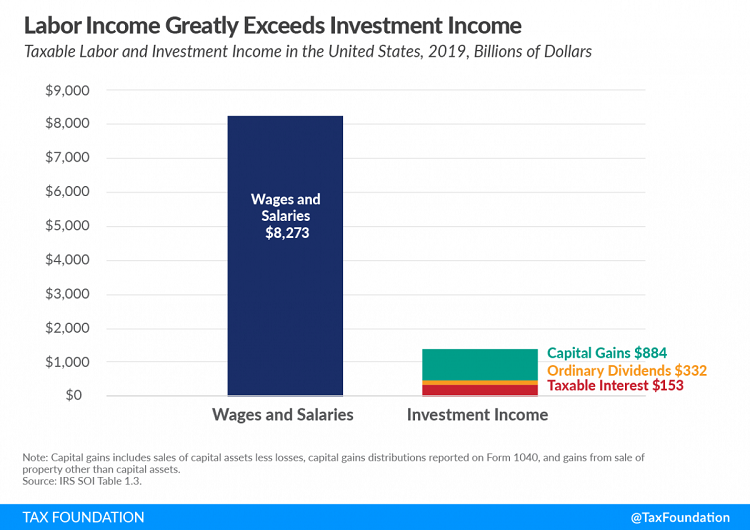 IRS' new 5-year plan aims to improve taxpayer service - Kay Bell, Don't Mess With Taxes. "And yes, this strategic plan does appear in many regards to be performative. In fact, as I was reading it, I immediately picked up on terms that, based on my years of working for Uncle Sam and private employers, are perfect for drinking games and/or buzzword bingo."

If Musk Settles With Twitter, Taxes Play A Part - Robert Wood, Forbes. "Musk probably isn’t thinking about taxes in this Twitter war. But can a payor deduct breakup fees as a business loss or expense? Termination fees are paid when an deal does not happen. This means capitalization is usually irrelevant. If the would-be acquirer drops a few billion when a court blocks a proposed merger, it will usually have no problem deducting the cost of the breakup. However, in some cases a fee paid to terminate one deal can be characterized by the IRS as a cost of carrying out a second transaction."

Do You Need a Tax LL.M. to Land a Great Job Right Now? - Kelly Phillips Erb, Bloomberg. "The cost of additional education isn’t insignificant. In most cases, you must be prepared to pay for an additional year of law school tuition, plus expenses. According to U.S. News and World Report, the average cost of law school for one year ranges from $29,074 for in-state public schools to $51,268 for private schools. Remember those are averages—costs for top schools easily can top $100,000 for one year."

Assignment-of-Income Doctrine Precludes Taxpayer's Charitable Deduction - Parker Tax Pro Library. "The court also concluded that a donor advised fund packet submitted with the taxpayers' return did not qualify as a contemporaneous written acknowledgement because it was a pre-donation document."

Is the IRS Being Reasonable when it comes to “Reasonable Cause”? - Virginia La Torre Jeker, Virginia - US Tax Talk. "In the international/foreign context 'reasonable cause' takes on particular significance. There are a vast array of international foreign information returns required of US persons who engage in non-US transactions or have ownership interests in a non-US entity. These forms include Internal Revenue Service (IRS) Forms 5471, 5472, 3520, 3520-A, 8938, 926, 8865, 8621, 8858 as well as others.  Hefty civil penalties are assessed for failures to file them, but 'reasonable cause' is a defense to most international information return penalties."

The "specialized knowledge" thing seems to come up frequently in tax scams. Yes, the tax law is hard, and there is such a thing as specialized knowledge. But those specialties are in more esoteric areas of the tax law, like accounting methods, partnerships, international tax, and qualified retirement plans. There aren't any occult secrets to get big tax refunds on wage income.

Like every other day. It's National Junk Food Day!