In a May 26 letter to IRS Commissioner Charles Rettig, the taxwriters were especially critical of the agency’s apparent decision not to be forthcoming about the returns’ destruction; rather, they noted, the news came out only after it was mentioned in a report by the Treasury Inspector General for Tax Administration.

“It is concerning that despite repeated requests from the tax professional community and Congress, the IRS never disclosed that among the measures taken to reduce the backlog was the decision to destroy 30 million information returns,” the senators wrote.

Much of the money flows to high-income people in California, New York and New Jersey, while those in Illinois, Massachusetts, Minnesota and Connecticut are likely saving hundreds of millions of dollars as well. But it isn’t just a phenomenon in high-tax Democratic states. The proliferating workarounds mark a rare case where a state-tax policy trend has been swift, national and bipartisan, and Utah, Georgia, Arizona, South Carolina and Kansas now have similar laws.

Both the ACLI and the American Bankers Association highlighted Publication 590-B (2020), “Distributions From Individual Retirement Arrangements (IRAs),” which included examples implying “that the 10-year rule did not require RMDs in years one though nine, only full distribution within ten years.”

Rhode Island governor to sign measure legalizing marijuana - Reid Wilson, The Hill. "New marijuana products will be taxed at about 20 percent, about average among other states where recreational pot sales are legal. Rhode Island will levy a 7 percent sales tax, cities and towns will add a 3 percent sales tax, and products will be subject to an additional 10 percent tax that is likely to add millions of dollars to state coffers."

Window closing for US to implement global corporate tax deal - Laura Weiss, Roll Call. "If congressional leaders can’t scrape together a filibuster-proof tax and spending package that includes implementation of the 15 percent global minimum tax, it could complicate international tax negotiations Treasury officials have touted as a top priority."

Biden's advocate for taxing the rich to leave White House - Kate Davidson and Daniel Lippman, Politico. "Kamin, who is on leave as a professor from New York University Law School, was a chief architect of Biden’s plans to raise taxes on wealthy Americans to pay for his sweeping social spending plans, and wrote a widely circulated memo in 2015 on 'How to Tax the Rich.'" 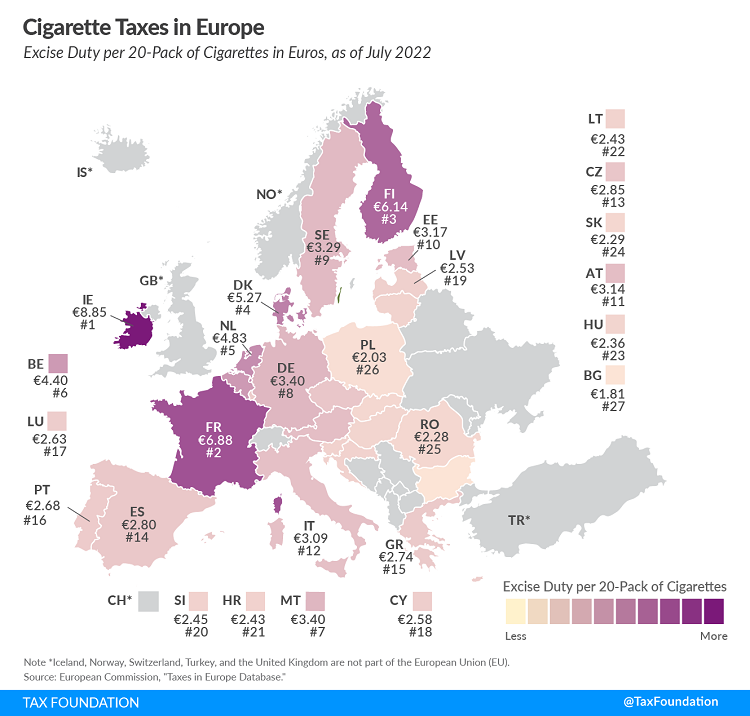 30th Anniversary of Quill Decision - Annette Nellen, 21st Century Taxation. "Finally, another case got to the Court - Wayfair, and the Court concluded 'that the physical presence rule of Quill is unsound and incorrect.'"

Crushed by Crypto Losses? Here Are Some Tax Tips. - Alexis Londis, Bloomberg via Washington Post. "Need I point out that you should never let fear of paying higher rates for short-term gains make you hold onto a crypto investment for longer than you’d like?"

Consider a charitable gift as part of your Memorial Day observation - Kay Bell, Don't Mess With Taxes. "Yes, the federal government does provide budgetary resources. However, you can directly contribute via the National Park Foundation, the official charitable partner of the National Park Service."

Retail Sale of Drugs Found to be a Qualified Trade or Business for §1202 Purposes - Ed Zollars, Current Federal Tax Updates. "IRC §1202 provides for a full or partial exclusion of gain from the disposal of qualified small business stock held for more than five years... Only certain types of businesses can qualify as a qualified trade or business, something necessary for gain on the sale of the stock to qualify for a §1202 exclusion."

Government Suit to Enforce JDS to Offshore Promoter - Jack Townsend, Federal Tax Crimes. "The Government has concerned about whether Wessell produced the summonsed records or properly accounted for the summonsed records in a privilege log... The Government knows that Wessell did not fully comply because the production list does not identify some customers otherwise known to the IRS from other sources including the OVDP and voluntary disclosure initiatives and from productions on other JDS."

A Primer on the Employee Retention Credit (ERC) - Matthew Roberts, Freeman Law. "There are various rules and requirements to claim the ERC.  These include:  (1) attribution rules; (2) eligibility rules; and (3) rules related to recovery startup businesses."

CBO: The Government’s Era Of (Nearly) Free Money Is Over, At Least for Now - Howard Gleckman, TaxVox. "The Congressional Budget Office, in its just-issued Budget and Economic Outlook, forecasts a hair-raising increase in federal borrowing costs over the next decade. CBO estimates that net interest as a share of Gross Domestic Product (GDP) will roughly double over the next decade—from 1.6 percent to a decidedly uncomfortable 3.3 percent. That’s a significant increase from last year’s forecast of 2.7 percent."

Net Operating Losses—Policies, Effectiveness, and Alternatives - Patrick Cox, Brian Kenney, and Myra Benjamin, Bloomberg. "Indeed, as the Supreme Court succinctly stated in Lisbon Shops v. Koehler, 'Those [NOL rules]... were enacted to ameliorate the unduly drastic consequences of taxing income strictly on an annual basis. They were designed to permit a taxpayer to set off its lean years against its lush years, and to strike something like an average taxable income computed over a period longer than one year.'"

In 2018 the Colombian-born singer paid over €20 million to settle a dispute over her 2011 tax liability, which was beyond the statute of limitations for criminal tax disputes but was pursued by the Spanish tax authority through administrative means. In late 2018 prosecutors indicted Shakira for tax fraud, alleging that she claimed to be a resident of the Bahamas when she was actually residing in Spain during 2012-2014.

In July 2021 an investigator for the Spanish tax agency challenged claims by Shakira's lawyers during a pretrial hearing that she was not a tax resident of Spain before 2015. The investigator told the court there was no evidence that Shakira spent any time in the Bahamas after 2012, and that she was in Spain for at least the 183 days required under law to establish residency for a tax year.

I wonder how hard it is to reconstruct the whereabouts of an international celebrity.

Say Cheese. It's National Smile Day! Even though it is also back-to-work day?