Today's the day. Thanks to the Washington, D.C. celebration of Emancipation Day, April 15 is on April 18 this year. By midnight local time, all extensions and non-extended 1040s need to be e-filed or postmarked.

Why it matters. First, if you owe, you incur a failure to file penalty of 5% for "each month or part month" your return is filed after the deadline. One day is part of a month, so filing tomorrow triggers the penalty. If you successfully file your return or extension today, the worst you face is a failure to pay penalty of 1/2% per month or part month. Filing or extending can reduce your penalty by 90%.

Pay what you can, even if you aren't sure yet what you owe. If you are at least 90% paid in, you owe only interest on a timely extended or filed return. No penalties are due.

What if you need more time to pay? Again, pay what you can to minimize penalties. If you need a more time to come up with the cash, you may be able to qualify for a payment plan online at the IRS website.

E-file, whether you are extending or filing your return. You get quick confirmation that your filing is accepted, and you don't have to worry about your paperwork spending months unread in the bottom of a mail bin in Utah, or being lost in a postal disaster. Anyone can file an extension for free at IRS.gov

E-pay, too. It's no fun arguing with the IRS that you really mailed that check. The IRS has online options for paying either directly from a bank account or using a credit card. Most states have similar options at their department of revenue websites.

It's better to extend than amend. Nobody wants to file their return twice. There is no evidence that filing an extended return increases your risk of audit, but there is plenty of evidence that filing errors attract IRS attention. Yes, filing later means the statute of limitations theoretically runs later, but it starts later as well. In 35-odd years of practice, I have never seen it matter.

If you insist on using the mail, or if you have to for some reason, document your filing. The cheapest way is to use Certified Mail, Return Receipt Requested. Keep the postmark. If your filing gets lost or delayed in the mail, it's up to you to prove you sent it on time. A certified mail postmark is to an IRS late notice like a cross is to a vampire.

But remember, post offices staying open late on tax day has gone the way of rotary phones. If you push the deadline past the post office closing time and you can find an late-night Fed-Ex or UPS store, you can still file. You have to use the right level of service - for example, UPS Next Day Air works, but not UPS Ground. You also have to mail to the correct IRS service center street address, as private delivery services can't deliver to post office boxes. Save your shipping documents.

C-Corporation 1120s for calendar year filers are also due today. They may also be extended, and any balances due should be paid today.

If you have been day trading this year and it hasn't gone well, today is the last day to make an election under Section 475(f) to take your 2022 losses as ordinary losses, rather than capital losses. Capital losses are deductible only to the extent of gains, plus $3,000 per year. If you make the election, your gains will also be ordinary, and your year-end unrealized gains may be taxable.

IRS reminders about April 18 deadline for last-minute filers and others - IRS:

Employment taxes are due April 18 for household employees including housekeepers, maids, babysitters, gardeners and others who work in or around a private residence as an employee if they were paid $2,300. For more information, see Publication 926, Household Employer's Tax Guide.

The deadline to submit 2021 tax returns or an extension to file and pay tax owed this year falls on April 18, instead of April 15, because of the Emancipation Day holiday in the District of Columbia. Taxpayers in Maine or Massachusetts have until April 19, 2022, to file their returns due to the Patriots' Day holiday in those states.

The first quarter estimated tax payment for 2022 is also due on April 18. Taxpayers are encouraged to check their withholding for 2022 after they've filed their 2021 tax return. It can protect against having too little tax withheld and facing an unexpected tax bill or penalty at tax time next year. It can also help taxpayers adjust their tax withheld up front, so taxpayers receive a bigger paycheck and smaller refund at tax time.

Lots of taxpayers still were in for a range of surprises during this filing season, often because of a string of policy decisions that Democrats made since taking control of Washington at the beginning of 2021.

Pro Tax’s Brian Faler broke down how and why some taxpayers got more than they expected from the government this year, while others were left puzzled by what was on their returns.

In Praise of Tax Day: A Celebration of Citizenship and Fiscal Mindfulness - Joseph Thorndike, Tax Notes:

Taxpaying is not strictly about coercion; it is mediated and limited by law, as well as politics (to the extent that those two can be distinguished from each other).

Ultimately, tax day provides an opportunity to contemplate all this — initially, at least, without judgment. Eventually, however, judgment is normal and appropriate in any political context. And done right, tax day can be the launching point for rethinking and reshaping the boundaries of fiscal citizenship.

Bah. Humbug. The opportunities for contemplation would be just as normal and appropriate in October.

Tax Day 2022 Is Arriving: Here’s What to Know - Richard Rubin and Laura Sanders, Wall Street Journal ($). "Bottom line: If you can’t pay, you should still file. Ignoring this problem will likely make it worse."

Joe Biden earned $378,333 as president, and Jill Biden earned $67,116 from Northern Virginia Community College, where she has taught English for years. The president’s salary is normally $400,000 a year, but Biden did not assume the presidency until Jan. 20 last year. The Bidens also earned $61,995 in royalties from their books with the rest of their income coming from pensions, annuities, IRA distributions and Social Security benefits.

Bidens paid 24.6 percent tax on $610K income, return shows - David Lerman, Roll Call. "The Bidens made $17,394 in contributions to 10 charities, the largest of which was a $5,000 donation to the Beau Biden Foundation, a nonprofit that aims to protect children from abuse. The foundation is named in honor of the president’s son who died of brain cancer in 2015."

Elyse Katz was an IRS revenue agent during the 2018-2019 government shutdown, which kept most federal employees at home for five weeks. Katz, now a senior manager of tax controversy and procedure at Eide Bailly, said it took nearly 18 months to recover from that shutdown.

When Katz saw that IRS processing centers needed to shut down for even longer due to the pandemic, her thought was “they will never recover from that,” she said.

And so far they haven't.

Business of Tax: A Good Accountant Is Getting Hard to Find - Emily Hollingsworth, Tax Notes ($):

The decline in new blood is something Joe B. Kristan of Eide Bailly LLP has observed when giving annual seminars to return preparers at the Iowa State University Center for Agricultural Law and Taxation.

“There are a lot of gray hairs in the audience,” Kristan said. “We need a lot of new people coming in.”

With Thursday's signing of H.B. 1691 by Mississippi Gov. Tate Reeves, a Republican, more than half of states now permit a tax on pass-through entities, such as partnerships, at the entity level. Washington, D.C., allows a credit for such taxes paid to other jurisdictions.

Under such arrangements, which are elective in every state except Connecticut, owners of pass-through businesses may receive a federal tax deduction and either a state tax credit or an exclusion. In November 2020, Treasury and the IRS indicated via a notice that they found such taxes acceptable and said they would issue guidance, although that guidance has still not materialized. A few states had adopted entity-level taxes before the agencies' notice, but after it, the number more than tripled.

As not all states treat such entity taxes as eligible for their resident credit for taxes paid in other states, the choice to elect to pay entity taxes isn't always easy.

The sales pitch that the IRS is investigating was previously described to the Journal by current and former employees, and in training and sales documents reviewed by the Journal. AmEx encouraged businesses, including eye doctors, McDonald’s franchisees and payroll companies, to use AmEx to pay vendors and employees through wire or card transactions. Salespeople told the businesses that they could deduct the resulting fees as expenses, the Journal previously reported. Salespeople also told the businesses they could transfer the rewards points they’d earn to a certain AmEx card, and then the business owner could convert those points into untaxed cash, the Journal reported.

Rewards points generally aren’t considered income for individuals who generate them when they make personal purchases. It is less clear-cut when there is a separation between the entity earning the reward—the business—and the individual receiving the awards.

The hopes of reviving Build Back Better — albeit significantly altered and likely with a different name — comes after Sen. Joe Manchin (D-W.Va.) deep-sixed a roughly $2 trillion, House-passed bill late last year. Since then they’ve struggled with when, or how, to revive the issue with most of the political oxygen focused on a Supreme Court vacancy and Russia’s invasion of Ukraine.

But Democrats are signaling they want to turn back to the spending plan that was meant to be the center of a stalled legislative agenda after a current two-week break even as they face many of the same hurdles and intraparty tensions that plagued the 2021 talks. 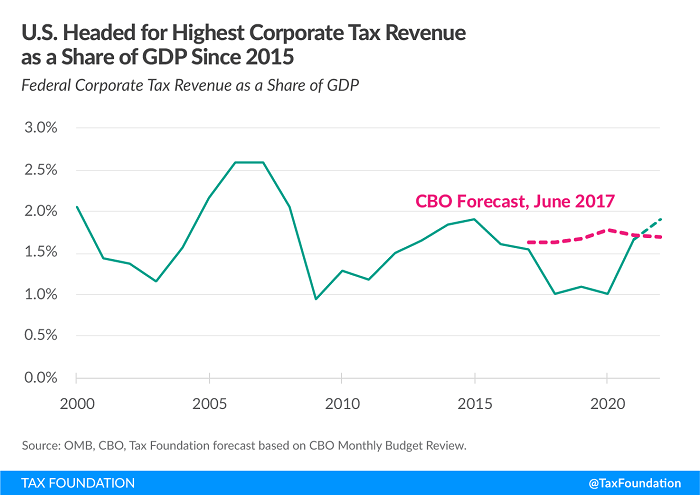 Bozo Tax Tip #1: No Tax Form, No Income! - Russ Fox, Taxable Talk. "This individual is filing his first tax returns.  He just graduated college, and is self-employed.  He (thankfully) did keep good books and records, but no one sent him a 1099-NEC (several businesses should have) so his uncle told him he didn’t have to report anything."

Independent Economy Council Reports Many 1099 Workers Troubled By Tax Obligations - Peter Reilly, Forbes. "As IEC explains it independent workers do not have the convenience of having taxes withheld automatically form their paycheck. And that is a problem for a lot of them. According to the survey 47% are not setting money aside for taxes every month. 49% are not making quarterly estimated tax payments. 46% are worried about being audited. As of late March 18% hadn't started their 2021 tax filing. 40% won't have the money to pay the balance due. 63% are concerned they will owe more than they thought."

Dial, redial, repeat - Barbara Heggie, Procedurally Taxing. "After dialing PPS sixteen times, each attempt involving a must-listen to various recorded messages, I made it onto the queue. Huzzah!"

Electronically Filing Your Return This Filing Season is Crucial and What You Need to Do if Your 2020 Return is Still Unprocessed - NTA Blog. "In my 2021 annual report, I implored the IRS to address the barriers taxpayers face when they want to e-file their return, especially when the rejection is due to the inability to include an IRS required form or schedule with the return. To reduce the burden imposed on taxpayers and the IRS, the IRS should explore how it can minimize the rate of occurrence of e-file rejections."

Why Another Brutal Filing Season for The IRS May Not Help It Get More Funding - Janet Holtzblatt, TaxVox. "Simply put, while we know that spending money on enforcement will yield a positive net return, audits are politically unappealing to many lawmakers."

Not only is today tax day, it's National Velociraptor Awareness Day! There is no record or the IRS accepting a dinosaur attack as an excuse for late filing, so be careful.