WASHINGTON — The Internal Revenue Service today reminded taxpayers how to avoid common errors on their tax returns. This filing season, the IRS is seeing signs of a number of common errors, including some taxpayers claiming incorrect amounts of the Recovery Rebate Credit and Child Tax Credit.

To avoid errors on these common credits, there are some key steps people should remember. Taxpayers should refer to Letter 6419 for advance Child Tax Credit payments and Letter 6475 for third Economic Impact Payment amounts they received– or their Online Account – to prepare a correct tax return. Claiming incorrect tax credit amounts can not only delay IRS processing, but can also lead to adjusted refund amounts.

With the IRS still working to clear last year's filings, you don't want to do anything that requires an actual IRS employee to do something. The IRS outlines other ways to avoid mistakes that can hang up your return:

File electronically. Taxpayers can use their computer, smartphone or tablet to file their taxes electronically, whether through IRS Free File or other e-file service providers, to help reduce mistakes. Tax software guides people through each section of their tax return using a question-and-answer format. Enter information carefully. This includes any information needed to calculate credits and deductions. Using tax software should help prevent math errors, but taxpayers should always review their tax return for accuracy.

Answer the virtual currency question. The 2021 Forms 1040 and 1040-SR ask whether at any time during 2021, a person received, sold, exchanged or otherwise disposed of any financial interest in any virtual currency. Taxpayers should not leave this field blank but should check either "Yes" or "No."

And this underrated tip:

Request an extension, if needed. Taxpayers who cannot meet the April 18 deadline can easily request a six-month filing extension to October 17 and prevent late filing penalties. Use Free File or Form 4868. But keep in mind that, while an extension grants additional time to file, tax payments are still due April 18 for most taxpayers.

It's always better to extend and get it right the first time than to hurry up and make a mistake by April 18.

Gov. Gretchen Whitmer (D) on March 18 vetoed S.B. 768, which proposed to reduce the individual income tax rate from 4.25 percent to 3.9 percent and provide a $500 nonrefundable income tax credit for each dependent younger than 19 years old.

The bill also proposed to allow individuals who elected to take the unrestricted retirement income deduction and still had some retirement or pension benefits, such as a retirement annuity policy or public pension, to take an additional $20,000 deduction for single filers and $40,000 for joint filers against those pension or retirement benefits.

The Missouri Senate advanced S.B. 807 by voice vote Monday. The omnibus tax bill would allow pass-through entities to elect to pay income tax. The tax would equal the sum of each member's income and loss items reduced by the deduction allowed for qualified business income multiplied by the highest tax rate for state personal income, which is currently 5.4%.

Under current law, shareholders of a pass-through entity pay income tax on their pro rata share of the entity's income attributable to Missouri for the tax year. Nonresident members of pass-through entities would not be required to file a tax return for tax years when the only income derived from the state for that member is from one or more affected business entities that have elected to pay the pass-through entity tax, according to the bill.

The pilot program, established January 14 in Rev. Proc. 2022-10, 2022-6 IRB 473, and targeted at processing requests for letter rulings within 12 weeks, has been well received, Kelton P. Frye of the IRS Office of Associate Chief Counsel (Corporate) said March 22 on a webcast hosted by the District of Columbia Bar Taxation Community.

Of course, letter rulings come at a price. The IRS standard user fee for letter rulings is $38,000 this year. That doesn't count the professional time needed to draft it. If you are spending that kind of money, it seems like you deserve a fast answer.

When asked which potential upcoming domestic tax policy changes would have the greatest impact on their organization, 55% chose corporate tax rate changes; 24% chose a corporate minimum tax; 14% selected employment tax; and 7% selected sales and use tax.

“The prospect of expansive tax legislation is fading,” said Simmens. “Nonetheless, tax executives are keeping one eye on developments in Washington while diligently executing tax strategies under current law to strengthen their businesses. It’s important that tax leaders consider the potential impact of new tax laws on their businesses, while taking into account the sheer unpredictability of any tax legislative activity.”

States Are Cutting Taxes. Can They Afford It? - Alan Greenblatt, Governing:

“This is very much a year with an emphasis on tax cuts, in red and blue states alike,” says Jared Walczak, vice president of state projects at the Tax Foundation. “Revenues are up substantially, and revenue forecasters anticipate future growth.”

But good times never last forever. Some fiscal experts are worried that states are setting themselves up for a fall. To a large extent, states are flush due to influxes of money that won’t be repeated.

“I see this as a temporary increase in revenues that we’re likely going to see dry up in the next year or two,” says Kim Rueben, director of the State and Local Finance Initiative at the Urban-Brookings Tax Policy Center. “If they end up passing permanent income tax rate cuts, they’re digging themselves a pretty serious hole.” 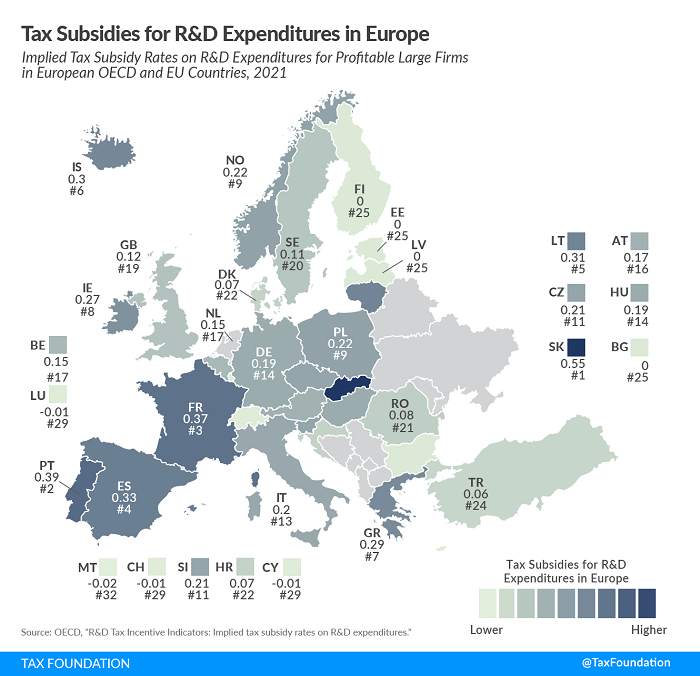 The New Economics of Meals & Entertainment Expenses - Patrick Richardson, Tax Warrior Chronicle. "The new rules permit a 100% deduction for meals provided by restaurants. The IRS defines restaurants as, 'businesses that prepare and sell food or beverages to retail customers for immediate on or off premises consumption.' The new rules continue the already-established meal deduction of 50% for all other non-restaurant meals, which include pre-packaged food that, in most cases, comes from grocery stores. "

If you thought NFTs were crazy, wait til you see how they’re taxed- Sam Sutton, Politico. "At the most basic level, using crypto to purchase NFTs can trigger a capital gains event for both the buyer and the seller. Depending on the NFT, owners could also wind up on the hook paying more taxes if their new token confers ownership of a physical asset or additional economic benefits."

Tips to Avoid Capital Gains Taxes - Bob Mason, TaxBuzz. "No matter how smart an investor you are, there’s a good chance that some of your picks have delivered less-than-stellar results. The good news is that you can put your losses to good use by selling them and then using the loss to offset gains you’ve made in other investments."

7 ways to pay your tax bill - Kay Bell, Don't Mess With Taxes. "3. Direct Pay: This e-pay way is similar to EFW, but you push the payment out to the IRS rather than having it pulled from your account. You decide which account, for example, checking or savings, you want to use. Direct Pay also is free, doesn't require any preregistration, and payments can be scheduled up to 365 days (yep, a year for all y'all very long-planning taxpayers) in advance."

Single Women and Taxes: What to Know When Filing This Year - Jill Gianola and Margaret Price, Bloomberg. "For single mothers struggling to afford costly child care, the expanded Child and Dependent Care Tax Credit—CDCTC—provides added relief. Under tax year 2021 rules, you can claim a credit of up to $4,000 if you have one child and up to $8,000 if you have two or more children. That credit is nearly four times higher than it was in the prior tax year."

Can daughter deduct real estate taxes on home she inherited from her mother without a will? - Ilyce Glink and Samuel Tamkin, Washington Post ($). "Here’s the interesting part: It doesn’t matter who receives the tax bills for the home or whether the tax bills are in the name of one person or another. When it comes to filing a federal income tax return, the person who owns the home gets to deduct the real estate taxes that were paid for the home."

There’s a tricky cryptocurrency question on your tax return. ‘You’re playing with fire if you don’t report it.’ - Kate Dore, CNBC. "You’ll need to respond to a yes-or-no question about virtual currency, regardless of whether you “engaged in a transaction” in 2021, according to the agency."

Circuits Split On Conservation Easement Perpetuity Regulation - Valuation Remains Critical - Peter Reilly, Forbes. "It is worth noting the emphasis that Judge Lauber placed on valuation in his introduction to the Tax Court opinion. Judge Holmes in his dissent indicated that the fight should be about valuation."

Whirlpool Sends the Tax World Spinning - David Stewart and Andrew Velarde, Tax Notes Opinions. "See, Whirlpool had looked to take advantage of the Mexican maquiladora incentive scheme, which allows tax and duty free importation of materials if the finished goods are exported out of the country. Whirlpool received a tax ruling from Luxembourg confirming WOM's sales income was attributable to a Mexican permanent establishment and therefore not taxable in Luxembourg. The income was not taxable in Mexico either because WOM was not considered to have a Mexican permanent establishment by that tax authority and the Luxembourg-Mexico tax treaty. Because of U.S. tax deferral, the income was also not immediately taxed in the U.S."

According to court documents, Defendant, 57, currently of Columbia, South Carolina, was a long-time IRS employee who most recently worked as a Supervisory Associate Advocate with the IRS’s Taxpayer Advocate Service in Philadelphia, Pennsylvania. For the years 2012 through 2016, Defendant prepared and filed with the IRS individual income tax returns on which he claimed false deductions and expenses associated with rental properties he owned, fictitious real estate taxes on his personal residence and made-up charitable contributions. On his 2013 tax return, Defendant also deducted nearly $16,000 in false expenses associated with his employment with the U.S. Army Reserves. Although Defendant was formerly a member of the U.S. Army Reserves, he did not perform any reservist duty in 2013 and was not entitled to deduct any expenses related to that employment. In total, Defendant admitted to causing a loss to the IRS of more than $74,000.

Court documents also show that after the IRS began an audit of Defendant’s 2013 and 2014 tax returns, Defendant attempted to obstruct the audit by submitting fictitious documents to the IRS. For example, to justify the false deductions and expenses on his tax returns, Defendant created and submitted receipts from a church, invoices from a contractor and a letter from the Department of the Army. After learning he was under criminal investigation, Defendant later submitted some of the same fraudulent documents to IRS-Criminal Investigation.

The IRS says that increasing their ability to regulate preparers will result in more honest tax preparation. Cases like this call that into question.

Can I pet him? Today is National Puppy Day!