The IRS announced on February 7th that it will transition away from using the private facial recognition service ID.me to verify IRS.gov accounts.

"The IRS announced it will transition away from using a third-party service for facial recognition to help authenticate people creating new online accounts. The transition will occur over the coming weeks in order to prevent larger disruptions to taxpayers during filing season," according to an IRS statement.

IRS, under fire from critics, moves away from use of facial recognition technology - Michael Cohn, Accounting Today:

The IRS still wants to safeguard taxpayers from identity theft after a number of its online self-service tools such as Get Transcript have been exploited in recent years by cybercriminals who stole identifying information from millions of taxpayers (see story). During the transition period, the IRS said it would quickly develop and bring online an alternative authentication process that doesn’t involve facial recognition. The IRS also plans to continue to work with other parts of the government to develop authentication methods that protect taxpayer data and allow broad access to online tools.

IRS Abandons Plan To Require Taxpayers To Scan Their Face To See Their Tax Returns After Firestorm Of Criticism - Paul Caron, TaxProf Blog. "Following up on last week's post, The IRS Wants To Scan Your Face:  IR-2022-27 (Feb. 7, 2022), IRS Announces Transition Away From Use of Third-Party Verification Involving Facial Recognition:"

In the world of facial recognition technology, the so-called 1:1 face match, in which a user’s face is matched against a self-provided picture like a selfie, is generally regarded as a safe method, although it has its detractors. Matching a photo against a lineup of possibilities, known as a 1:many face match, raises a slew of privacy, security, accuracy, and racial bias concerns. ID.me uses 1:1 matching, but its founder, Blake Hall, recently revealed that the company does an initial 1:many match during enrollment for government programs that are frequently targeted by organized crime, like unemployment benefits programs.

GOP Aims To Renew Larger Cap On Biz Interest Deductions - Alan Ota, Law360 Tax Authority. "Several senior Republicans said they would insist on moving a renewal of the 2017 Tax Cuts and Jobs Act's  formula for capping deductible business interest expenses at the sum of 30% of earnings before interest, taxes, depreciation and amortization, or EBITDA, with any extensions of temporary tax breaks, or extenders. Without such action, a less generous framework would take effect this year, capping business interest deductions at about 30% of earnings before interest and taxes."

Battling the Backlog - Bernie Becker, Politico. "The IRS is currently trying to work through a massive paper backlog that was magnified by the pandemic — including maybe nine million tax returns that need further processing, as well millions of other pieces sent from taxpayers."

Ex-Broadcasting Co. Owners On Hook For $25M, Tax Court Says - Theresa Schliep, Law360 Tax Authority ($). "James Slone and Norma Slone and their trusts are on the hook for Slone Broadcasting Co.'s taxes, penalties and interest for 2001 that resulted from a tax shelter known as the Midco transaction, the Tax Court said in a memorandum opinion."

You can find the opinion here. A "Midco" transaction used when a seller of a corporation wants to get taxed on a stock sale, without recognizing gain on the appreciation of assets within the corporation, but the buyer insists on an asset purchase. Tax Court Judge Lauber explains:

Although Midco tax shelters took various forms, they shared several key features. These transactions were chiefly promoted to shareholders of closely held C corporations that had large built-in gains. The shareholders, while happy about the gains, were typically unhappy about the tax consequences. They faced the prospect of paying two levels of income tax on these gains: the usual corporate-level tax, followed by a shareholder-level tax when the gains were distributed to them as dividends or liquidating distributions. And this problem could not be avoided by selling the shares. Any rational buyer would insist on a discount to the purchase price equal to the built-in tax liability that he would be acquiring. See Tricarichi I, 110 T.C.M. (CCH) at 371.

Promoters of Midco transactions offered a purported solution to this problem. An “intermediary company” affiliated with the promoter — typically a shell company, often organized offshore — would buy the shares of the target company. The target's cash would transit through the Midco to the selling shareholders. After acquiring the target's embedded tax liability, the Midco would engage in a sham trans-action purporting to offset the target's realized gains and eliminate the corporate-level tax. The promoter and the target's shareholders would agree to split the dollar value of the corporate tax thus avoided. The promoter would keep as its fee a negotiated percentage of the avoided corporate tax. The target's shareholders would keep the balance of the avoided corporate tax as a premium above the target's true net asset value (i.e., assets net of accrued tax liability).

These cases often include ugly fights where the IRS asserts "transferee liability" on the selling shareholders for corporate taxes, because the corporation has gone away. In this case, the sellers and a trust they established were assessed over $24 million in taxes computed on the corporation gain.

REITs Checking Their Leases in Wake of Ruling Revocation - Chandra Wallace, Tax Notes ($). "Because the lease payments were subject to annual adjustments based on the lessee’s annual revenue — a measure that the IRS found to be analogous to income and profits — they “do not qualify as rents from real property under section 856(d)(2)(A),” it said."

Iowa DOR Provides Guidance on New Composite Return Requirements - Tax Notes ($). "The guidance clarifies the new composite return requirements; the definitions of passthrough entities and nonresident members who may be exempt from the requirement; and the conditions under which nonresident members who are individuals and are included on a composite return will not be required to file Iowa income tax returns."

You can find the guidance here: Iowa Composite Returns for Tax Year 2022 and Later. Iowa has allowed composite returns and has had a widely-ignored and poorly-run withholding system for pass-through entities. For years starting after 2021, Iowa has adopted a new system requiring composite filings for non-resident owners of partnerships and S corporations, and for non-resident trust beneficiaries. A few key points:

Proposals in the Iowa legislature would allow an optional entity level tax as a workaround for the federal cap on deductions for state and local taxes, which would probably affect composite filing. 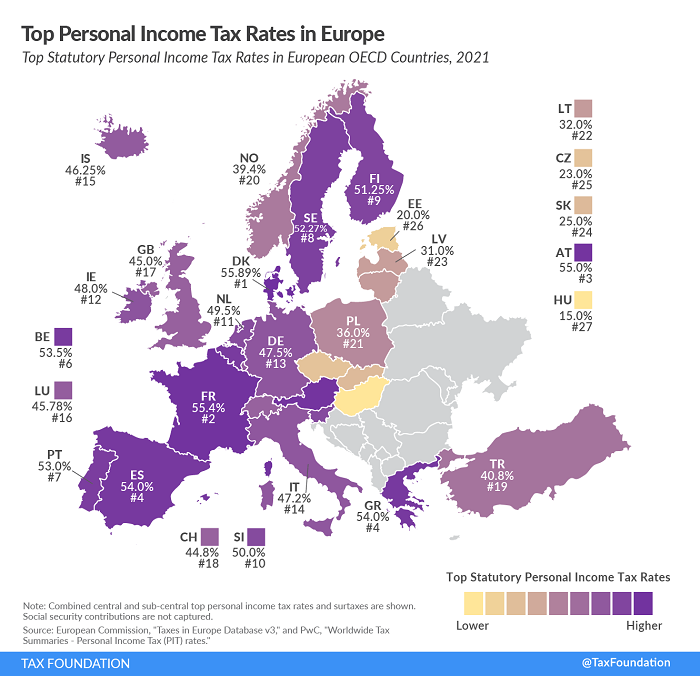 Interim K-2/K-3 Electronic Filing Method Allows Returns to Be Filed Before IRS Gets MeF/XML Support Finalized - Ed Zollars, current Federal Tax Developments. "Advisers have been noting that the IRS does not currently allow filing Schedules K-2 and K-3 electronically via MeF/XML, with the expected dates when such filing will be supported coming just after the original unextended due date for partnerships, but not until mid-June for S corporations.  However, advisers should note that the IRS does provide an interim solution to attach PDFs of the forms to returns filed before the MeF/XML system is operational."

Tax savings likely are part of why popular musicians are selling their catalogs - Kay Bell, Don't Mess With Taxes. "When performers and composers get royalty payments, usually a lump sum once a year, that money is taxed as ordinary income. For high-earning stars, that's at a top 37 percent individual income tax rate. But by selling their catalogs, a capital asset, they face a one-time capital gains tax on the profits. That's a maximum 20 percent long-term capital gains tax rate."

On NFTs, DeFi, DAOs, and Staking: Cryptocurrency Taxation (2022) (Part 1) - Russ Fox, Taxable Talk. "First, the headlines that unsold staked crypto isn’t income are not true.  Everyone is still required to use basic tax principles in determining whether this kind of staking leads to immediate income (or not).  In a later part of this series I’ll look a little more in depth at staking and explain why a taxpayer win in this case might not be a win (and could be a loss for taxpayers)."

Dealing with 1099 Errors - Input Desired - Annette Nellen, 21st Century Taxation. "Some forms, such as Form 1099-C on cancellation of debt might be correct from the issuer's tax requirements, but not correct for the recipient."

Overview: The Disregarded Entity & Check-the-Box - Virginia La Torre Jeker, Virginia - US Tax Talk. "In the US tax world, the most frequently encountered entities that are referred to as “disregarded entities” are single-member LLCs that are formed in the United States, grantor trusts and certain foreign (non-US) entities that make a so-called “check-the-box” (CTB) election on Form 8832."

How the Pandemic Affected the TCJA’s Shift to A Chained CPI Index - Robert McClelland, TaxVox. "As pointed out by my TPC colleague Howard Gleckman, because the chained CPI usually grows more slowly than the CPI-U, inflation adjustments generally are lower and taxes higher. But not always. Now is one of those times when the chained CPI is growing more quickly than the standard CPI."

Qualified Small Business Stock: One of the Code’s Most Significant (And Often Overlooked) Tax Breaks - Jason Freeman, Freeman Law. "For taxpayers other than corporations, § 1202(a) provides that gross income does not include a percentage of the gain from the sale or exchange of qualified small business stock (QSB stock) that has been held for more than 5 years."

Taxpayer Fails to Convince Court That United States Doesn’t Exist - Mary Katherine Browne, Tax Notes ($). "The Tax Court sustained an IRS determination of deficiency and penalties against a consultant who argued that the Internal Revenue Code doesn’t constitute law and the United States is a defunct country."

The Moral? Keep your receipts, just in case the United States really does exist.