The IRS began sending information letters to taxpayers last month about the expanded Child Tax Credit payments and asked taxpayers to save the letters to use when they fill out their 2021 tax return (see story). However, in conjunction with the start of tax season on Monday, the IRS has relaunched a revamped website for the Child Tax Credit with up-to-date information on the amounts to put on their tax returns (see story). Taxpayers and practitioners are being asked to use the information they find on the site. Letter 6419 may contain outdated information, especially for taxpayers who have moved or if their checks or direct deposit payments were undeliverable.

The AICPA and other tax groups recently sent a letter requesting that the service provide targeted relief from the underpayment of estimated tax and late payment penalties and halt all automated compliance actions until the IRS can devote resources to quickly resolve taxpayer issues.

Looking Ahead to the 2022 Filing Season and What to Expect - David Stewart, Marie Sapirie, Beverly Winstead, and Paul Miller, Tax Notes Opinions. "The impact that I'm seeing is that it's really been a lot of frustration amongst the practitioners, people that practice like myself, because we know we can't really help facilitate IRS processing the returns. There's also frustration from the taxpayers because they need their money. They need their refunds."

Filing Season Is Here! IRS Kicks Off With EITC Awareness Day – January 28 - NTA Blog. "Filing season kicked off on January 24 this year. Each filing season comes with challenges for taxpayers such as choosing a qualified return preparer, locating a Volunteer Income Tax Assistance (VITA) site, and understanding the issues to address on their tax returns. The Earned Income Tax Credit (EITC) Awareness Day is a one-day national education program to alert taxpayers to the importance of the EITC and teach them how to claim it properly."

It's not unusual for legislation such as the BBB Act to go through twists and turns on the road to enactment, said Lily Batchelder, assistant secretary for tax policy in the U.S. Department of the Treasury, during a New York State Bar Association online conference. There is "extraordinary public support" for the provisions included in the package, she said.

The proposed increase in the tax on global intangible low-taxed income, or GILTI, to just over 15% would help curb profit shifting, she said. The funding boost for the IRS would improve service and help the agency address the tax gap, the difference between taxes owed and paid, she said.

Entity-tax SALT Cap Workaround Bill Proposed in Iowa House. A bill introduced in the Iowa House of Representatives yesterday (HF 2087) would have Iowa jump on the entity-tax SALT cap workaround bandwagon. The bill, introduced by Rep. Dustin Hite (R-Mahaska), would allow partnerships and S corporations to elect annually to pay Iowa tax at the entity level, with entity owners receiving a credit for the entity tax on their personal Iowa filings.

Similar taxes have been enacted in over 20 other states, mostly after the IRS approved the scheme in Notice 2020-75. Taxes paid at the entity level are deducted at that level, reducing the amount taxable on the federal return. The deduction for taxes paid at the individual level was capped at $10,000 by the 2017 Tax Cuts and Jobs Act. Taxes at the entity level are not subject to the $10,000 limit.

Entities electing to pay the entity tax would not be subject to the mandatory composite returns required for Iowa pass-through entities starting in 2022, but they would have to pay estimated taxes during the tax year. The bill would be effective for 2022.

Given the IRS blessing of the scheme and its adoption in other states, passage of a workaround is likely in Iowa, but the bill ultimately passed may well have changes.

The Biden administration is still banking on enacting some core provisions of the Build Back Better Act this year, even if the package is slimmed down, according to Treasury’s top tax official.

Two such priorities are a substantial boost in funding for the IRS and the international tax reforms needed to bring the United States into compliance with the global minimum tax agreement reached last year, Treasury Assistant Secretary for Tax Policy Lily Batchelder said January 25 at a virtual meeting of the New York State Bar Association Tax Section.

Senate Democrats who were involved in negotiations over the bill before Sen. Joe Manchin (D-W.Va.) blew it up last month say there’s simply not enough room for the expensive tax change, which Republicans argue would benefit wealthy suburban households in blue states.

After temporary expansions meant to help charities stay afloat during the COVID-19 crisis expired at the end of the year, advocates are hoping for a revival.

The March 2020 law allowed an “above the line” deduction of up to $300 for charitable giving in 2020, meaning that the almost 90 percent of taxpayers who take the standard deduction had a new incentive to give. Then in a year-end 2020 law renewing many tax relief provisions, policymakers extended that above-the-line deduction for another year and doubled it for married couples filing jointly, allowing them to deduct up to $600. 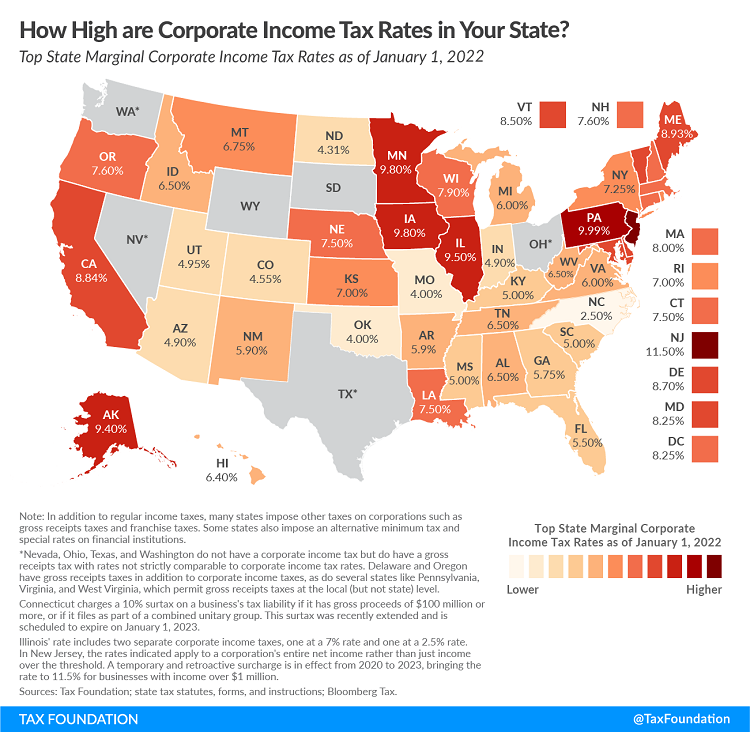 Don't let wrong IRS EIP or CTC letter info stop you from filing your taxes - Kay Bell, Don't Mess With Taxes. "In the meantime, what should taxpayers who get the mailings noting they got a certain amount, do if they didn't receive the money?"

Hug Your Tax Professional: The IRS Is At It Again - Russ Fox, Taxable Talk. "A client was selected for a correspondence exam.  We needed additional time to get the paperwork together; the IRS gave us an additional month (to January 5th).  We sent our response to the IRS on January 3rd.  In yesterday’s mail, the IRS has now assessed the tax with an audit report dated December 27, 2021.  Yes, the IRS ignored the extension it gave."

2021 Tax Refunds May Disappoint - Gordon McNamee, TaxBuzz. "If you are one of the millions of Americans who eagerly await the arrival of your tax refund, we have bad news for you. Like much else about 2021, there's a good chance that this year's check will disappoint. Both the moves made in response to the pandemic's impact and an unexpectedly good year for mutual funds are working against many taxpayers used to sizeable refund checks."

Cybersecurity Within Nonprofits - Eide Bailly. "To begin to answer this question, let’s take the example of the Save the Children Foundation. In 2018, the foundation lost $1 million to a scam conducted via email, known as a phishing scam. Fortunately, this organization was able to recover most of those funds due to their insurance. How would your organization fair should you experience such a scam? What is your threshold for recovery in terms of dollars lost?"

Traded cryptocurrency in 2021? Here's how to approach taxes - Sabrina Parys, Washington Post ($). "If you omit information on your taxes, there’s a risk of penalties, fees and, in severe cases, even tax evasion charges. And with the revision of Form 1040, which now features a direct yes-or-no question on whether you received, sold, exchanged or disposed of cryptocurrency, the IRS is signaling that those who fail to report won’t be able to feign ignorance..."

A Primer on Carried Interest - Heta Parikh, Tax Warrior Chronicles. "In simple terms, Carried Interests are ownership interests in a partnership that share in the partnership’s net profits and losses, held in connection with performing services."

What are the Most Litigated Issues and What’s Happening in Collection? - Keith Fogg, Procedurally Taxing. "No big surprises that the IRS is struggling in its enforcement efforts, that these efforts have declined significantly over the past decade or that they declined significantly during the pandemic.  Still, a pretty bleak picture of the IRS’ ability to pursue meaningful collection action when needed."

FBAR Traps: International Couples, Powers of Attorney - Virgina La Torre Jeker, Virginia - US Tax Talk. "When international spouses of different nationalities live, work and hold assets in multiple countries, FBAR issues multiply. The myriad facts often create difficulties knowing who needs to disclose which accounts on the FBAR. A US person that has a 'financial interest in' or 'signature authority over' foreign financial accounts must file an FBAR if the aggregate value of the foreign financial accounts exceeds US$10,000 at any time during the calendar year."

Fix the Existing Corporate Tax Before Forging a New One - Thrnton Matheson, TaxVox. "The book minimum tax, which would apply to the roughly 300 US corporations with at least $1 billion in income, would not reform the narrow-based, low-rate income tax that applies to most US corporations. Though raising the corporate tax rate proved politically impossible, Congress could raise significant revenue with fewer distortions and greater transparency by broadening the corporate tax base and trimming overgrown incentives."

From a US Department of Justice Press Release (Defendant name omitted): "Taxpayer admitted that, from 2013 through 2019, he was responsible for withholding income taxes and Federal Insurance Contributions Act (“FICA”) taxes from the pay of... employees and was responsible for forwarding those withholdings to the IRS.  However, Taxpayer admitted that for those seven tax years, he failed to forward the money he withheld from his employees’ pay to the IRS, even though he knew he was required to do so."

Remembering the fallen in the spreadsheet wars. Today marks Lotus 1-2-3 Day, the day the first version of the once-mighty king of spreadsheets was released. Spreadsheet jockeys of a certain age will honor the day by dusting off old setup strings and invoking our best slash macros.