Victims of Hurricane Ida in parts of New York and New Jersey now have until Jan. 3, 2022, to file various individual and business tax returns and make tax payments, the Internal Revenue Service announced today. This is comparable to relief provided last week to Ida victims in Louisiana.

The IRS is offering relief to any area designated by the Federal Emergency Management Agency (FEMA) as qualifying for individual or public assistance. In New York, this currently includes Bronx, Kings, New York, Queens, Richmond and Westchester counties, and in New Jersey, it includes Bergen, Gloucester, Hunterdon, Middlesex, Passaic and Somerset counties. Taxpayers in Ida-impacted localities subsequently designated by FEMA in other parts of these states will automatically receive the same filing and payment relief. The current list of eligible localities is always available on the disaster relief page on IRS.gov.

The tax relief postpones various tax filing and payment deadlines that occurred starting on Sept. 1, 2021. As a result, affected individuals and businesses will have until Jan. 3, 2022, to file returns and pay any taxes that were originally due during this period. This means individuals who had a valid extension to file their 2020 return due to run out on Oct. 15, 2021, will now have until Jan. 3, 2022, to file. The IRS noted, however, that because tax payments related to these 2020 returns were due on May 17, 2021, those payments are not eligible for this relief.

There are separate disaster extensions in effect for Ida-affected taxpayers in Louisiana, and for disaster victims in Tennessee, California, and Michigan.

The Case for a Robust Attack on the Tax Gap - Natasha Sarin, Deputy Assistant Secretary for Economic Policy:

The tax gap can be a major source of inequity. Today’s tax code contains two sets of rules: one for regular wage and salary workers who report virtually all the income they earn; and another for wealthy taxpayers, who are often able to avoid a large share of the taxes they owe. As Table 1 demonstrates, estimates from academic researchers suggest that more than $160 billion lost annually is from taxes that top 1 percent choose not to pay.

The article includes a chart: 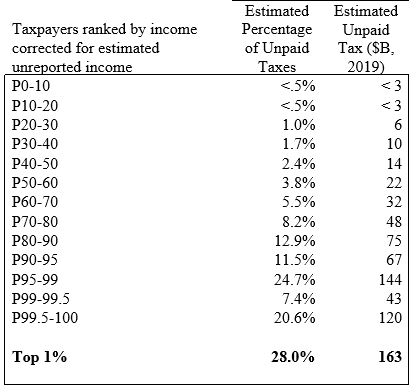 The Treasury is trying to make a political case that those evil 1-percenters are unusually good at cheating on their taxes, and thier article has succeeded in generating headlines like "Treasury: Top 1 percent responsible for $163 billion in unpaid taxes." 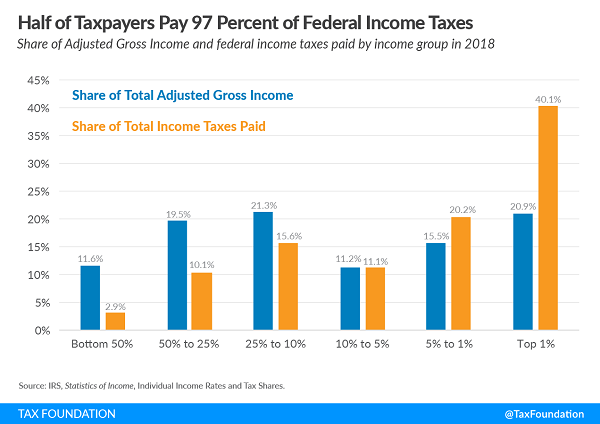 Relative to the taxes they pay, the top 1% appear to be significantly more compliant than the average taxpayer; they carry about 40% of the tax load, but are only responsible for 28% of the tax gap. But "we need to increase IRS funding to examine more small and mid-sized businesses and the cash economy" is harder to sell than "tax the rich."

Democrats Jockey Over Healthcare, Taxes in $3.5 Trillion Package - Andrew Duehren and Kristina Peterson, Wall Street Journal ($). "Democrats are still grappling with the specifics of their proposed tax increases, though they are expected to propose raising the corporate tax rate, tightening the net on U.S. companies’ foreign earnings, raising the top income tax rate and increasing taxes on capital gains. A proposal to tax unrealized capital gains at death has drawn concern from some Democrats who fear it could impact family farms."

The temporary regulations say that the erroneous refunds of the employment credits will be treated as underpayments of taxes, and that the assessments will follow the normal collection procedures for employment tax returns that include advances that exceed claimed credits.

That makes it easier for the IRS to recover excessive credits.

IRS Callback Plan Could Curb Delays, Safeguard Rights - David van den Berg, Law360 Tax Authority ($). "The IRS first rolled out customer callback technology as a pilot on a high-volume phone application in 2019 and has expanded it each year since. Through an automated process, the technology lets callers register their numbers when faced with long wait times and then hang up and wait for a return call when an agency employee is available." 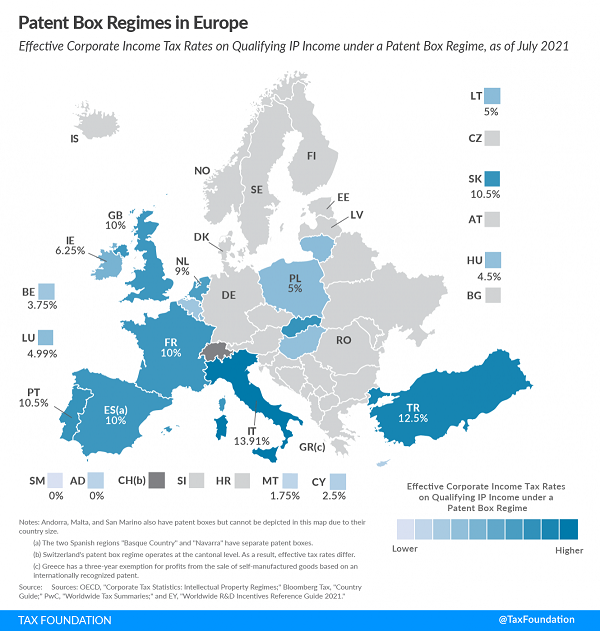 Moving? Let the IRS know - Kay Bell, Don't Mess With Taxes. "Whatever the reasons for your new locale or how long you plan to be there, you need to let the Internal Revenue Service know your whereabouts. The recommended method way to do that is to send the agency Form 8822, Change of Address."

How Long Do You Need to Keep Your Tax Records? - Kelly Phillips Erb, Bloomberg:

If you claim depreciation, amortization, or depletion deductions, you’ll want to keep related records for as long as you own the underlying property. That includes deeds and titles, as well as any receipts for improvements or other adjustments to basis.

If you claim special deductions and credits, you may need to keep your records longer than usual. For example, if you file a claim for a loss from worthless securities or a bad debt deduction, you should keep those records for seven years.

Lifecycle of a Tax Return: Correspondence Audits: Increased Communication Alternatives Are in Progress - National Taxpayer Advocate Blog. "Correspondence audits are tax examinations conducted by mail for a single tax year involving no more than a few issues that the IRS anticipates it can resolve and close by reviewing relevant documents. Because these audits are limited in scope, the volume of these audits far exceeds any other type of audit conducted by the IRS. ...the overwhelming majority of IRS examinations are conducted through correspondence audits."

Biden’s Proposals Prompt Rethinking the C vs. S Corp Conundrum - Emily Foster, Tax Notes ($). "The spectrum of potential tax law changes expected before year-end has created much uncertainty, which means it’s probably too early to predict the optimal business entity for taxpayers based on their circumstances. In the meantime, tax professionals’ phones are ringing as clients wonder how to respond to Congress mulling assorted rate increases and changes to favorable rules under subchapter S."

Defense Contractor Entitled to Foreign Earned Income Exclusion - Parker Tax Publishing. "The Tax Court held that a defense contractor was entitled to exclude from gross income, as foreign earned income under Code Sec. 911(a)(1), the wages she earned while working on a U.S. military base in Afghanistan. The court also concluded that the taxpayer was not subject to a late filing penalty because she was serving in a combat zone and, under Code Sec. 7508, she was entitled to several extensions of time in which to file based on her period of service in the combat zone."

An Expanded Child Tax Credit Would Reduce Child Poverty to Below 10 Percent in Nearly All States - Elaine Maag, TaxVox. "The American Rescue Plan’s (ARP) expanded Child Tax Credit (CTC) would reduce child poverty in a typical year below 10 percent in 47 states – if it is extended beyond 2021. Absent an extension, child poverty in a typical year would be below 10 percent in just 13 states." 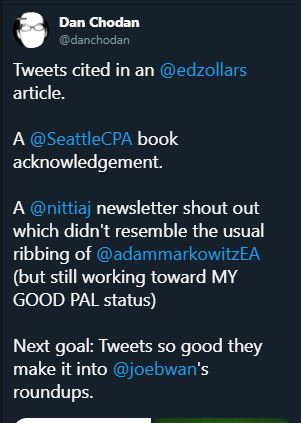 Bear down. It's National Teddy Bear Day, in case the extended return deadline is getting to you.