House Doubles Down on Moving Tax Changes With Infrastructure Bill -Frederic Lee, Tax Notes ($). "President Biden’s agenda to raise taxes on high earners and other reforms won’t go up for a House vote until the Senate acts on both an infrastructure compromise and a budget bill, according to the House Budget Committee chair."

Congressional Democrats are laboring this week to preserve their party's fragile peace on an increasingly fraught infrastructure strategy.

As President Joe Biden scrambles to keep his bipartisan deal with Senate Republicans alive, Democrats are working behind the scenes to mollify their more restive members and present a united front in a critical stretch for his agenda. Moderates are worried about too much spending in a second, one-party bill, while progressives are worried about too little spending — and senior Democrats are caught in the middle.

The very narrow control of both houses leaves Democratic leaders with the difficult task of finding something that works both for representatives from Brooklyn and a senator from West Virginia.

Navigating the Reconciliation Bill - Renu Zaretsky, Daily Deduction. "As House appropriators start working on next year’s spending bills, they must work out vast difference between progressives, who want to spend far more than moderates. Senate Budget Committee Chair Bernie Sanders says he wants $6 trillion in new spending over the next decade. Moderates say total new spending should be closer to $2 trillion."

Paying for Infrastructure With Pixie Dust - Howard Gleckman, TaxVox. "Let’s face it: If Congress wants to pay for a $1 trillion spending plan without raising the deficit, the only real ways to finance it are by raising taxes, cutting other spending, or both. This agreement does very little of either."

The Impact of the Biden Administration’s Tax Proposals by State and Congressional District - Tax Policy Blog:

The map and Table 1 indicate Biden’s proposals would raise taxes on the average taxpayer in most states throughout 2022 to 2031, with the largest average tax increases per filer occurring in the District of Columbia, Massachusetts, Connecticut, and New York, with tax increases exceeding $1,000 per filer in 2022 and $2,000 per filer in 2031. Several states would get a tax cut in the early part of the budget window, including Mississippi, Alabama, Oklahoma, and New Mexico, with tax cuts exceeding $400 per filer in 2022, due primarily to the proposed temporary expansions of the child tax credit (CTC) through 2025. After 2025, every state and the District of Columbia would see a tax increase.

The post has a remarkable interactive map that allows you to see the state and district impact of the proposals year-by-year.

Treasury, IRS extend safe harbor for renewable energy projects - IRS. "The Treasury Department and the IRS recognize that the COVID-19 pandemic continues to cause delays in the development of certain projects eligible for the production tax credit and the investment tax credit. As a result, many taxpayers may not place projects in service in time to meet the Continuity Safe Harbor, which may significantly impact project financing and development. Today's guidance provides relief to taxpayers impacted by project delays related to the pandemic by allowing additional time to satisfy the Continuity Safe Harbor. It also adds flexibility for taxpayers to satisfy the continuity requirement outside of the safe harbor."

The bill would create a workaround to the TCJA’s $10,000 SALT deduction cap, similar to those adopted in at least 14 other states and allowed by November 2020 guidance issued by Treasury and the IRS. Under the bill, passthrough entities could elect to pay tax at the entity level, levied at 9 percent on Oregon income up to $250,000 and 9.9 percent on income over that amount. The state would provide a corresponding income tax credit to those entities’ owners or partners for the member’s pro rata share of the tax paid at the entity level.

The workaround effectively allows the entity to pay the state tax owed on the owners’ passthrough income.

Phishing scams tend to be mainly via email, but also are used in text messages and social media posts where crooks post as family or friends to engage their victims.

More often, though, phishing attempts try to convince targets that the message is from an official source, even the IRS. After years of practice, the schemes can be tricky and cleverly disguised to look legitimate.

So be careful. Watch out for emails and other scams posing as the IRS. Be particularly skeptical of unsolicited messages promising a big tax refund, missing stimulus payment, or even issuing a threat. And never open attachments or click on links in those emails or text messages.

As Ben Franklin said, don't trust everything that comes at you on the internet.

Supreme Court Declines to Hear Challenge on Taxing Employees Who Worked Remotely Out of State During COVID-19 Emergency - Ed Zollars, Current Federal Tax Developments. "Certainly, the failure of the Court to take up this case doesn’t mean they necessarily agree with Massachusetts on the merits of their position."

Nonprofit Best Practices: Internal Management of Financials - Jackie Brooks, Eide Bailly. "One thing that will never change for accounting within nonprofits, no matter what is going on in the world, is the importance of reporting financials to management and to the board of directors. Nonprofits should develop a written process for internal financial reporting, as well as a timeline for how soon after month-end the books will be closed."

U.S. Corporate Tax Expenditures and Effective Tax Rates in Line with OECD Peers - Garrett Watson, Tax Policy Blog "Last week, an analysis by Reuters suggested that U.S. firms pay less income tax than foreign competitors, in part because “the U.S. tax code is unusually generous with tax breaks and deductions,” also known as corporate tax expenditures. However, the Reuters analysis is at odds with other data and studies indicating that U.S. corporate tax expenditures and effective tax rates are about on par with those in peer countries in the Organisation for Economic Co-operation and Development (OECD)." 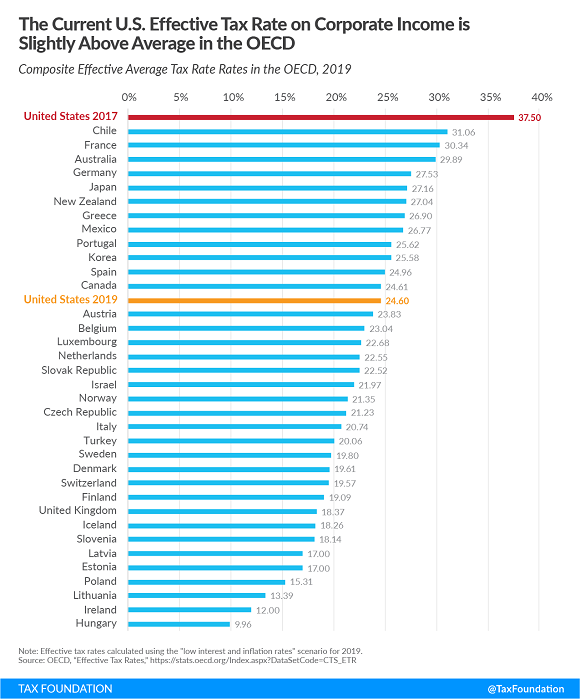 As of the end the 2021 filing season, the IRS had a backlog of about 35 million tax returns that require manual processing, meaning employee involvement is generally required before a return can advance to the next stage in the processing pipeline. The backlog includes about 16.8 million paper tax returns waiting to be processed; about 15.8 million returns suspended during processing that require further review; and about 2.7 million amended returns awaiting processing. In contrast to this filing season, in 2018 and 2019, pre-pandemic years, the IRS had a backlog of 7.4 million and 10.7 million returns, respectively, awaiting manual review at the close of the filing season.

In case you are wondering where the refund from that amended return might be.

The tax field is broken — in fact I think it’s irreparably broken for solo operators and even for smaller firms with a few staff members. We’re operating on volume in a field where volume doesn’t work anymore.

Taxes are hard — I used to be fascinated by the complexity of taxes; now the complexity simply scares me. I spend so much time trying to get things right on tax returns and deal with the constant changes and the complexity and the risk, that a client’s phone call or email is a really low priority for me.

But here’s the thing: all of this is true … but it’s not the client’s problem. They want a service. We struggle to deliver that service.

The tax field will look very different in ten years. The best hope is that technology comes to the rescue, making consumer tax preparation affordable. We can assume Congress won't be much help.

Taxpayer didn’t cash the refund check until April 5, 2018. The IRS contacted him several times requesting that he return the money. Taxpayer turned over $210,000 in December 2019 but refused to return the remaining amount of $277,641.01, which the IRS claimed he used for “his personal use and enjoyment.”

If the IRS can somehow prove that the Postal Service took a year to get the taxpayer his check, the IRS gets the money back. If not, the "personal use and enjoyment" becomes pretty sweet - but also becomes taxable income.

Look sharp. Today is National OOTD Day. "Not sure what ‘OOTD’ is? Well, it’s a Gen X term that means ‘outfit of the day.’ The short form of the term originated on social media when bloggers and fashion icons would post their outfits on platforms such as Instagram, Twitter, Pinterest, etc." Appropriate, as today is also Social Media Day.