Speaker Nancy Pelosi and Senate Majority Leader Charles E. Schumer late Wednesday blessed a tentative bipartisan agreement on $559 billion in new infrastructure spending that a group of senators and White House aides negotiated, but warned it has to move along with a larger partisan package to get Democrats’ support.

Members of a bipartisan group negotiating a roughly $1 trillion infrastructure proposal said they had crafted a framework for an agreement, and lawmakers plan to meet with President Biden on Thursday to try to complete a deal.

Republicans had rejected a White House plan to raise taxes on corporations to cover the cost of infrastructure investments, and the White House in turn had opposed lawmakers’ ideas to index the gas tax to inflation and charge fees to electric vehicles to finance the spending.

That left lawmakers considering a mix of public-private partnerships, existing federal funds, and enhancing enforcement at the Internal Revenue Service to collect taxes that are owed but not paid as ways to raise revenue.

Congressional Democrats claimed progress on both fronts of their two-pronged effort to pass a massive jobs and families bill through budget reconciliation while also negotiating a smaller, but bipartisan infrastructure package.

Comments from key centrist Sen. Joe Manchin III, D-W.Va., to NBC News that he supports efforts to roll back portions of the Tax Cuts and Jobs Act and do it through reconciliation had Democrats feeling their solidarity June 23.

Senators to Bring Bipartisan Infrastructure Outline to Biden - Erik Wasson and Laura Livan, Bloomberg ($). "In addition to receiving Biden’s support, the senators must get congressional leaders of both parties on board to assure support in the evenly divided Senate, where 60 votes will be needed to get the legislation passed. Success also will hinge on whether progressive Democrats in the House and Senate are assured that their priorities are met in a separate, more expansive package that would use a fast-track procedure known as reconciliation to clear the Senate without needing GOP votes."

John McAfee found dead in Spanish prison after his extradition to the US was approved - Clare Duffy and Alan Goodman, CNN Business:

John McAfee, the controversial antivirus software magnate who'd had multiple recent run-ins with the US law, has died at 75. McAfee was awaiting extradition in a Spanish prison after being charged with tax evasion in the United States last year.

He allegedly failed to file taxes for four years despite earning millions in income between 2014 and 2018 from promoting cryptocurrencies, consulting work, speaking engagements, and selling the rights to his life story for a documentary, according to court documents.

The Department of Justice press release on the indictment says "McAfee allegedly evaded his tax liability by directing his income to be paid into bank accounts and cryptocurrency exchange accounts in the names of nominees. The indictment further alleges McAfee attempted to evade the IRS by concealing assets, including real property, a vehicle, and a yacht, in the names of others."

The Tax Court properly found a partnership liable for a 40 percent penalty for grossly overvaluing a conservation easement because it claimed an unrealistic highest and best use for the property, the Eleventh Circuit held.

The partnership’s contention that it could have built a profitable “low density, destination mountain resort residential development” on the land wasn’t supported by evidence of the property’s characteristics or the failures of nearby developments, the Eleventh Circuit concluded in a June 23 opinion in TOT Property Holdings LLC v. Commissioner.

The IRS has been attacking syndicated conservation easements, including this one, for technical deficiencies in the easement documents, but many are also vulnerable on valuation grounds. The property in this case was purchased by the syndication partnership for "slightly less" than $496,000 a few weeks before the easement was donated; the syndication partnership filed a tax return claiming the easement alone was worth $6.9 million million, or more than thirteen times the purchase price of the entire property.

Arizona Senate Approves Tax Cut Budget Bill - Paul Jones, Tax Notes ($). "Notably, the legislation no longer contains a provision that would cap the top combined income tax rate a taxpayer can pay at no more than 4.5 percent. Instead, the provision establishing the cap was moved into another bill in the budget package that was also approved by the Senate. The cap was proposed by Republicans in response to Proposition 208, which imposes a special 3.5 percent tax on income over $250,000 for single filers and $500,000 for joint filers to fund education spending. To minimize the impact of the new tax, the cap would require the state to reduce the rate of the regular state tax on income over that threshold to one percent, reducing its revenue from that tax, and ensuring that the combined rate on that income doesn't exceed 4.5 percent." 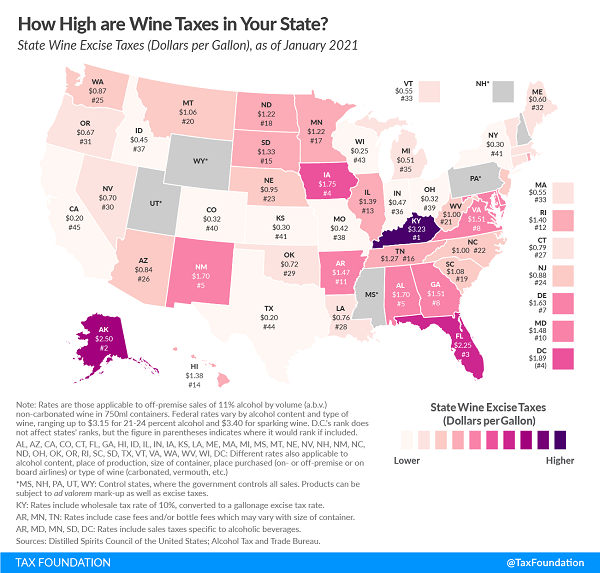 What Fraud is Really Costing You - Brett Johnson, Eide Bailly

Payroll and sales tax as the result of fraud are a big deal. A recent fraud scheme involved a perpetrator who gave themselves unauthorized pay increases and fictitious overtime hours. In calculating the theft amount, it is common to calculate the loss as the gross amount overpaid to the individual. Unfortunately, the company who paid the wages also incurred additional, and unnecessary, employer paid payroll taxes. That's 6.2% of the gross wages for social security and 1.45% for Medicare. This additional 7.65% is a loss that can be easily overlooked.

IRS Denies Tax-Free Crypto To Crypto Swaps - Robert Wood, Forbes. "he tax law was changed by statute to say that starting January 1, 2018, crypto trades are taxable. By implication, doesn’t that mean they were tax-free in 2017 and before?"

Interview: The State Fight to Eliminate the Federal Restriction on Tax Cuts - David Stewart, Lauren Loricchio, and Joseph Bishop-Henchman, Tax Notes Opinions. "The language itself is either so vague to be unconstitutional for that reason, or it's so broad that it expands congressional power to basically be a supervisor of state tax policy for years come."

Congressman fires warning shot at Trudeau over tax on U.S.-owned homes in Canada - Andy Blatchford, Politico. "The Trudeau government’s April budget proposed a national tax on vacant property owned by non-residents or non-Canadians. The one percent tax is scheduled to come into force Jan. 1, 2022. The plan has already prompted a warning shot from Rep. Brian Higgins (D-N.Y.), who is threatening to push for a retaliatory tax on Canadians with property in the U.S."

So much for social distancing. Today is National Handshake Day. "Theories suggest it was a way for medieval knights, Roman soldiers, and other weapon carrying men to check for hidden daggers by grasping each other’s forearms in greeting."