Neal Wants Build America Bonds in Infrastructure Package - Jad Chamseddine, Tax Notes ($). "The program, which would help fund local projects through subsidies for taxable municipal debt, has supporters from both parties and would lessen the need for the large tax increases proposed by the White House."

Leading tax-writers see Build America Bonds helping to pay for infrastructure, possibly taking some pressure off tax increases - Jay Heflin, Eide Bailly. "The fact that these bonds are now being discussed could mean that Democratic lawmakers are searching for ways to partially pay for an infrastructure bill and use fewer tax increases. A good reason for this pursuit is that many congressional Democrats worry that supporting tax increases could hurt their re-election bids in 2022, especially in the House."

Going after tax cheats to pay for Dems’ spending plans? There’s just one problem. - Brian Faler, Politico. "A two-decade-old rule bars lawmakers from paying for legislation with money generated from things like beefing up IRS audits of the rich."

What Plays Better With the Public, Democratic Corporate Tax Hikes Or GOP User Fees? - Howard Gleckman, TaxVox. "If these surveys are to be believed, Biden appears to be starting with the upper hand. But public views on how to fund infrastructure spending are likely to be driven, as usual, by who is best at framing the debate over the next few months."

Democrats Mull Weakening Biden Tax on Capital Gains for Estates - Nancy Cook and Laura Davison, Bloomberg. "Instead of hitting heirs with a hefty tax payment at the time of the death of their benefactor, staff for House Ways and Means Chair Richard Neal have floated allowing the beneficiaries to defer the bill as long as they hang on to the asset, according to people familiar with the matter."

Iowa Legislature Sends Significant Tax Bill to the Governor - Kristine Tidgren, Ag Docket. "Several provisions, including the exclusion from income for COVID-19 grants and the fix for fiscal year entities receiving PPP loans, impact current returns. Beginning in 2021, the bill would allow bonus depreciation and an expanded Beginning Farmer Tax Credit. Other provisions, such as lower tax rates and a phase-out of the Iowa inheritance tax, will not be fully implemented for several years."

Recently proposed rules now allow for opportunity zone funds that operate businesses to change their written plans for the deployment of cash into their operations, which will provide much needed flexibility to make operational adjustments in response to the pandemic.

Last month the Internal Revenue Service issued proposed rules that provided more flexibility for QOZBs. The proposed regulations modified the 2019 final rules to allow businesses to use the 31-month working capital safe harbor for cash holdings and directly clarified that businesses have up to an additional 24 months to deploy cash into projects due to the coronavirus pandemic. But most importantly, the proposed rules also explicitly allow businesses to follow a new or revised written plan and schedule for the deployment of cash.

Related: Got capital gains? Zone them out.

Will Capital Gain Rate Changes Kill Opportunity Zone Investments? Quite the Opposite, in Fact… Tax Warrior Chronicles. "First, remember OZ investments come with a second tax benefit in addition to gain deferral: 10 percent of gains invested in OZ funds by 12/31/2021 will be forgiven before they are taxed in 2026."

IRS urges groups to share information to help those without permanent addresses get benefits including Economic Impact Payments, upcoming advance Child Tax Credit - IRS. "The Internal Revenue Service today continued an ongoing effort to help those experiencing homelessness by reminding people who don't have a permanent address or a bank account that they may still qualify for stimulus payments and other credits, including the advance Child Tax Credit."

Advanced Child Tax Credit - Keith Fogg, Procedurally Taxing. "Congress has once again tasked the IRS to perform a very difficult task in a short time period while its resources are already strained past the point of allowing it to provide the best service on the tasks already on its plate.  The IRS will once again try to pull a rabbit out of the hat as it did with the stimulus payments.  There will, no doubt, be problems."

SBA to end applications Monday for Restaurant Revitalization Fund - Michael Cohn, Accounting Today. "The deadline for applications is May 24 at 8 p.m. ET. The program, which opened May 1, was included as part of the American Rescue Plan Act. It provides up to $28.6 billion in funds to help hard-hit restaurants as well as food stands, food trucks, food carts, caterers, saloons, inns, taverns, bars, lounges, brew pubs, tasting rooms, taprooms and more." 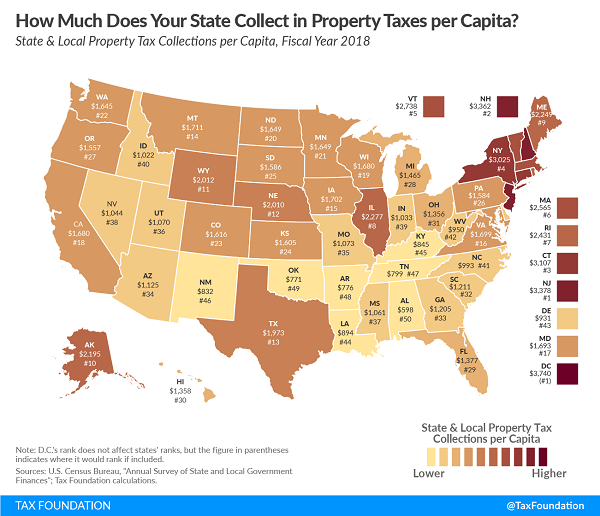 Five Lessons From What Felt Like The Longest Tax Season Ever - Kelly Phillips Erb, Bloomberg Tax:

Calling the IRS won’t speed anything along. As of earlier this month, the IRS reported that only 7% of taxpayer calls to the 1040 lines reached a real person. At the lowest point, that number dropped to 2%—or one in 50—of the roughly 70 million taxpayer calls to the IRS. The worst part? Even if you get through, the IRS is not likely to be able to explain processing and refund delays.

The only thing that taxpayers—and tax professionals—can do at this point is to wait. That’s true even if it feels entirely unsatisfactory.

You’re graduating into a pandemic world…and then there are taxes too - Bart Lipinski, Wolters Kluwer Tax & Accounting. "With all of the pandemic challenges that these graduates have already faced, new graduates may be more adept than most at preparing to face the income tax laws.  Some of the tax law changes resulting from the pandemic may even provide an added benefit to new graduates."

Assume Joe Rich is a tech entrepreneur and a resident of Silicon Valley in California. Joe dies in 2026. His net worth at death is $100 million, consisting entirely of stock with $0 tax basis...

Death Tax 2 is tax on gain from the deemed sale of Joe’s assets at death. The proposal states that the first $1 million can be tax free, but it is unclear whether this exclusion applies to all taxpayers or phases out at a certain level of gain. The difference is immaterial in this case, so let’s assume the deemed taxable gain is $99 million. The tax rate for Death Tax 2 is 56.7 percent, consisting of 39.6 percent (proposed) federal capital gain rate + 3.8 percent net investment income tax + 13.3 percent California capital gain rate. So the total for Death Tax 2 is $56.133 million.

At trial petitioner did not provide any testimony or documents to support his claimed deductions for his car and truck expenses or travel expenses. Petitioner did not keep contemporaneous mileage logs, calendars, or other records to determine miles driven between worksites, the locations of his worksites, and the time worked at those sites... Additionally, petitioner could not provide an explanation or documentation as to what the reported away from home overnight travel expenses pertained to as he drove home at the end of every workday. The Court, therefore, concludes that petitioner has not substantiated the reported car and truck expenses or the related travel expenses.

Because passenger automobiles constitute “listed property”, petitioner's reported car and truck expenses are subject to the heightened substantiation requirements under section 274(d). While a taxpayer may opt to use the standard mileage rate to calculate car and truck expenses, the taxpayer must strictly substantiate the business mileage and the business purpose of each vehicle use. See sec. 1.274-5(j)(2), Income Tax Regs. To satisfy these requirements, the taxpayer generally must keep a contemporaneous mileage log, calendar, or other adequate record that substantiates the extent to which the vehicle was actually used for business rather than personal purposes.

Tax pros might identify another problem with the taxpayer's return:

Unsurprisingly, Decision for the IRS.

The moral? You get what you pay for. And keep your mileage log updated.

Celebrate! Today is National Be A Millionaire Day. Easier said than done, but the National Day Calandar provides some sensible tips to get there: