In a ruling issued Monday, U.S. Tax Court Judge Mark Holmes found that the singer’s name and likeness were worth $4 million when he died in 2009 at the age of 50, not the $161 million the government had claimed. The IRS won on some other points about the value of other Jackson assets, but will get far less than the hundreds of millions of dollars in taxes and penalties it had sought from the estate.

Part of the difficulty in the case, which took more than seven years from its beginning to Monday’s ruling, is that the law requires that those values be measured as of the person’s date of death. For Mr. Jackson, that was near the nadir of his career, after scandals and child-molestation accusations had tarnished his reputation and limited his earning potential.

Judge Holmes is the most colorful and interesting writer on the Tax Court. He narrates the rise and fall of Michael Jackson's career, and the tools that successfully lowered the worth of his taxable estate, but in a way that few would care to replicate.

The third asset analyzed in the opinion is the New Horizon Trust III (NHT III), whose major asset was Mijac Music, which owns copyrights in compositions from Jackson and other musicians. According to Holmes, Mijac was the most difficult asset to value because its income derives from five different groups of songs, and each group produces income from three different sources.

“And sometimes distinctions must be made between domestic and international income,” Holmes added.

While upholding the much higher IRS value of the music catalogue, Judge Holmes ruled that the understatement was due to reasonable cause and declined to impose penalties.

Sauce for the gander? "Should there be penalties imposed by the Internal Revenue Code when the government takes a position to be combative and not in good faith?" - Monte Jackel on LinkedIn, commenting on the Michael Jackson Estate case.

I think that if taxpayers could win the same valuation and negligence penalties from the government that it can win from taxpayers, the tax system would work better.

The Moral? Valuation of estate assets is tricky. The Michael Jackson estate successfully lowered its taxes by tens of millions of dollars through careful valuation analysis. While nobody wants to lower the value of an "image and likeness" the way Mr. Jackson did, nobody wants their heirs to pay a hero's tax on a reputation in tatters.

3 Major Implications For States In Biden's Tax Plans - Maria Koklanaris, Law360 Tax Authority ($). "President Joe Biden's sweeping tax changes, proposed to pay for trillions in infrastructure spending, would significantly alter the way the federal government taxes corporations, leaving states for the second time in four years to decide if and how to conform."

Starting July 1, the state will require marketplace facilitators including eBay.com to collect sales and use tax on third-party sales, subject to a $100,000 nexus threshold that will also apply to remote sellers, which currently have to collect and remit tax on every sale.

Kelly vetoed the bill last month, saying its other provisions, such as decoupling from the federal treatment of global intangible low-taxed income and the disallowed business interest expense deduction under Internal Revenue Code Section 163(j) , would be too costly.

Missouri is the only state that has yet to update its tax rules to collect from remote sellers in the wake of the Supreme Court's Wayfair decision.

Iowa Supreme Court Rules on Tax Exemption for Grain Storage Bins - Tax Notes ($): "The Iowa Supreme Court ruled on whether specified types of grain storage bins qualify for a property tax exemption as 'machinery,' explaining that while customized overhead bins within a building where feed is manufactured are part of a continuous piece of machinery and therefore qualify for the exemption, stand-alone grain silos connected to the manufacturing facility by an underground conveyer are primarily used for 'storage' and are not entitled to the exemption, as they do not meet the definition of machinery, reversing the appellate court's decision."

Both bills expand automatic enrollment in retirement plans and allow taxpayers higher catch-up contributions as they get older. They also increase the age for beginning required minimum distributions from retirement accounts, from 72 to 75.

Medical Expenses and Taxes: What You Need to Know - Tom Herman, Wall Street Journal ($). "While most people typically don’t meet the 7.5% test, some may benefit from a recent IRS announcement that certain Covid-related expenses qualify as medical-expense deductions."

I wonder if Kay is subliminally influenced in her headline selection by this old thriller.

Cecile Barker And Why You Need To Keep Records Longer Than You Thought - Peter Reilly, Forbes. "When you are working on a 2011 return you probably think of the 2002 return as old and cold. But for someone like Mr. Barker it is not. That huge NOL deduction is subject to substantiation. So there is a sense that the 2002 return will end up staying open for almost twenty years."

Paycheck Protection Plan Loan Forgiveness and Deductibility of Associated Expenses - National Taxpayer Advocate Blog. "As small business owners are preparing to file their 2020 tax returns, they can rest assured that the tax treatment of PPP loans is as favorable to taxpayers as Congress intended." 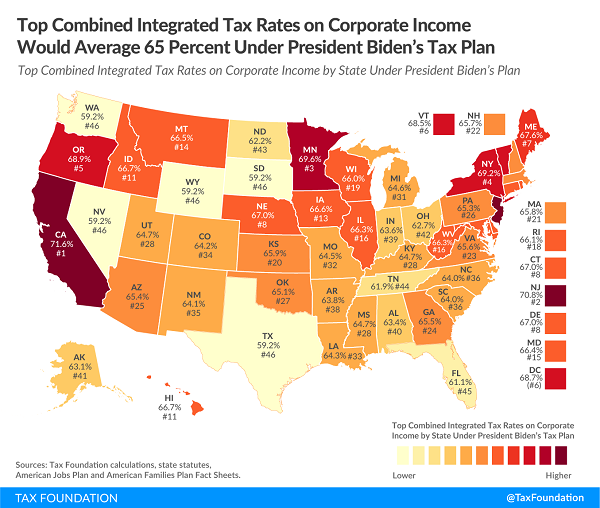 Just Say No! - Robert Flach, The Wandering Tax Pro. "Ending the step-up would be a nightmare for taxpayers and tax preparers."

Don't be a Bozo. Russ Fox has begun his annual "Bozo Tax Tips," a cautionary advice series. Yesterday he opened with Bozo Tax Tip #10: Email Your Social Security Number!  "I have some clients who are incredibly smart. They make me look stupid (and I’m not). Yet a few of these otherwise intelligent individuals persist in Bozo behavior: They consistently send me their tax documents by email."

Why is that a problem? ID theft. Use your preparer's secure portal to upload tax documents.

Teach! Today is National Teacher Day! Mr. Klebes, wherever you are, here's to you.