Tax News & Views More than Books are Due Roundup

Joe Kristan, a partner at Eide Bailly LLP, said he did not understand why Rettig couched the decision not to extend the first-quarter estimated tax deadline in terms of the wealthy gaming the system, since that implies only wealthy taxpayers would benefit, when so many gig economy workers are affected.

The IRS has given conflicting information on whether overpayments on 2020 1040s due May 17 may be credited to first-quarter estimated tax payments due April 15.

Senate Tax-Writing Chief Releases International Tax Ideas for Comment - Jay Heflin, Eide Bailly. "Despite Yellen's encouragement for a global minimum tax, a finalized version of the American Jobs Plan, and the tax provisions it will include, is expected to take months to complete. At this point, it is unclear which tax measures will be a part of the final bill."

YouTube to Withhold Taxes on Non-U.S. Creators’ U.S. Earnings - Kiarra M. Strocko, Tax Notes ($). "The company said that non-U.S. YouTube creators who do not submit their tax information to Google by May 31 will be subject to a default 24 percent withholding rate on their total worldwide YouTube earnings. The company noted that the 24 percent rate will apply to individual account types, even if the creators’ U.S. income is minimal."

IRS Clarifies Reporting of Emergency Grants to College Students - Fred Stokeld, Tax Notes. "However, higher education institutions don’t have to separately identify the portion of [qualified tuition and related expenses] paid with the emergency financial aid grants in any part of Form 1098-T, and they don’t need to report the grants in box 5 of the form, which asks about scholarships and grants, the IRS said."

If You Used Poloniex and Did Not Report Your Crypto… Russ Fox, Taxable Talk. "I would expect it will be at least 30 days before the information releases the Department of Justice, and then several more weeks (to months) before the IRS starts comparing the lists of individuals with Poloniex transactions to filed tax returns.  If you forgot to include Poloniex sales on your tax returns (or if your actions were more deliberate), you have a window to act."

IRS Gets Court Approval For Cryptocurrency Summons For Circle, Poloniex Customers - Robert Wood, Forbes ($). "The IRS is generally considerably more forgiving if a taxpayer makes corrective filings before being audited or investigated."

Accounting for NFTs - 5 Things to Consider - Gil Hildebrand, Gilded Finance. "The primary difference between NFTs [non-fungible tokens] and other cryptoassets can be boiled down to two facts. First, NFTs are unique and distinct assets, so this means that they cannot be exchanged for one another like bitcoin and other cryptocurrencies. Second, and since these crypto assets represent distinct claims linked to assets, NFTs cannot be divided and used fractionally as a currency equivalent."

Alerted by mail: Many don't learn that unemployment benefits have been fraudulently collected in their names until they receive something in the mail.

The usual indicators, notes the DoL, are:

When you do discover someone is using your identity to illegally collect unemployment, the next step is to report it.

Tax Advisers' Area 51 - Employee Retention Credit and Majority Shareholders - Ed Zollars, Current Federal Tax Developments. "But what has become as obscure to some as Area 51 is whether this provision will work to also eliminate the ability of most shareholders owning more than 50% of the stock of a corporation to obtain the employee retention credit on their own wages."

Tax Considerations When Leasing Farmland - Roger McEowen, Agricultural Law and Taxation Blog. "Income received under a cash rental arrangement is not subject to self-employment tax, nor does such income count toward eligibility for Social Security benefits in retirement.  An exception to this rule exists if the lessor leases land to an entity in which the lessor is materially participating."

Injunction Against Syndicated Conservation Easement Consultant - Peter Reilly, Forbes ($). "If you invested in a syndicated conservation easement that had Nancy Zak of Forever Forests as one of the consultants, you should be hearing from her soon. And you won't like what she tells you."

Tax Court Rule 155 and Gifts from the Service - Caleb Smith, Procedurally Taxing. "It could also be in the form of the IRS informing your client of deductions or credits they are eligible for but never actually claimed -something I have seen in practice on numerous occasions."

Mission Impossible: Extraterritorial Taxation and the IRS - Laura Snyder, Karen Alpert, and John Richardson, Tax Notes ($). "Americans living overseas are also tax residents of the countries where they live, and being a tax resident of two countries is quite different from being a tax resident of just one country. It means that the entirety of the income of a resident of another country, regardless of its geographic source — including income that has no economic connection to the United States — is subject to taxation by both the country of residence and the United States. It also means that the affected individuals must find investments, business structures, and retirement savings plans that are as compatible as possible with both tax systems." 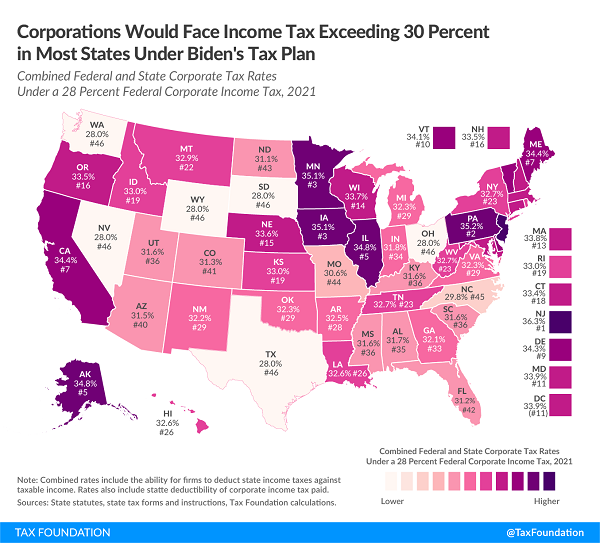 If Congress Wants the IRS To Collect More Tax from The Rich, It Needs to Pass Better Laws - Steven Rosenthal, TaxVox. "But, most importantly, the IRS needs Congress to write better tax rules that measure and time income accurately and do not create ambiguities that aggressive taxpayers and their highly-paid advisers can exploit. Congress ought to write partnership tax rules that sacrifice taxpayer flexibility for administrative simplicity."

If you taxed all businesses as corporations and let them deduct dividends, you would achieve single-taxation of business income with a lot more simplicity. Withhold an excise tax on dividends paid to foreign and tax-exempt entities and you're done. Any takers?

Celebrate! Today is National Library Workers Day! A good day to go to your local public library and check out something on the Battle of Sailor's Creek, the "Black Thursday" of the Confederacy on this date in 1865, leading to the surrender of the Army of Northern Virginia three days later. I recommend William Marvel's Lee's Last Retreat for a clear-eyed account of the collapse of the most important Confederate army. And give a nice (quiet) thank-you to your friendly librarian on the way out.