The Senate bill includes a provision changing the tax rules for last year by exempting the first $10,200 of 2020 unemployment compensation from taxation. Whether this late change in 2020 rules will convince the IRS to delay the April 15 filing deadline is unknown; the IRS has so far insisted the deadline will not be moved this year.

The Senate bill has two other significant tax changes. One reduces the phase-out range for additional $1,400 tax rebates. The single-filer phaseout range will be from $75,000 to $80,000, while joint filers will phase out between $150,000 and $160,000 of AGI. Taxpayers with 2020 income in or above these phase-out ranges, but whose 2019 income was below them, should consider delaying their 2020 filings to preserve eligibility for the payments, as the legislation uses 2019 income to determine eligibility if the 2020 return has not been filed.

Senate Passes COVID Bill With Exemption for Unemployment Income - Jad Chamseddine, Tax Notes. "Another change would deny a deduction for compensation in excess of $1 million for the eight highest-paid employees — plus the CEO or CFO — of publicly traded companies. Under current law, the deduction is denied only for the three highest-paid employees."

Covid-19 Aid Bill Heads Back to House After Tense Senate Vote - Ted Mann and Kristina Peterson, Wall Street Journal ($). "The House is expected to hold a procedural vote on the bill Monday night, with final passage slated for Tuesday."

Changes To The Latest COVID Relief Bill Create Massive Tax Rates for Some Families - Tony Nitti, Forbes ($). "So if you’re scoring at home – and apparently you are, or you wouldn’t be concerned about the child tax credit – this amounts to a $10,420 INCREASE in tax resulting from only a $10,000 increase in income, or as we say in the tax world, a marginal tax rate of 104% on that income." 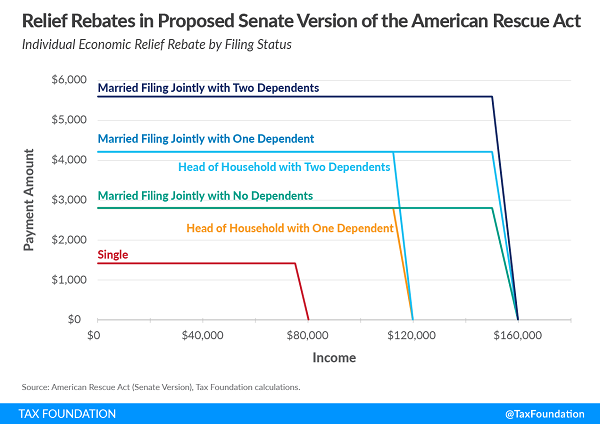 Massachusetts DOR Adopts Nonresident Income Sourcing Reg - Massachusetts Department of Revenue via Tax Notes. "Pursuant to this rule, all compensation received for services performed by a non-resident who, immediately prior to the Massachusetts COVID-19 state of emergency was an employee engaged in performing such services in Massachusetts, and who is performing services from a location outside Massachusetts due to a Pandemic-Related Circumstance will continue to be treated as Massachusetts source income subject to personal income tax"

Here’s How You Can Still Save on 2020 Taxes - Laura Saunders, Wall Street Journal ($). "Taxpayers can make retirement- and health-savings account contributions and stop IRS penalties for underpayments."

IRS Looking for “Hidden Treasure” (Unreported Cryptocurrency Income) - Russ Fox, Taxable Talk. "It’s almost always better for you to come forward rather than the IRS to come after you."

Tax Tips From Cooperating Witness In Record $2B Tax Evasion Case - Robert Wood, Forbes ($). "Whether it is the FBI or the IRS asking questions, don’t lie to the government."

With Large Charitable Contributions Aim For More Than Substantial Compliance - Peter Reilly, Forbes ($). "We can use this opinion to illustrate three of Reilly's Laws of Tax Planning - The Fourth - Execution isn't everything but it's a lot - , The Seventh - Read the instructions -, and The Sixteenth - Being right without substantiation can be as bad as being wrong. You can quibble about the 16th, since there was a good bit of substantiation. It was just not quite what was required."

Gender and tax bias issues to consider on International Women's Day 2021 - Kay Bell, Don't Mess With Taxes. "Because women generally make less money, tax reform advocates say that women are among those who are most affected by tax policies."

Celebrate! Today is International Women's Day. It's also National Peanut Cluster Day  and National Proofreading Day. Celebrate the last one by ignoring any typos in this post.