Lawmakers at the hearing by the House Ways and Means subcommittee on oversight called for more transparency and enforcement by regulators and others, saying the United States must not invite ill-gotten wealth once harbored in notorious global financial hubs.

“Certain states have gone out of their way to craft laws to attract hidden wealth,” said subcommittee chair Bill Pascrell Jr. (D-N.J.). “We’re not talking about the Cayman Islands. I said South Dakota … the Grand Cayman of the Great Plains.”

I've been to both South Dakota and the Cayman Islands. While Sioux Falls may match Grand Cayman's world-class financial secrecy, its beaches fall sadly short.

“That the United States has become an international tax haven is a stunning indictment of our laws, both at the Federal and State level. Certain states have gone out of their way to craft laws to attract hidden wealth,” said Rep. Bill Pascrell (D-NJ), Chairman of the House Ways and Means Oversight Subcommittee, which hosted today’s hearing.

Pascrell mentioned South Dakota having the most trusts where this sort of avoidance occurs.

“Among the States that loom large is South Dakota. South Dakota is home to a stunning 81 of the 106 trusts located in the United States,” he said, adding that “we will explore how South Dakota has become the Grand Cayman of the Great Plains.”

It is important to note that South Dakota is not doing anything illegal. The chairman’s primary gripe is about tax avoidance, which is legal, and not tax evasion, which is not legal.

The recently released Pandora Papers noted South Dakota is holding most trusts in the U.S.

It's unclear whether any serious attempt to change rules regarding trusts in South Dakota will come of this.

Reps. Explore Curbing Tax Tactics Shown In Pandora Papers - Dylan Moroses, Law360 Tax Authority. "The Joint Committee on Taxation published a report Monday in preparation for the meeting on the domestic tax treatment of U.S. trusts that included a discussion about the potential shortfalls of information reporting on beneficial owners of trusts under the U.S. tax code and specifically how high-wealth individuals may use trusts to avoid transfer taxes."

FinCEN Issues Proposed Regulations for Beneficial Ownership Reporting Under the Corporate Transparency Act - T.L. Fahring, Freeman Law. "The CTA broadly defines a 'reporting company' to include corporations, limited liability companies, and other companies that are created by filing a document with a secretary of state or similar office under the law of a State or Indian Tribe or that are formed under the law of a foreign country and registered to do business in the United States."

A new federal program that provides monthly payments to an estimated 35 million families with children is set to expire at the end of December, putting fresh pressure on Congress if it hopes to preserve an initiative that President Biden sees as critical to combating poverty.

But their ambitious timeline increasingly faces the prospect of sustained delays. For months, Sen. Joe Manchin III (D-W.Va.) has raised concerns about the size and scope of the tax-and-spending proposal. This week, he even appeared to take aim at programs including the child tax credit, signaling he remains skeptical about federal initiatives that send checks directly to Americans.

During a chilly press conference the morning of December 8 on the east lawn of the Capitol, a majority of the five-member “No SALT, No Deal” caucus repeated their implied threat about holding up their party’s roughly $2 trillion Build Back Better Act (H.R. 5376) unless it includes a rollback of the $10,000 state and local tax deduction cap.

But one person who is key to any legislation isn't on board:

Sen. Joe Manchin III, D-W.Va., was unfazed when told about comments made at the press conference, telling Tax Notes he considers it an “oxymoron” for Democrats to say their bill will be paid for by the wealthy and then give tax breaks to households making “way, way over $400,000” through an $80,000 SALT cap.

Your regular BBB arithmetic reminder: Any single Democrat senator can sink the bill, and "Democrats hold a 221-213 majority in the House, so if four Democrats vote against the reconciliation bill, it wouldn’t pass."

In an interview with The Hill on Wednesday, Rep. Jared Golden (Maine), the only Democrat to vote against the social spending measure in the House, predicted that there would be “millions of dollars of attack ads” against vulnerable Democrats on the SALT deduction issue.

What’s Happening with the Budget Reconciliation Tax and Spending Bill - Jay Heflin & Mel Schwarz, Eide Bailly. "It is not clear when final passage will occur. Currently, Democratic congressional leaders say that final passage will happen by the end of the year. Other lawmakers are skeptical of that timeline and think passage will occur in early 2022. There is also a possibility this legislation does not become law."

Generally, a person doesn’t immediately incur tax liability simply for visiting a state if they do not conduct any work there, though after a few weeks, it’s typically necessary to assign a portion of one’s annual income to the state. But in our increasingly connected world, most of us do work while traveling, at least a little, even when the trip is not work-related.

Tax codes should be enforceable—and generally enforced. Very few taxpayers file an income tax return when they only spend a day in another state, and states cannot reasonably expect them to do so. More people enjoy Christmas fruitcakes than file income taxes in an additional state because they responded to a work email from a relative’s house on Christmas Eve. Provisions only enforced in the breach are bad policy, as are provisions that cost about as much to administer—in addition to their substantial burdens on taxpayers—as they raise in revenue.

States should establish meaningful thresholds for the number of days an individual must spend in the state before incurring income tax liability there. Best practice would be 30 days or more, which is consistent with several previous federal proposals to standardize these thresholds across states. The single-day states are particularly egregious, setting an impractical and inefficient standard.

The Multistate Tax Commission's updated guidance on applying a 1959 federal income tax statute for the internet age has put renewed emphasis on whether states should adopt specific thresholds for when businesses are liable for income tax.

The MTC's updated guidance on the Interstate Income Act, better known as P.L. 86-272, to address internet activity was finalized Aug. 4. It includes many additional activities that may defeat the federal law's protection against imposition of a net income tax on out-of-state businesses engaging in activity within a state. With the possibility that online activity could defeat the protection offered to businesses that are engaging only in solicitation of sales, emphasis has now shifted to whether states should adopt bright line thresholds that would impose income tax liability only if certain sales figures are met.

Related: Is it War?.

Flush with cash, states planning big cuts to taxes - Reid Wilson, The Hill. "The influx of new money, fueled by a quick economic recovery from the coronavirus pandemic and billions in emergency federal funding for state and local governments, has spurred new talk of significant tax cuts. Across both blue states and red states, and just in time for midterm elections, legislators and governors are making plans to lower rates and cut bills."

IRS National Fraud Counsel Carolyn Schenck said at a November 16 conference that a civil fraud penalty has been asserted in 66 syndicated easement cases to date. “That’s definitely an area that the IRS is expanding on,” she said. 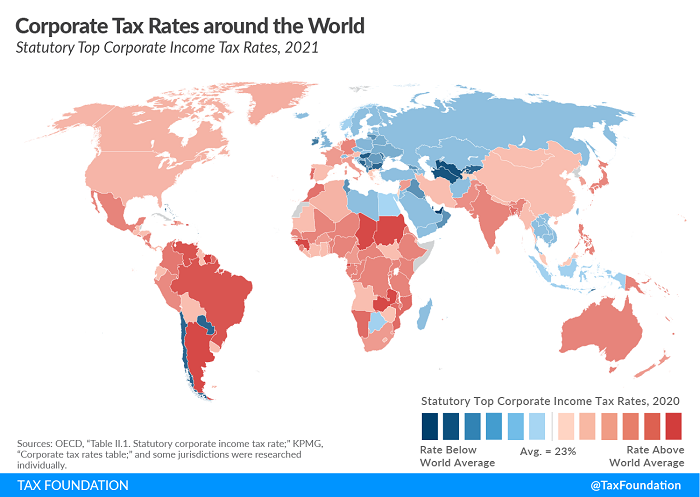 The Ticking Clock for Required Minimum IRA Distributions - Melissa White, Eide Bailly. "The CARES Act passed in March 2020 allowed people to skip these withdrawals in 2020. When the Consolidated Appropriations Act was enacted on December 27, 2020, many people hoped that the suspension would be extended into 2021. Unfortunately, the RMD suspension was not extended."

Pot Banking Advocates to Keep Trying as Latest Effort Flames Out - Wesley Elmore, Tax Notes ($). "Supporters of legislation designed to increase cannabis businesses’ access to banking services are vowing to continue their efforts to pass the bill after it was stripped from the fiscal 2022 National Defense Authorization Act (NDAA)."

A Primer on Business Entity Types – Which is Best for You? - Tax Warrior Chronicles. "Converting an existing business to a different entity type could be time consuming, costly, and result in unintended negative tax consequences, so it is best to carefully consider your options up front."

22 Tax Moves to Make Before Year End - Jon Osborn, TaxBuzz. "With just a few weeks left in 2021, you may think you're too late to optimize your tax savings. The truth is that there are literally dozens of smart steps you can take to either reduce the amount that you owe or to set yourself up to do so in 2022."

What You Should Know About Tax Before Walking Away From Your Job - Kelly Phillips Erb, Bloomberg. "At the end of the day, there may be many reasons to walk away from your day job, but make sure that you have a well-thought-out plan for paying your expenses. Don’t assume that all resources are equal—the tax consequences can vary depending on your age, filing status, and personal situation. It’s always a good idea to check with your tax adviser if you have questions."

The two brothers conspired to hide from the IRS Larry's ownership interest in an internet financial technology firm by putting it in Jack’s name. The breakdown of the scheme was addressed in several opinions from Stewart — most notably on May 4, June 15, and July 8 of 2020 — each of which found that the brothers came to the court with “unclean hands” and were thus ineligible for equitable relief.

In each opinion, Stewart reiterated his intention to “leave [the brothers] where their fraudulent undertaking placed them,” refusing to grant the disputed ownership interest to either brother.

No word on whether Jack and Larry got together at Mom's place for Thanksgiving.

Delicious. Today is both National Pastry Day and National Llama Day. Celebrate by feeding a baklava to a llama, while reading aloud some Ogden Nash.