Several of the tax provisions included in HEROES also made it into HEALS. Both packages include another round of $1,200 economic impact payments, an expansion of the employee retention tax credit, and a second round of loans for the Paycheck Protection Program.

“There isn’t much of a difference between the two bills on the tax side,” said Mel Schwarz of Eide Bailly LLP. “The difference is mostly in the numbers.”

But there are enough differences on non-tax provisions that agreement will be difficult.

“We’re not close yet, but it was a productive discussion,” Mr. Schumer told reporters after the meeting Saturday, calling it “the best discussions we’ve had so far.”

Mr. Meadows said Sunday that Saturday’s round of talks were “a step in the right direction,” but said he wasn’t optimistic a deal would emerge “in the very near term.”

Recovery Rebate Fix Needed by Congress to Not Encourage MFS Filing Status - Annette Nellen, 21st Century Taxation. "I believe Section 6428(g) is incorrect because the tax law should not be encouraging MFS over MFJ. For example, a couple with children where one spouse has an SSN and the other has an ITIN, will need to determine if skipping the $1,200 EIP is better than losing an EITC and other tax breaks. This awful decision should not have to be made - a fix is needed from Congress."

How Would A Second Round Of COVID-19 Rebates Affect Households? Janet Holtzblatt, TaxVox:

Most likely, those second round of payments will have the same basic structure as the recovery rebates (rebranded last spring as the economic impact payments) authorized by the Coronavirus Aid, Relief, and Economic Security (CARES) Act: up to $1,200 for a single person and as much as $2,400 for a married couple. And people probably will still be eligible for the full rebate if their income is below $75,000 (or $150,000 if married), with the amounts gradually phasing out as income rises above those thresholds.

Estate and Business Planning for the Farm and Ranch Family – Use of the LLC (Part Two) - Roger MacEowen, Agricultural Law and Taxation Blog. "A single-member LLC holding a farmer’s general partnership interest in a farming operation can be structured to obtain valuation discounts when the interest is gifted to a member of the subsequent generation as well as at death."

New Iowa Laws Impact Agricultural Producers and Rural Landowners - Kristine Tidgren, Ag Docket. "Called the 2020 Omnibus Bill, this law makes a number of changes to Iowa tax law. Signed into law by the Governor on June 29, 2020, the primary intent of the bill was to streamline the administration of Iowa’s tax laws and coordinate their interaction with federal law. The provisions generally went into effect immediately, and many changes were retroactive. Highlights from the new law are summarized here."

Will Post-Wayfair Sales Taxes Keep Changing As More Shoppers Go Online? - Kelly Phillips Erb, Forbes. "As a result of Wayfair, there have been significant changes in sales tax compliance laws for remote sellers and marketplace facilitators. States rushed to change their laws following Wayfair, and more than a dozen states tweaked their sales tax laws beginning October 1, 2019. Since Wayfair, more than 40 states have made changes to their sales tax laws. 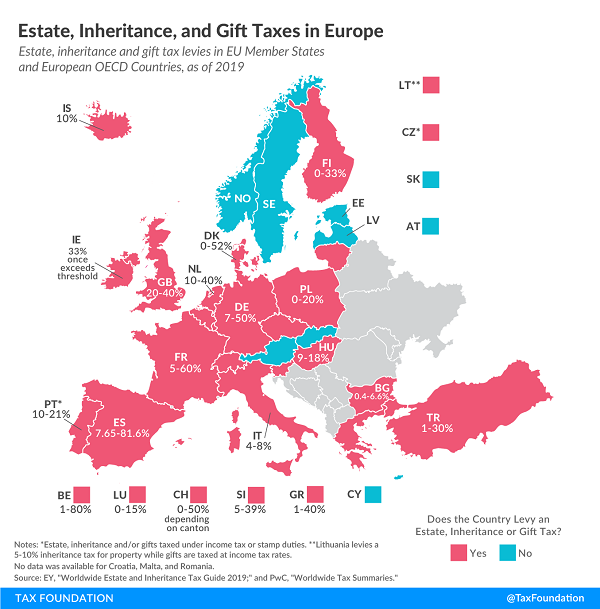 Tax Crimes May Ensure a Conviction for Derek Chauvin - Benjamin M. Willis, Tax Notes Opinions Blog.  "I am not a criminal attorney, but as a tax professional and former Treasury and IRS official who knows that a prison sentence is an available penalty for tax law violations, I think the tax-related charges are a separate insurance policy to ensure some sort of conviction against Chauvin."

The General Treasurer of Rhode Island is Seth Magaziner. When the state pays its bills, his signature (along with that of State Controller Peter Keenan) appears on the checks that are issued. Imagine the surprise when some business owners received tax refunds and instead of Mr. Magaziner’s signature, they looked down and saw “Mickey Mouse and Walt Disney.” Oops.