Noncorporate taxpayers would aggregate their gross receipts from all their trades and businesses under the proposed regs. The proposed rules would exclude individual taxpayers’ inherently personal receipts like wages.

The proposed regs also clarify what happens under section 471 when a small business taxpayer elects to treat inventory as non-incidental materials and supplies. This includes when those “materials and supplies” are used and consumed — the later of when the cost is paid or incurred or when the taxpayer provides its goods to the customers.

These regulations clarify whether a taxpayer is small enough to qualify for simplified inventory accounting, completed contract accounting, cash-basis tax reporting, and the exclusion from the business interest limitations enacted in 2017.

Under the proposal, most employees who travel to work in a state for up to 90 days in 2020 due to the pandemic wouldn’t have to file or pay tax to the state where they work temporarily. In addition, employers could allow employees to work at home from another state, and they would be protected from out-of-state filings until the end of 2020 or the employer allows 90% of workers to return to the office, whichever comes first.

Many states say even a single day of an employee working in the state subjects the employer to tax there.

Don’t Count Out PPP Deductibility, Senate Republicans Say - Jad Chamseddine, Tax Notes ($). "While that provision is missing from the Health, Economic Assistance, Liability Protection, and Schools (HEALS) Act rolled out by Senate Republicans, Finance Committee member John Cornyn, R-Texas, remains bullish that his proposal to allow for the deductibility of PPP-affiliated loans continues to be under negotiation."

Duplicate Copy of Form 3115 to Be Filed Via Fax with the IRS from July 31, 2020 Until Further Notice - Ed Zollars, Current Federal Tax Developments. - Ed Zollars, Current Federal Tax Developments. "The IRS announced[1] that the agency is going to be accepting the duplicate copy of Form 3115, Application for Change in Accounting Method, a taxpayer is required to file as part of a request for an automatic method change via fax beginning on July 31, 2020."

Update on the Tax Court - Keith Fogg, Procedurally Taxing. "Tax Court trials will be open to the public through an audio stream. The Court’s new online FAQ and example videos address this and many other aspects of Zoomgov trials." 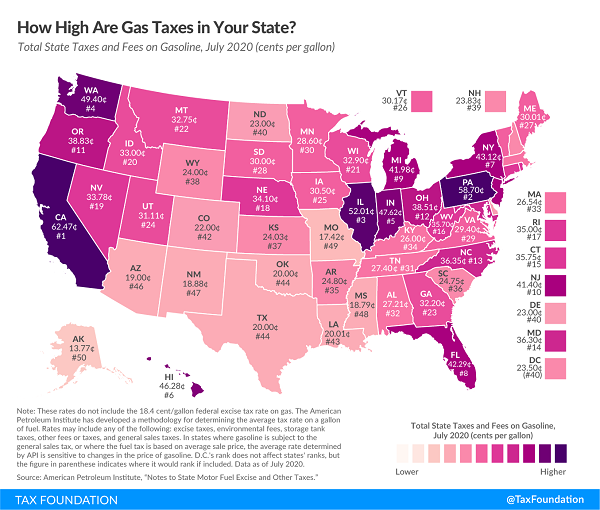 The Sac County Sheriff’s Office issued a warning late last week after a Nemaha resident came forward with a suspicious letter. It stated the Federal Tax Authority had issued a warrant that acts as a judgment against the recipient. It went on to detail that this could result in the seizure of bank accounts and property, garnishment of wages and/or the creation of liens on their property. Officials say this is a scam and is not from Sac County as it says at the top of the letter, but rather originated out of Los Angeles, Calif.

Not all scams come as e-mails or junk phone calls. If you get a notice from a tax authority and you aren't sure whether it's legit - and especially if you are - run it by your tax pro.

Florida Man Sentenced to Three Years in Prison for Obstructing the IRS - Department of Justice Press Release. From the release (name omitted):

According to evidence presented at trial, since 1999, Defendant, 67, refused to voluntarily pay federal income taxes. As a result, by 2014, he had an outstanding tax balance of more than $400,000. When the IRS attempted to collect Defendant’s unpaid taxes by filing liens and levying his paychecks and pension, Defendant obstructed the IRS’s collection efforts. Defendant submitted false forms to his employer claiming he was exempt from federal tax withholding, attempted to pay off his tax debts with checks written on a closed bank account, and threatened to file criminal complaints against IRS collection officers. In total, Defendant sent the IRS at least 15 worthless payments, purportedly totaling more than $1.9 million dollars.

There are better ways to deal with a tax debt.

Thai youth denounce government as a tax-hungry hamster - Kay Bell, Don't Mess With Taxes. "At the demonstration this past weekend in Bangkok, protesters sang new lyrics to the theme song for Hamtaro, a Japanese cartoon about a hamster who loves sunflower seeds."