The government stepped back from treating partnership guaranteed payments for capital as interest payments in recently released final regulations.

The final rules (T.D. 9905), released July 28, don’t explicitly treat guaranteed payments for the use of capital as interest in the final section 163(j) business interest limitation regulations, but the antiavoidance rules contain an example of how those payments could still be swept in as interest.

The TCJA rules limit the deductibility of business interest to 30% of "adjusted taxable income." Until 2022, depreciation and amortization are added back in determining the limit. The 30% threshold was raised temporarily to 50% for 2019 and 2020 in the CARES Act.

FAQs Regarding the Aggregation Rules Under Section 448(c)(2) that Apply to the Section 163(j) Small Business Exemption - IRS. The interest deduction limits of Sec. 163(j) don't apply to businesses with gross receipts under $25 million, adjusted for inflation after 2018. Businesses under the same $25 million cap can take advantage of other tax breaks, including cash-method accounting and favorable inventory computations.

Senate Bill Addresses Remote Worker State Tax And Gig Worker Issues - Peter Reilly, Forbes. "Most importantly to employers with people suddenly working at home, that will not create nexus for the state of the employee’s home to tax the employer. That is a really nasty problem as I describe here."

So it's all coronavirus-related, right? It says so right in the bill. Here's a closer look at what's inside:

Commerce, Justice, Science, and Related Agencies: $4.747 billion. Most of these funds are earmarked for the Department of Justice ($2.279 billion. Here's some of what is also included:

$1,750,000,000 for the design and construction of a Washington, DC headquarters facility for the Federal Bureau of Investigation (FBI);

$224,000,000 for “Science.” Nope, I didn't shorten that for you. It's just labeled "Science" for National Aeronautics and Space Administration (NASA);

Oh, and some tax stuff.

There Will Be No Showdown Over The Next COVID-19 Stimulus Bill. Pelosi Already Won. - Howard Gleckman, TaxVox. "True, the $1 trillion Senate GOP plan is just one-third the size of the $3 trillion HEROES Act, the stimulus bill passed by the House back in May. But in broad strokes, the plan offered by Senate Majority Leader Mitch McConnell (R-KY) and President Trump largely mimics the House version. Democrats and Republicans will struggle over important details, but the battle will be fought almost entirely on the Democrats’ ground."

Appeals Court Reverses on New Jersey Relocation Grants - Kristen Parillo, Tax Notes ($). "The Tax Court erred when it held that unrestricted cash grants given by New Jersey to businesses that relocated to the state were nontaxable capital contributions, according to the Third Circuit."

Another Tax Return Preparation Enterprise Gone Bad - Jim Maule, Mauled Again. "According to the indictment, over a period of years the owner of Kapital Financial Services and six employees 'allegedly conspired to falsify clients’ tax returns by claiming deductions, business losses, American Opportunity credits, education credits, and earned income tax credits that the clients did not incur, in order to fraudulently increase refunds to be paid by the IRS.'"

Suing to Recover Offset of Tax Refund Against Student Loan Debt - Keith Fogg, Procedurally Taxing. "This sad result for Ms. Nelson can be traced into the bankruptcy discharge provisions, which make it nearly impossible to discharge student loan debt."

U.N. Reemerging in Digital Economy Tax Debate - Nana Ama Sarfo, Tax Notes Opinions Blog. "Is there an appetite for global tax multilateralism? Michael Lennard is optimistic but cautious. Lennard, chief of international tax cooperation and trade in the U.N. Financing for Development Office, thinks the world is not yet at a 'high point for multilateralism,' even though taxation is a global issue in a globalized economy."

Recraft The EITC To Help Parents Caring For Children Who Can’t Return To School Full-Time - Elaine Maag, TaxVox. "It takes an engaged parent who often will have to reduce their amount of paid work. For those low- and moderate-income families who will have to play this role, an extended caregiver EITC could help keep family incomes stable."

Three-Fourths of New 2016 Investment Was Excluded from Improved Cost Recovery - Everett Stamm, Tax Policy Blog. "This matters because the income tax is biased against investment in capital assets to the extent that it makes the investor wait years or decades to claim the cost of machines, equipment, or factories on their tax returns." 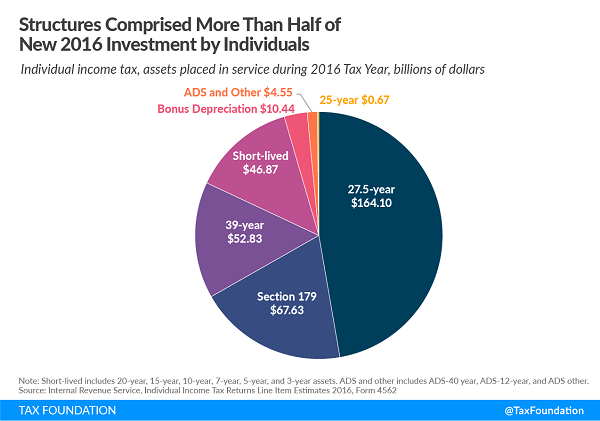 Famous Tax Quotes – Backdating of Documents - International Tax Blog. Quoting T.C. Memo 2006-25: "Although petitioners explain the backdating as a matter of convenience, the fact that any backdating occurred suggests a willingness to manipulate the relevant chronology in a way that does not enhance the credibility of petitioners’ evidence."