According to FAQ 46, any borrower that received PPP loans with an original principal amount of less than $2 million will be “deemed to have made the required certification concerning the necessity of the loan request in good faith.”

This is causing some exasperation:

“Lots of companies took out the loans based on the first set of rules, gave the money back based on the second, and now at the very last minute the SBA says, oh, never mind?” Brian Reardon of the S Corporation Association told Tax Notes. “It just comes across as arbitrary and inconsistent with the statute.”

Just refer to the Calvinball rulebook, and it all will become clear.

On May 13, 2020, the Treasury and the SBA issued Q & A # 46, addressing their procedures for reviewing Paycheck Protection Program borrowers' good faith certifications. It's good news for borrowers and should alleviate much undue stress prior statements had imposed upon many conscientious borrowers suddenly questioning their worthiness for the loan.

The guidance, reprinted in full below, states that borrowers receiving PPP loans with a principal amount of less than $2 million will be deemed to have made the required certification in good faith.

Kristine adds: "Although helpful to many, this guidance provides little consolation to those who unnecessarily returned their loans."

The Chair of the Ways and Means Committee, a Democrat, supports deductions for those expenses. Chief Senate Taxwriter Republican Charles Grassley has also expressed support for deducting costs that trigger PPP loan forgiveness. The HEROES Act introduced by House Democrats provides for the deduction.

"The HEROES Act is likely to meet with opposition in the Senate, if not before, so we may never know exactly how some of this money would have been allowed to be spent, but ideas from the HEROES Act are quite likely to make it into other legislative proposals. Both the scope of the relief and the methods of allocation could influence later bills."

House Drops HEROES Act - Amie Kuntz, Living the Tax Life. "Now it's likely just a start to this round of D.C. debating."

Quote of the Day: "What costs $3 trillion, has plenty of new tax provisions and isn’t becoming law? The new House Democratic bill to combat Covid-19." - From POLITICO's Morning Tax Newsletter (no link available).

IRS Win in Golf Course Easement Case Overturned - Kristen Parillo, Tax Notes ($). "The Tax Court’s conclusion that the taxpayer, Champions Retreat Golf Founders LLC, didn’t contribute the easement 'for the protection of a relatively natural habitat of fish, wildlife, or plants, or similar ecosystem' was wrong as a matter of law, the Eleventh Circuit held in a May 13 opinion."

A rare IRS courtroom defeat in a conservation easement donation case. The opinion says "Because the Code does not disqualify an easement just because it includes a golf course, we reverse the Tax Court's decision and remand for determination of the proper amount of the deduction."

State lotteries' appeal increases during COVID-19 lockdowns - Kay Bell, Don't Mess With Taxes. "Americans cooped up due to COVID-19 and watching their bank accounts dwindle are looking for alternative entertainment and hoping for a windfall more than ever."

To What Extent Does Your State Rely on Individual Income Taxes? - Janelle Cammenga, Tax Policy Blog. "Of all the states, Oregon and Maryland rely most heavily on individual income taxes, which account for 42.7 percent and 37.9 percent of their total state and local tax collections respectively." 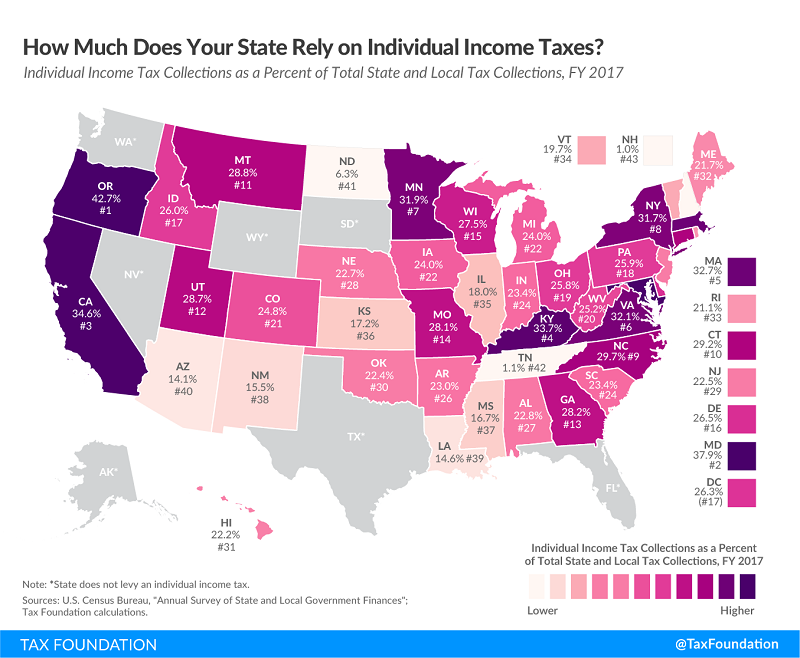 Trump Abandons Dock Dispute But State Income Tax Exposure Remains - Peter Reilly, Forbes. "If you leave your state of domicile and have no intention of ever returning and sever all connections, it remains your domicile until you establish a new one. For that reason domicile cases are usually, but not always, about the state you have left trying to hang on to you."

Three Ways Congress Should Design COVID-19 Relief for State and Local Governments - Tracy Gordon, TaxVox. "In the Great Recession, federal policymakers debated which alliteration should guide their stimulus efforts: Should it be timely, targeted, and temporary or substantial, speedy, and sustained? In the end, a combination of these methods won out plus a third, piecemeal approach that was 'opportunistic, extended, and under the radar.'"

Today in history: "Edward Jenner, an English country doctor from Gloucestershire, administers the world’s first vaccination as a preventive treatment for smallpox, a disease that had killed millions of people over the centuries." (History.com)