Jesse Hassinger, a chef and the owner of Belly of the Beast, a restaurant in Northampton, Massachusetts, said the failure of the Paycheck Protection Program (PPP) is “literally destroying true small businesses.” In a comment posted on the loan guidance at regulations.gov, Hassinger said the lack of available guidance at first meant small business owners were left in the dark on receiving the loans while larger corporations with ample resources were able to take advantage.

Considering the scope of the CARES Act and the haste in which it was enacted, it's surprising that it works as well as it has:

What’s more, following creation of the program, the SBA processed more than 14 years’ worth of loans in less than two weeks, according to the spokesperson.

Guidance continues to trickle out as the Treasury continues to modify its "Frequently Asked Questions," while some key questions - primarily on the effect of falling short of the required 75% of prior payrolls - remain open.

How Do Sole Proprietors Prove Usage of Funds for PPP Loan Forgiveness? - Jason Dinesen. "it looks like loan forgiveness is automatic on an amount equal to: 2019 net income, divided by 52, times 8."

Before the enactment of the Coronavirus Aid, Relief, and Economic Security (CARES) Act, P.L. 116-136, prior law required qualified improvement property (QIP) placed in service subsequent to Dec. 31, 2017, to use a 39-year tax life, and the property was not eligible for bonus depreciation. The CARES Act retroactively changed this recovery period to 15 years, which made QIP bonus depreciation eligible through 2026.

Qualified Improvement Property covers improvements to real property other than new buildings. Taxpayers with significant 2018 improvements have extra urgency to deal with the issue: the resulting bonus depreciation could create net operating losses, but the "quick refund" procedure for claiming NOL refunds for 2018 expires June 30.

Most Recent Extenders May Contain Hidden Disaster Deadline Gem - Nathan Richman, Tax Notes ($). "The new subsection provides a period disregarded in the same way as other disaster deadline extensions that starts with the date specified in a disaster declaration and ends 60 days after “the latest incident date."

This is something practioners have struggled with since early in the crisis - and why some of us thought that March due dates should have also been extended.

Oregon eases gross receipts tax payment rules - Oregon Department of Revenue Press Release. "Beginning immediately, Revenue has revised OAR 150-317-1300, dated April 27, 2020, to reflect a change in the threshold for making estimated tax payments from $5,000 of annual tax liability to $10,000 of annual tax liability for the first year of the tax. This means businesses that will owe less than $10,000 are not required to make quarterly estimated tax payments during 2020."

Q19. I think the amount of my Economic Impact Payment is incorrect. What can I do?

A19. If you did not receive the full amount to which you believe you are entitled, you will be able to claim the additional amount when you file your 2020 tax return.  This is particularly important for individuals who may be entitled to the additional $500 per qualifying child dependent payments. For VA and SSI recipients who don’t have a filing requirement and have a child, they need to use the Non-Filer tool (link) on IRS.gov by May 5 in order to have the $500 added automatically to their $1,200 Economic Impact payment. We encourage people to review our “How do I calculate my EIP Payment” question and answer (See question 11).

Does Your State Levy a Capital Stock Tax? - Janelle Cammenga, Tax Policy Blog. "like corporate income taxes, which are levied on a business’s net income (or profit), capital stock taxes are imposed on a business’s net worth (or accumulated wealth). As such, the tax tends to penalize investment and requires businesses to pay regardless of whether they make a profit in a given year, or ever." 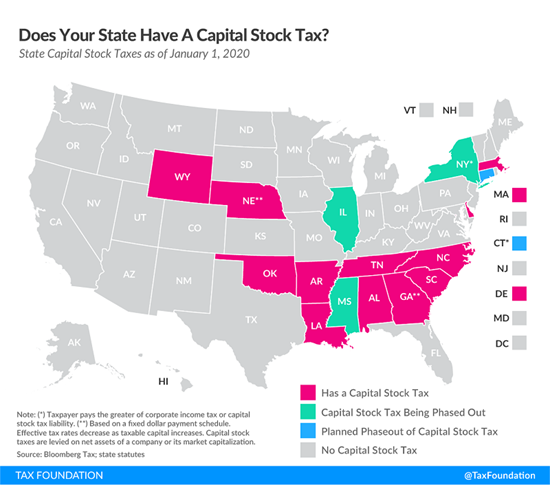 Is IRS Too Soft on People Claiming EITC? Treasury Says Yes and Also Suggests No - Leslie Book, Procedurally Taxing. "IRS knows that millions of Americans rely on those Code-based benefits. At the same time, about 25% of the EITC is classified as an improper payment, as Congress has been sure to remind Commissioner Rettig when he has been up on the Hill."

Trump’s Payroll Tax Holiday Won't Help the COVID-19 Economy. Another Republican Has A Better Idea - Howard Gleckman, TaxVox. "One is a temporary universal basic income. The other is a temporary wage subsidy for employers."

The court quoted several comments from Grassley, including: “The bill lets farmers in bankruptcy avoid capital gains tax. This is very important because it will free up resources to be invested in farming operations that otherwise would go down the black hole of the Internal Revenue Service.” Grassley was also quoted as saying that the provision would remove the IRS’s veto power over bankruptcy plan confirmations and prevent plans from failing because of taxes owed to the government.

This may or may not hold up on appeal. It's better when the legislation is clear enough that you don't have to go elsewhere to figure out what it means, or fight over it in court.