As Senate Coronavirus Package Stalls, House Democrats Intervene - Jad Chamseddine, Tax Notes ($). The politics are too baroque and depressing for me to understand. This, though, is interesting:

Heritage Foundation senior policy analyst Adam Michel predicted that both sides would be able to agree on keeping the temporary repeal because it functions better than a bailout and would apply to all businesses equally.

“NOL expansion and filing/remittance delay are the most important pieces to get businesses the cash they will need to weather this crisis,” Michel told Tax Notes.

Businesses’ ability to carry back NOLs arising in 2018, 2019, and 2020 is more limited under the House proposal because the five-year carryback provision prohibits carrybacks to tax years beginning before January 1, 2015. But some businesses, referred to as “disqualified taxpayers,” won’t be able to carry back any losses — such as those engaged in stock buybacks or handed out as golden parachute payments to departing executive officers — since the TCJA became law.

Updated lists of revised state filing deadlines are available from the AICPA and Bloomberg Tax.

Tax Day Is Now July 15: What to Know About Filing, Payment and IRAs - Laura Saunders, WSJ ($). "Does the new filing extension mean that I have until July 15 to contribute to my Individual Retirement Account, Roth IRA or Health Savings Account for 2019? The IRS’s guidance implies this, but the agency hasn’t yet made it explicit."

Not All Tax Returns Have Been Extended - Russ Fox, Taxable Talk. For example, Excise Tax returns and 990-Series returns are so far not extended.

Direct Payments In Coronavirus Stimulus Bill Are Well Targeted to Low- And Middle-Income Households - Howard Gleckman, TaxVox. "TPC found that the lowest-income households (those with incomes of about $25,000 or less) would receive an average payment of $1,480 and their after-tax income would increase by nearly 11 percent."

Overview of Previous Tax Rebates During Economic Downturns - Erica York, Tax Policy Blog. "The timing from enactment to distribution has varied from about one and a half months to more than two months, indicating that it has historically taken a significant amount of time for individual taxpayers to receive their rebates after the policies have been put in place."

House, Senate Coronavirus Relief Bills Offer Different Cash Payouts To Individuals - Tony Nitti, Forbes. "Of course, at the moment, there’s no reason to be optimistic EITHER bill will get done any time soon."

New Law Grants Paid Leave and Employer Credits for COVID-19 Absences - Kristine Tidgren, The Ag Docket. "The credits are refundable payroll tax credits, designed to immediately and fully reimburse employers, dollar-for-dollar, for the cost of providing the required leave to their employees." Related: What You Need to Know About the Tax Effects of Mandatory Leave Under the New Coronavirus Act.

In a fact-intensive analysis, Iowa Southern District Judge Robert Pratt ruled that Meredith was entitled to the deduction for work printed by contract printers. The ownership by Meredith of the paper used in the project and its control of the intellectual property required for the production of the magazines is cited in the opinion, which concludes:

Given the Court's findings of fact and conclusions of law, the Government owes Plaintiff a tax refund. Admittedly, it might seem more natural for a tax deduction meant to promote manufacturing to go to hands-on manufactures. But that is neither the law Congress authored nor the regulations the Treasury prescribed. And given decades of tax law that treated taxpayers who never touched a machine as a manufacturer, § 199 is no anomaly.

This may encourage refund claims by contract manufacturers for Pre-2018 years that remain open.

Tax Court Blesses 35% Valuation Discount On Investment Family Limited Partnership - Peter Reilly, Forbes. "It really should not work, but it does, so in the right circumstances I would recommend it. The big caution is that you have to respect the entity and not just treat the partnership as if it were a personal pocketbook."

Related: The Importance of Business Valuation.

For me, I'm not sure what those expenses would be, other than having to pay for and make my own coffee. And there is no out-of-pocket expense for customizing my Zoom meeting background. Today I'm working next to a lake in Finland. In the summer. 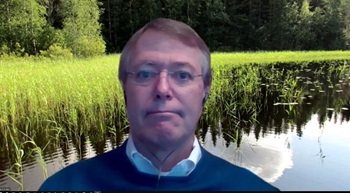 It may be too late for me, but stay sane, dear readers.