The 2017 tax law changes enacted a tax on “GILTI” -- Global Intangible Low-Taxed Income. In practice, it is a current income tax on foreign corporations controlled by U.S. shareholders.  Prior to 2018, such income was only taxed in the U.S. when it was returned from abroad. Many states that incorporate federal changes in their own income taxes have adopted this new tax – almost accidentally, according to the Bloomberg report:

Iowa is a strong example of a state that arrived at GILTI without much forethought, said Tom Sands, president of the Iowa Taxpayers Association. He called the state’s guidance “terrible tax policy,” but said the revenue department’s hands were essentially tied due to inaction by the Legislature and Gov. Kim Reynolds (R).

As Jared Walczak and Erica York of the Tax Foundation explain, “separate filing” states like Iowa are vulnerable to constitutional challenge on their taxation of foreign income. It remains to be seen whether states like Iowa will change their rules to avoid likely court battles with taxpayers. 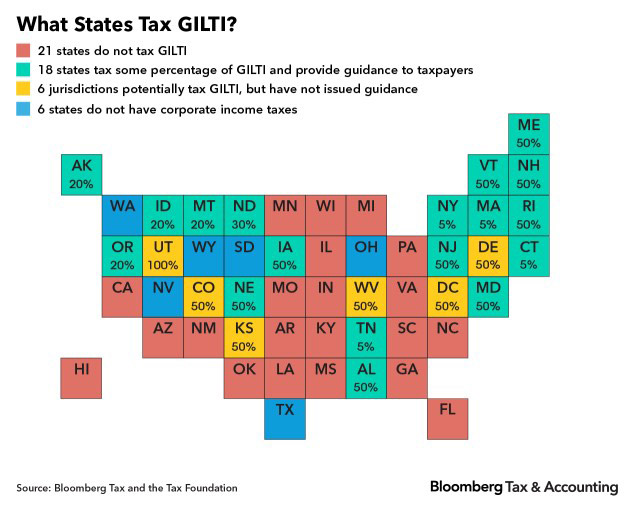 Final Interest Regs Leave OIRA, No Sighting of Second Batch - Emily Foster, Tax Notes ($). "Treasury and the IRS have said the regs will reflect significant changes to the proposed rules and address myriad issues, including the definition of interest, the computation of adjusted taxable income, and the small business exception." Some background here.

Proposed UBIT Siloing Regs Now Under Review - Stephanie Cumings, Tax Notes. "Section 512(a)(6), enacted as part of the Tax Cuts and Jobs Act, requires an organization with more than one unrelated trade or business to silo — that is, calculate separately — UBIT for each of its trades or businesses."

UBIT stands for "unrelated business income tax," which is similar to the corporation income tax, but is applied to business activities conducted by tax-exempt organizations.

Goodbye California & High Taxes! Hello Residency Audit? - Robert W. Wood, Forbes. "If you aren’t careful, though about how you do it, you could end up leaving California and yet being asked to keep paying California taxes"

Reporting gambling winnings & other income on Schedule 1 - Kay Bell, Don't Mess With Taxes. "All your Super Bowl LIV winnings, as well as any other gambling proceeds are taxable income. Yes, even the winning bets placed illegally." 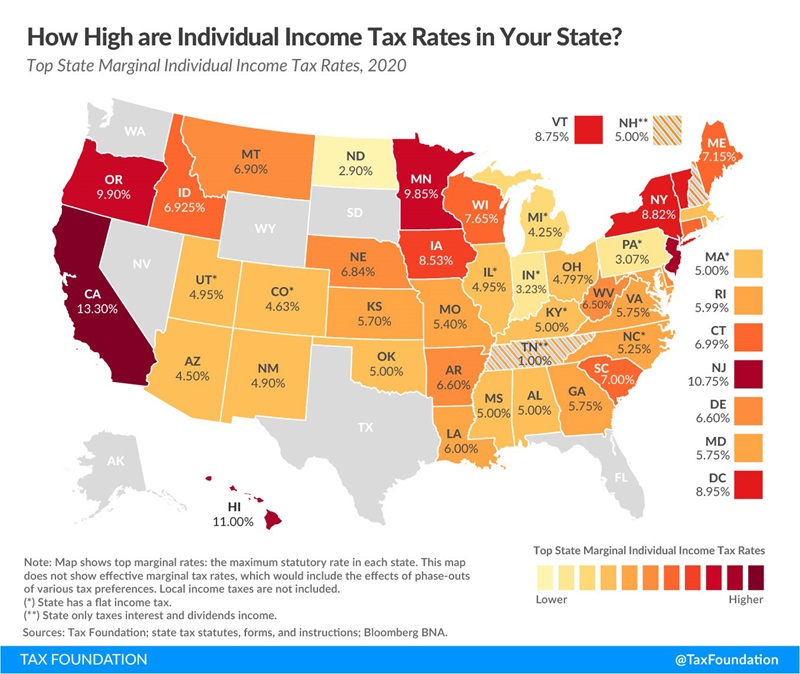 “Don’t Tax Me, Don’t Tax Thee, Tax That Person Who’s Richer Than… We.” - Renu Zaretsky, TaxVox: "Most Americans seem to believe that the wealthy should pay more in taxes, even though our federal tax system already is quite progressive. But public opinion polls, as well as my own informal survey of friends, suggest that people are not at all clear who 'the wealthy' are."

Crazy to argue that you don't have to pay income tax? Not crazy enough. A taxpayer got a 70-month prison sentence for using "tax protester" arguments to try to get out of paying taxes. He fined tax returns omitting over $2 million in income, according to the IRS, but he apparently didn't stop there. The Second Circuit explains (taxpayer name omitted in favor of "Defendant"):

In addition to these schemes, Defendant sent a steady stream of correspondence to the IRS claiming that the federal government lacks legal or constitutional authority to collect taxes. Sometimes, Defendant threatened legal action against the IRS officer responsible for his case; at other times, he proffered counterfeit bonds to satisfy his tax liabilities. In response, the IRS repeatedly sent educational materials debunking many of his arguments, which the IRS had encountered before.

As often happens, this went well until suddenly it didn’t. Indictment and conviction followed. Crazy, huh? Well, that's what the taxpayer argued on appeal:

Counsel argued that Defendant's bizarre conduct before and during trial raised a series of red flags impugning his mental fitness, and submitted a psychological report from Dr. Andrew Meisler, who had interviewed Defendant and examined part of the trial record.

Not crazy enough, apparently. From the appeals court:

...Dr. Meisler conceded that Defendant's purported delusions are “fairly circumscribed around the government and the tax code and the history and the law.” And the report overlooked evidence that Defendant's unorthodox political views did not impair him in other areas of his life: his earnings show considerable success as an insurance salesman long after he stopped paying taxes; and Defendant's PSR noted that his siblings were unaware of him having any mental health problems.

The Moral? If you want to be crazy enough to not pay taxes, you need your crazy to be comprehensive.