Kansas, Nebraska, and Utah Lawmakers Pursue “Not GILTI” Verdicts - Jared Walczak, Tax Policy Blog. "These states’ taxes on GILTI are accidents of the conformity process which undermine their economic competitiveness and raise serious constitutional issues that may have to be resolved in court. Alternatively, legislatures can take control of the process, choosing to decouple from a provision which has never made sense in a state context."

Iowa also conforms to federal GILTI rules. This creates the same policy and constututional problems that other states face, but more so. As Jared pointed out on Twitter, Iowa has "Additional issues, too, given that Iowa is a separate reporting state."

GILTI stands for "Global Intangible Low-taxed Income." It is a provision that imposes a current tax on foreign corporations that are majority-owned by U.S. persons. Iowa's separate reporting regime for domestic corporations omits non-Iowa U.S. corporations owned by Iowa shareholders from Iowa tax if they have no Iowa business. Iowa's GILTI rules would tax such a corporation if it is incorporated offshore -- which is highly likely to be ruled a constitutionally impermissible state discrimination against overseas commerce. 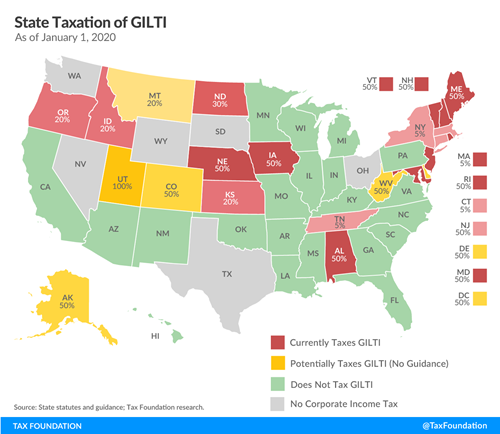 Taxpayers think there is an audit lottery.  Tax professionals know better.  True, there is an audit lottery in the sense that only a very, very small percentage of returns are subject to human scrutiny.  But what most taxpayers overlook is that the IRS relies heavily on machines to process returns and, in that process, uses myriad automated programs to review all returns.  The truth is that every single return filed is subject to some level of review by the IRS.

Just because your return is untouched by human hands doesn't mean you'll slip something past them.

Minnesota Business Owner Sentenced To 46 Months In Prison For Tax Evasion - US Department of Justice*:

As proven at trial, Defendant owned and operated a Roseville-based construction company. From 1999 through 2018, Defendant took steps to hide his income and to actively evade the assessment of taxes, including using sham businesses, closing his personal bank accounts, using money orders and cash to pay for daily expenses, and creating a fake religious organization in order to hide his income and assets. Following a 2007 IRS audit, Defendant filed personal income tax returns for the calendar years 2002 through 2007, admitting that he owed more than $145,000 in federal income taxes for those years. Nevertheless, despite filing the returns, Defendant didn’t pay any of the taxes he admitted he owed to the IRS. Defendant also failed to file tax returns or pay any of his federal incomes taxes from 2012 through 2018.

* Name of taxpayer in original replaced with "Defendant."

Sometimes taxpayers think they can outsmart the tax authorities. It can work for awhile. The taxpayer might even convince his friends that they are suckers for paying their taxes. Then all of a sudden it doesn't work.

As long as there are press releases to issue and ribbons to cut, politicians will be tempted to offer special tax deals.

Not all heroes wear capes. Some drive taxis. California cab driver Rajbir Singh got to talking with his passenger, a 92-year-old woman who told him she needed to get to her bank to withdraw $25,000 to settle an IRS debt. She said somebody had called her and told her she owed the money. Singh tried to convince the woman she was likely being scammed—even repeatedly calling the number the scammer had given her--until the scammer blocked his calls. He ultimately convinced her to go to the local police department, where an officer also explained what was happening. "His quick thinking saved a senior citizen $25,000 and for that, we greatly appreciate his efforts," a police spokesman said.

It's sad that there are people who will scam the elderly. It's reassuring, though, that there are good people out there who know that the IRS never calls you at home to demand payment in cash or gift cards, and who will go to extra trouble to help stop a thief.