The IRS looks to take advantage of new rules allowing the IRS to assess taxes to partnerships, rather than just to the individual partners. By scrapping the cumbersome "TEFRA" rules for examining partnerships, Congress wanted to increase the microscopic audit rate for Form 1065.

In addition to implementing the new large partnership audit procedures enacted in BBA, LB&I has many ongoing efforts to increase the volume of audits for passthrough entities. Employees should expect to see more work in this area in the coming year and into the future.

These rules took effect for returns filed for 2018. The rules give czar-like powers to the "partnership representative" in dealing with IRS exams, making it a critical position if the return is examined. It's sort of like being vice-President -- the position is meaningless, until it's everything. Yet the choice of a partnership representive is often made with even less thought than would-be presidents give to choosing a running mate.

Many partnerships have "opted out" of the rule, seeking to avoid these complications. But the story says that opting out only does so much:

Practitioners have questioned whether electing out of the regime means the partnership is more likely to be audited later. In March 2019 Kathryn Zuba, IRS associate chief counsel (procedure and administration), said taxpayers could rest assured that electing out would have no effect on whether they would be audited.

Only partnerships with fewer than 100 partners can opt out of the rules, and then only if they have exclusively "eligible" partners - a definition that excludes partnerships, grantor trusts and disregarded entities. A single living trust as a partner brings kills the opt-out.

IRS Updates Life Insurance Basis Rulings for TCJA Change - Nathan Richman, Tax Notes ($). The 2017 tax law changes eliminated the requirement that taxpayers reduce the basis of insurance policies by the amount of insurance incurred before the sale. The updated ruling (Rev. Rul. 2020-05) illustrates how this change reduces the gain on the surrender of a policy.  The change is retroactive, opening the door to amended returns.

Proposed Interest Deduction Regs Arrive at OIRA - Emily Foster, Tax Notes. ($) "However, the scope of those rules remains a mystery."

Trump's FY21 budget calls for extended tax cuts and more IRS money - Kay Bell, Don't Mess With Taxes. "The Trump administration is boosting slightly funding for the IRS, proposing $12 billion for the agency in fiscal 2021 to go toward its primary functions."

Lesson From The Tax Court: Drafting Error Costs Client $16 Million Deduction - Bryan Camp, TaxProf Blog. "The resulting drafting error was so bad that not even tax litigators could twist the deed’s language to fit the requirement.  That cost the taxpayer a $16 million charitable deduction."

War On Easement Deductions- $30 Million Denied In Three Cases - Peter Reilly, Forbes. "All in the Tax Court has disallowed over $30 million in deductions in less than a week."

Logic Loses in Taxpayer’s Effort to Recover Attorneys’ Fees - Linda Galler, Procedurally Taxing. "Because the case was settled before a court proceeding had commenced, the qualified offer rule did not apply."

2019 Published Expatriates - Lowest Level in Six Years - Andrew Mitchel, International Tax Blog. "The peak of expatriations was in 2016, with 5,411 published expatriates, and the number has been substantially decreasing ever since." 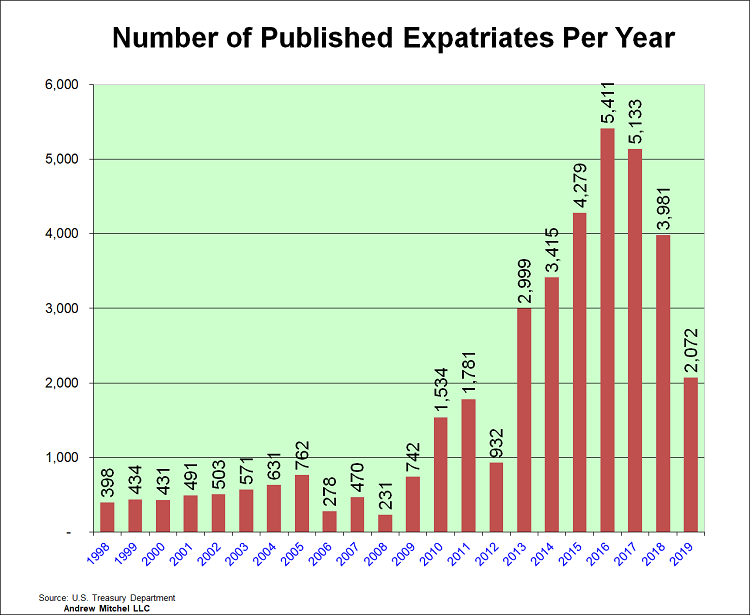 Amricans abroad face extra financial challenges. They often have to file extra reports on their bank accounts overseas -- if they can get an overseas bank to even let them open an account. The additional burdens imposed by FATCA pushed many  "accidental Americans," including the British Prime Minister, to give up their U.S. Citizenship. Good tax help is a must.

We Don’t Know If The SALT Cap Is Driving Away Residents Of High-Tax States - Lucy Dadayan, Noah Zweifel, TaxVox. "About half of all states have suffered a net loss of tax filers in recent years. But it’s too soon to tell if the SALT cap is driving this migration." 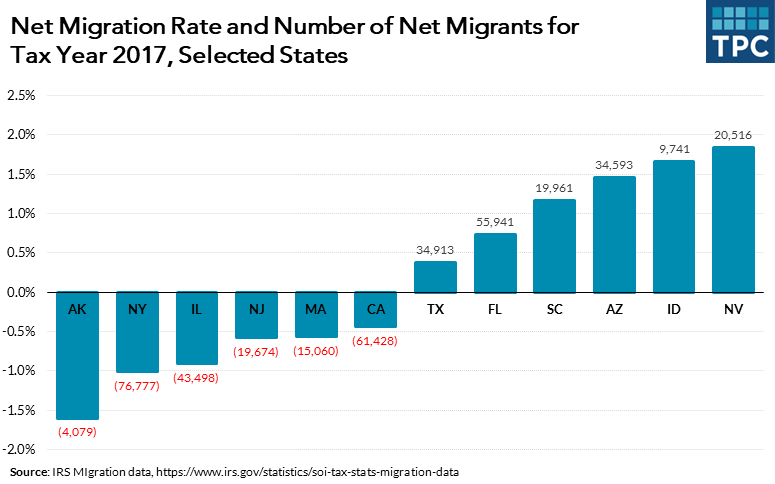 Taxes aren't everything, but they are certainly a thing.

Quote of the Day:

Having Joe Kristan back in the tax blogosphere is a great development which I hope to write on more later. I mourned when Joe hung up his keyboard in 2017.