“The bill also includes IRS funding for the coming year, as well as a variety of tax measures that would allow businesses to deduct expenses paid for with Paycheck Protection Program loans, expand the employee retention credit, and extend expiring temporary tax provisions. Without Trump's signature, the government would have faced another shutdown on December 29.”

Trump Signs Covid-19 Aid Bill Averting Government Shutdown - Natalie Andrews and Andrew Restuccia, Wall Street Journal ($). “Mr. Trump objected to the legislation last week, after it had already passed Congress with overwhelming bipartisan support, saying that lawmakers needed to increase the size of direct payments to Americans to $2,000, up from $600 per adult and per child for individuals with adjusted gross incomes under $75,000.”

PPP expense deductibility and forgiveness raises basis, other issues – Alex Scott, J.D., LL.M. “The Consolidated Appropriations Act, 2021 (CAA 2021), H.R. 133, Division N, Section 276, provides that deductions are allowed for otherwise deductible expenses paid with the proceeds of a Paycheck Protection Program (PPP) loan that is forgiven and that the tax basis and other attributes of the borrower’s assets will not be reduced as a result of the loan forgiveness.”

“It goes without saying that 2020 was an awful year. It brought the worst pandemic in a century, the nastiest presidential election campaign in modern US history, and an extraordinary example of failed policymaking in the face of an historic public health and economic crisis.

Nonetheless, it is time for Tax Vox to nominate the 10 worst tax policy ideas of 2020. The first three come from the states, courtesy of my Tax Policy Center colleague Richard Auxier. The rest are all about the 2020 presidential campaign and pandemic relief.”

Here Are The Biggest Billionaire Scandals Of 2020 – Lisette Voytko, Forbes. “Number one with a bullet. The New York Times achieved in September what was starting to seem impossible: they got hold of Donald Trump’s tax returns, and what they found was a doozy.”

Covid Recession Hurting State And Local Budgets, And The Economy – Richard MaGahey, Forbes. “We are halfway through fiscal year 2021 for states, which for almost all of them began on July 1.  The National Association of State Budget Officers (NASBO) tells us this is the first year since the Great Recession where state general fund spending is declining, “1.1 percent compared to fiscal 2020 and…5.5 percent compared to governors’ budgets proposed before the pandemic.”

Insurance shoppers: Plan now to trim next spring’s tax bill – Tom Murphy, AP News. “An unpleasant tax surprise may be lurking next spring for some people who bought health insurance this year on the Affordable Care Act’s coverage marketplaces.”

Another Delay in IRS Notices Prompts Call for Review – Frederic Lee, Tax Notes. “Two House taxwriters are calling for a review of delayed IRS notices after the national taxpayer advocate alerted taxpayers that a second round of notices is delayed and that those being mailed through January 2021 may have due dates that have already passed.”

“Last month, because of ongoing issues related to the COVID-19 pandemic, the IRS was unable to mail over 11 million notices after they were computer generated, National Taxpayer Advocate Erin Collins said in a December 22 blog post. The dates on those notices include November 9, 16, and 23 — although not all notices bearing those dates were delayed, she said.”

Sparkling Wine Taxes in Europe – Elke Asen, Tax Policy Blog. “This week, people around the world will celebrate New Year’s Eve, with many opening a bottle of sparkling wine to wish farewell to—a rather consequential—2020 and offer a warm welcome to the—by many of us, long-awaited—new year 2021.” 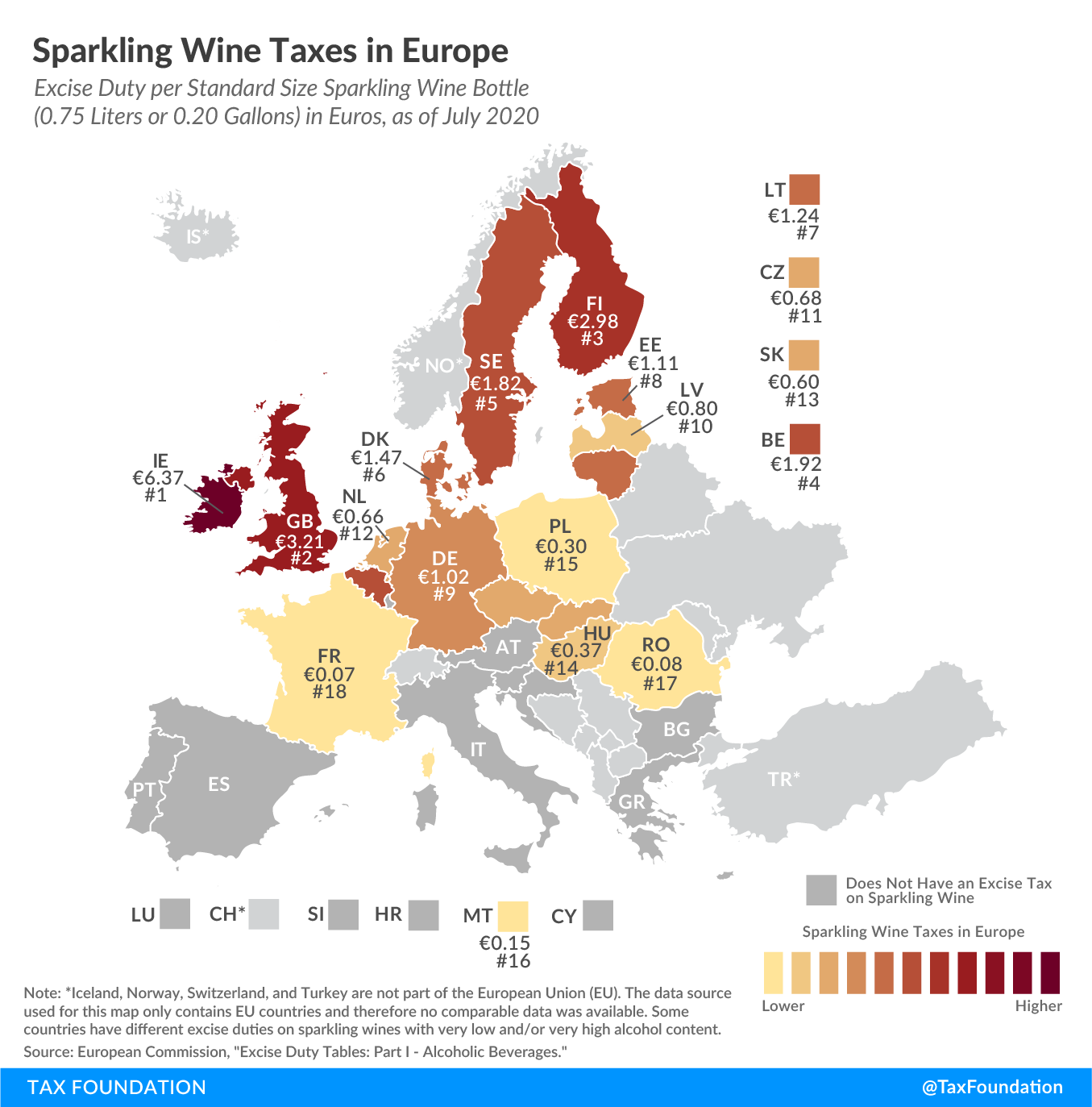