Congressional lawmakers appeared to be nearing a deal December 16 to combine an appropriations bill extending government funding with a COVID-19 relief package. But there is also hope among lawmakers and business groups that the government funding bill will include an extension of more than two dozen expiring tax credits.

Senate Finance Committee Chair Chuck Grassley, R-Iowa, told Tax Notes that the chances of the tax extenders being attached to the funding bill are good if the bill is accompanied by a COVID-19 relief package.

Also: "Grassley was tight-lipped about which tax extenders might be included in the bill."

The negotiators appear to be on track to permit the deduction of expenses triggering forgivements of Paycheck Protection Plan loans. This would overturn a Treasury position that such expenses are nondeductible.

Lawmakers Near Covid-19 Relief Deal With Second Round of Stimulus Checks - Kristina Peterson and Andrew Duehren, Wall Street Journal ($). "The package under discussion was expected to include, along with direct checks, $300 a week in enhanced unemployment insurance, funding for vaccine distribution, schools, small businesses and health-care providers, rental assistance and other relief measures."

Congress Should Include More Unemployment Benefits And Another Stimulus Payment In A New Relief Bill - Howard Gleckman, TaxVox. "Public health experts agree that the pandemic will be especially aggressive through the winter. It will be at least summer before enough people have been vaccinated that commerce can return to something resembling pre-pandemic normal."

Bill on Trump’s Desk Would End States as Tax Havens - Amy Hamilton, Tax Notes ($). "The language would require most corporations, limited liability companies, and other entities formed under state laws to disclose the identities of their true owners to Treasury’s Financial Crimes Enforcement Network, which would store the information in a nonpublic database."

New entities would be required at the time of formation to report their true owners’ names, addresses, dates of birth, and government-issued ID numbers to FinCEN. Existing companies would have a two-year transition period to report their beneficial ownership information, with one exception: Any change in ownership would always require immediate disclosure of the new owners to the federal government.

Civil and criminal penalties could apply to anyone “willfully” providing false beneficial ownership information to FinCEN or willfully failing to report or to update information about the true owners.

FinCEN is the Treasury arm that also collects reports on ownership of foreign financial accounts - a provision notorious for harsh penalties on inadvertent violations. With that background, and considering the "Civil and criminal penalties could apply to anyone 'willfully' providing false beneficial ownership information to FinCEN or willfully failing to report or to update information about the true owners," I expect it to hit innocent taxpayers harder than it will it the tax evaders it is targeting.

Among the possible traps for taxpayers are undelivered portions of direct payments to individuals, enhanced unemployment benefits, and forgivable business loans under the Paycheck Protection Program.

Tax return preparers warn, for example, that many people have likely thrown away a key document for claiming the rest of their stimulus checks under the March CARES Act (Public Law 116-136) if they received too little from the IRS this year. Without the document, individuals risk entering incorrect information on their federal tax returns, possibly delaying the processing of those returns and any associated refunds.

Five Ways the Pandemic has Changed the Playbook for Financial Institutions - Eide Bailly. "For most financial institutions, this pandemic left no corner of their businesses untouched." 2020/12

IRS goal: Issue most 2019 tax refunds by Dec 31, 2020 - Kay Bell, Don't Mess With Taxes. "The amount of unopened tax mail at one point was nearly 13 million. The IRS said that as of Nov. 24, the backlog has been trimmed to 7.1 million unprocessed individual tax returns and 2.3 million unprocessed business returns."

It would be nice if they would stop sending nastygrams to taxpayers whose returns and checks are sitting around unprocessed.

Final Regulations on Parking Lot Tax Issued by IRS - Ed Zollars, Current Federal Tax Developments. "One interesting change involves an expansion of the exception under IRC §274(e)(8) where the employer can demonstrate the qualified transportation fringe has zero value—that is, the general public would not pay to park a car in the location in question." 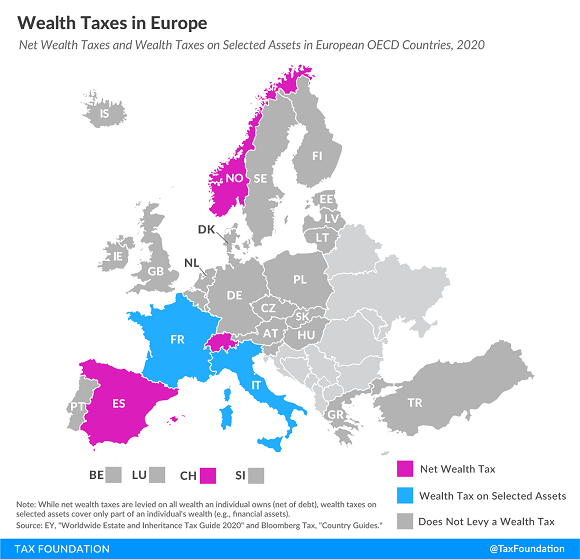 Bipartisan House Bill Would Temporarily Zero Out BEAT - Alexis Gravely, Tax Notes. "The Save Jobs During the Pandemic Act of 2020 would cut the current 10 percent minimum tax to zero for those with BEAT liability in tax year 2020."

BEAT is a minimum tax on multinational operations.

The announcements have highlighted the vastly different tax and regulatory systems in the country’s two most populous states. California relies more on taxing personal income, particularly of high-income households, and operates a growing regulatory structure. Texas leans on more regressive property and sales taxes and boasts a more laissez-faire environment. The biggest difference: High-paid executives who move can see their state income-tax bills go from 13.3% to nothing.

But corporate investors hoping for big tax and other savings may need to temper their enthusiasm.

Taxes aren't everything, but they are certainly a thing.

Minnesota updates "residency" fact sheet. Minnesota has posted a fact sheet explaining how it determines residency. As the rules are similar to those found in other states, it's worth a look if you are considering a move and want to get the taxes right. For example:

You’re considered a Minnesota resident for tax purposes (even if you have permanent residency in another state) if you meet both of these
conditions:
• You spend at least 183 days in Minnesota during the year (any part of a day counts as a full day)
• You or your spouse rent, own, maintain, or occupy a residence in Minnesota suitable for year-round use and equipped with its own cooking and bathing facilities
If both conditions apply for the entire year, you must follow the filing requirements for a full-year Minnesota resident.

First Flight. The Wright Brothers achieved powered flight on the morning of December 17, 1903 in Kill Devil Hills, North Carolina. And if that isn't enough to celebrate, today is also National Maple Syrup Day.