Top Senate Republicans signaled Thursday they wouldn’t accept a bipartisan group’s efforts to craft a compromise on state and local governments and liability protections during the pandemic, undercutting the coalition’s attempt to break the months-long impasse over a coronavirus relief package...

On Tuesday, Mr. McConnell instead urged moving forward with a smaller relief package that omits both the liability provision that Republicans want, as well as state and local funding, a Democratic priority, saying they could potentially be addressed next year.

The bipartisan outline would allow a deduction for expenses incurred with Paycheck Protection Program funds, overriding the Treasury's ruling that the expenses are non-deductible.

Congress still stalemated over pandemic relief - Renu Zaretsky, Daily Deduction. "Aides to Senate Majority Leader Mitch McConnell spread the word yesterday that a majority of Republicans would not go along with a bipartisan $908 billion relief plan. Their problems: They won’t support a compromise liability shield for businesses sued by workers or customers  who contract COVID-19 or $160 billion in state and local government relief."

New Bipartisan Covid Bill Would Expand PPP, But Not Offer Stimulus Checks - Kelly Phillips Erb, Forbes ($). "If it advances, it would be the first significant stimulus action from Congress since the Coronavirus Aid, Relief, and Economic Security Act or the CARES Act was signed into law in March of 2020."

The SBA said in updated FAQs that it will assess whether recipients of Paycheck Protection Program loans had an adequate basis for making a good-faith certification, as required under the Coronavirus Aid, Relief, and Economic Security Act (P.L. 116-136), at the time of application, even if later developments resulted in the loans no longer being necessary.

Also: "Now, with the questionnaires, some practitioners have said the SBA and Treasury are changing the rules late in the game."

Treasury during the Trump administration suspended the tradition of including a “green book” of revenue proposals alongside its annual budget proposal to Congress. With Biden proposing dozens of tax increases throughout his presidential campaign, however, his upcoming administration might be quick to bring it back, according to Eric Solomon of Steptoe & Johnson LLP.

As Biden’s term in office progresses and he addresses other priorities like restoring infrastructure or shifting global supply chains back to the United States, there will likely be more pressure to have revenue-raising proposals on hand to offset the cost, Callas said. And Biden’s campaign tax plans, which add up to a “substantial net tax increase,” offer plenty of options for that, he said.

New York Governor: Tax Increases Expected Even With Federal Aid - Carolina Vargas, Tax Notes. "The governor said tax increases would probably be inevitable to help fill the budget deficit, even if New York receives federal aid. There would be “tax increases in any event,” Cuomo said, but the size of the increases would depend on the amount of federal aid given, if any."

Ranking Property Taxes on the 2021 State Business Tax Climate Index - Janelle Cammenga, Tax Policy Blog. "Although taxes on real property tend to be unpopular with the public, a well-structured real property tax generally conforms to the benefit principle (the idea in public finance that taxes paid should relate to benefits received) and is more transparent than most other taxes." 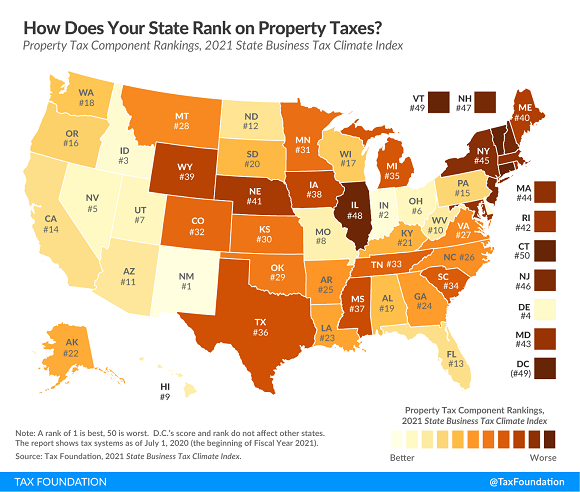 IRS Releases Guidance in Form of Q&As on Sections 102 and 103 of SECURE Act - Ed Zollars, Current Federal Tax Developments. "While only three questions addressed the issues with the auto-enrollment cap, there are ten questions dealing with the changes to the notice requirements for changes in safe harbor plans found in Secure Act §103."

But home improvements are a different, and more valuable, tax animal. These projects add to your personal piece of real estate's value or prolong the property's life.

These capital improvements to your home add to its basis. And that adjusted basis of your home is what you use to calculate your eventual profit on the sale of your home. A larger basis means a smaller profit.

And a roadrunner photo at no extra charge!

'There Is No Frigate Like a Book': Tax Law and Literature - Marie Sapirie, Tax Notes Opinions. "The creator of Jeeves, the best-known valet in English literature, and Bertie Wooster, his aristocratic employer who is “mentally somewhat negligible” but has a heart of gold, was the center of a not particularly amusing Supreme Court case over the amount of taxes he owed to the United States. It’s a standard case in international tax law textbooks illustrating fixed or determinable annual or periodic income."

Bob Dylan’s Catalog Sale Highlights a Tax Advantage for Songwriters - Richard Rubin and Laura Saunders, Wall Street Journal ($). "The price hasn’t been revealed but is said to be between $300 million and $400 million."

Boy from Hibbing makes it good. Quite good.