The final regulations now state that property is classified as real property for purposes of section 1031 if:

Treasury and the IRS also eliminated the proposed regs’ purpose or use test, under which the function of property was considered in determining whether the property was real property for section 1031 purposes.

PPP IRS And Tax Deductions - is Resistance Futile? - Peter Reilly, Forbes ($). "S Corporation" shareholders should be entitled to a basis step-up thanks to the the Gitlitz decision."

AICPA Urges Members to Pressure Congress on PPP Deduction Fix - Eric Yauch, Tax Analysts. "The American Institute of CPAs urged its members to pressure lawmakers to settle the issue of whether expenses are deductible when PPP loans are involved. If Congress doesn’t act soon, the issue could hurt businesses trying to plan for next year."

IRS Denies PPP Tax Deductions Even If Loan Might Be Forgiven In Future - Robert W. Wood, Forbes ($). "In Notice 2020-32, the IRS denied tax deductions even for expenses that are normally fully deductible. The IRS says allowing a deduction would be a double dip."

How to deduct your PPP expenses under the CARES Act? - C. Brian Streig, CPA. "Right now, the IRS says you can’t deduct the expenses related to your PPP loan forgiveness but it doesn’t have to be that way. Write to your Congressperson and Senators and tell them to allow PPP Expense deductions for small businesses. See the sample letter at the end of this post from the AICPA."

IRS Crushes Hopes Of Deducting PPP-Paid Expenses Before Forgiveness Approval; But Questions Remain - Tony Nitti, Forbes ($). "But which expenses are nondeductible? Do they get to pick and choose?"

PPP Deductibility: Will anyone think of the States? - Adam Thimmesh, Surly Subgroup. "States generally piggyback on federal tax laws for purposes of their own taxes, and that practice means that Congressional action can impact states to a great deal."

Senate Finance Committee member Mark R. Warner, D-Va., told IRS Commissioner Charles Rettig in a November 23 letter that some families are being denied a credit to lower their healthcare costs despite having filed their 2019 tax returns...

Warner said some taxpayers are being denied the credit through no fault of their own as the IRS continues to deal with processing delays after Treasury moved the tax return filing deadline from April 15 to July 15.

The Use of Deferred Payment Contracts - Specifics Matter - Roger McEowen, Agricultural Law and Taxation Blog. "The most likely way for a farmer to avoid an IRS challenge of a deferral arrangement is for the farmer to enter into a sales contract with a buyer that calls for payment in the next tax year." 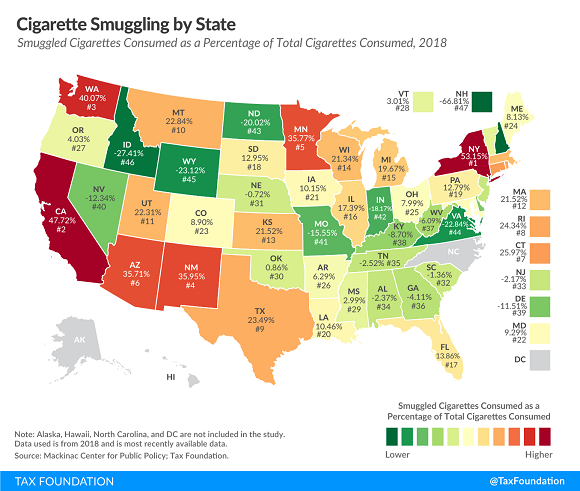 Apparently the majority of cigarettes smoked in New York in 2018 were smuggled.

When 5 ½ Months Seems Fast - Russ Fox, Taxable Talk. "The IRS shows the return was processed today, November 23rd. That’s more than 8 ½ months from the date it was received (and more than 9 months after it was sent). Yes, we’re dealing with Covid but this is really unacceptable."

VITA offers free tax return preparation to eligible taxpayers who earn less than a certain amount. For the 2020 filing season, that was $56,000 or less.

In addition, VITA services take into account whether a filer has disabilities and how well they speak or understand English.

Every filing season, VITA volunteers help eligible taxpayers at sites nationwide complete their returns and then electronically file them, all at no cost.

How to Navigate a Remote Audit - Jeff Burch, Eide Bailly. "Some of the most significant challenges faced by both the auditee and the auditor in this 'new normal' environment include changes to inventory observations and internal controls, accessibility to audit documentation, and potential noncompliance with laws and regulations."

Selling a Digital Brooklyn Bridge - Mindy Herzfeld, Tax Analysts. "The lack of basic digital infrastructure in so many developing countries — precisely the ones a withholding tax on digital services is supposed to help — makes the position being advocated at the United Nations particularly troubling. Given that doing business in developing countries is often much more expensive than elsewhere, imposing additional costs in the form of taxes is likely to discourage businesses from investing in those countries, thereby depriving them of the infrastructure needed to expand their economies."

An Update on the Center for Taxpayer Rights - Nina Olson, Procedurally Taxing. The retired Taxpayer Advocate explains: "We are committed to raising taxpayer rights issues in the courts via amicus briefs; the Center and LITCs are particularly well-situated to explain the impact of various holdings on low and moderate income taxpayers, analyses and consequences that might not otherwise be raised in litigation."

Today in History - the legend of D.B. Cooper. 49 years ago today, a hijacker who bought a ticket under the name Dan Cooper parachuted out of a Boeing 727 over Washington State with $200,000 of ransom money and was never heard from again.