This is a roundup of tax news and opinion. Opinions found at the link are those of the authors of the linked item, not of your bloggers or of Eide Bailly. “$” means link may be behind a paywall.

Eighteen months after the Supreme Court gave states the green light to tax online transactions, small companies that sell things as diverse as recycled yarn and gold bullion are struggling to adjust.

This is a reference to the Supreme Court's Wayfair decision allowing states to tax sellers with no physical presence in the state.

“Small businesses are definitely the ones that are really adversely affected,” said Clark Calhoun, a state and local tax attorney in Atlanta. “A bigger business is typically going to have more robust sales-tax software,” he said, as well as “a better sense of where their products are going and will be well over the sales thresholds every single year.”

Businesses that don't keep up with their sales tax filings can dig themselves a big hole. If you don't file sales tax returns, states have forever to assess back taxes, interest and penalties. While software helps with the complexity of filing in dozens of states, dealing with dozens of states is a challenge.

Cryptocurrency Checkbox Could Aid IRS in Finding Tax Criminals - Wesley Elmore, Tax Notes ($). "In the case of the new checkbox, he said, CI could be alerted to an individual who checks 'no' but who is shown in a different data set to have had millions of cryptocurrency transactions last year."

Don’t Get Ghosted By Your Tax Preparer This Season - Kelly Phillips Erb, Forbes. "A ghost preparer is a paid tax preparer who isn't on the IRS' radar because he or she doesn't have a Preparer Tax Identification Number (PTIN). And to stay hidden, a ghost preparer will take money from a taxpayer to prepare a tax return but not sign the return which means that, to the IRS, the return appears to be self-prepared."

22 tax deductions, no itemizing required, on Schedule 1 - Kay Bell, Don't Mess With Taxes. "These used to be called, at least by the tax community, above-the-line deductions...Technically, though, their official name on tax returns was adjustments to income.”

Unique, But Important Tax Issues – “Claim of Right”; Passive Loss Grouping; and Bankruptcy Taxation - Roger McEowen, Agricultural Law and Taxation Blog. "The plaintiff sought to group the vacation rental properties with his other rental activities as a single activity for purposes of the material participation rules of I.R.C. §469.".

The Mailbox Rule – Lew Taishoff, Taishoff Law. “The envelopes were properly addressed and postpaid. Judge Gerber finds they were mailed a day late and a lot more than a dollar short.”>  If you have to mail a tax form that matters, spring for certified or registered mail to prove timely filing.

Digital Services Taxes in Europe - Elke Asen, Tax Policy Blog. "About half of all European OECD countries have either announced, proposed, or implemented a digital services tax (DST), which is a tax on selected gross revenue streams of large digital companies." 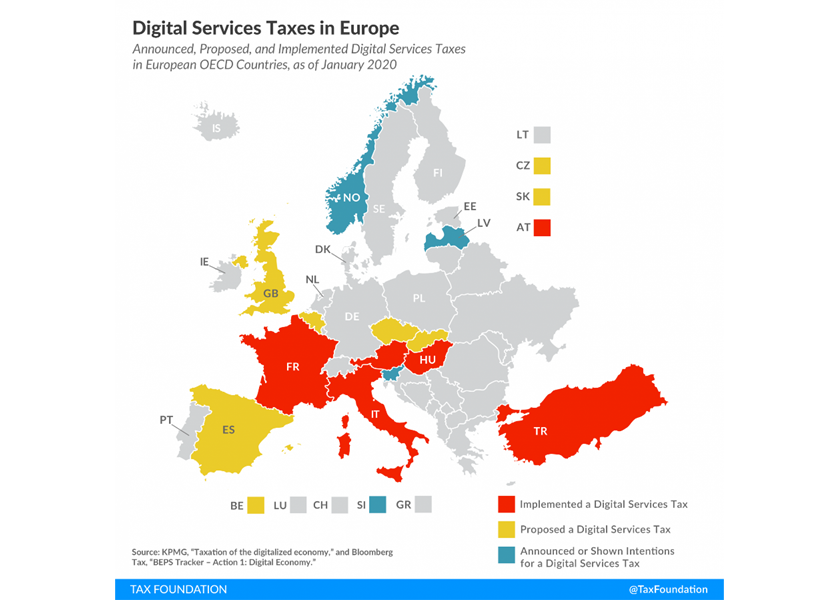 How Income Taxes Interact With Racial Disparities - Aravind Boddupalli and Kim Rueben, TaxVox. "Because the IRS does not ask for a tax filer’s race or ethnicity on tax forms, examining the relationship between race and the tax system is difficult. However, our new interactive feature explores how specific provisions of the individual income tax code can interact with existing racial inequities."

Running red lights "An Illinois senator who recently resigned from his seat has pleaded guilty to accepting bribes and filing false tax returns in federal court and has said he will cooperate with investigators," reports Aaron Davis of Tax Notes ($):

The charges stem from Sandoval's interactions with a Chicago-area red-light camera company, SafeSpeed. Sandoval admitted that he accepted bribes from a SafeSpeed affiliate in exchange for using his public office to be the company’s “protector” and block legislation harmful to the company.

When filing your taxes, come to a full stop, look both ways, and report all of your income. Even the bribes.