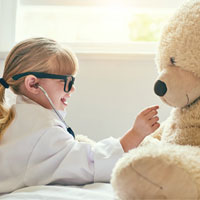 H.R. 195, the legislative document signed into law on January 22, now designated as P.L. 115-12, used to end the government shutdown and fund the government through February 8, carried with it some tax legislation. The legislation suspended certain Affordable Care Act (ACA) tax provisions, including the “Cadillac tax,” the medical device excise tax and the annual fee on health insurance providers.

Medical Device Excise Tax
The medical device excise tax, a tax on the sale of medical devices imposed on manufacturers, producers and importers, has once again been suspended and will now apply to medical device sales made after December 31, 2019. In addition, the suspension also made the law change retroactive back to January 1, 2018. This move eliminated any excise tax that would otherwise have been due for sales this year.

Contact your Eide Bailly professional for additional information on these new suspensions or on any other area of taxation.

California taxpayers affected by the January storms may qualify for relief from various upcoming federal and state tax deadlines.

For the first time, taxpayers purchasing previously owned clean energy vehicles may be eligible for a federal income tax credit.