Tax News & Views Blame the Gang of 9, not Me Roundup

Programming note. The programming schedule will change for the next two weeks while I am on vacation. Jay Heflin will post roundups on Mondays, Wednesdays and Fridays. Our National Tax Office State Tax, Wealth Transition Services, and Tax Controversy groups will have guest posts on Tuesdays and Thursday. Normal programming, such as it is, resumes August 30.

If the nine House Democrats hold firm to their pledge, it would upend Pelosi’s plan to return her chamber to Washington at the end of August and adopt the budget resolution first, a course demanded by liberals who view the infrastructure bill as too timid.

Biden is seeking passage of the two bills in tandem as he tries to strike a balance between both wings of his party at a time when Democrats hold very narrow advantages in both chambers.

The fate of big Biden tax proposals, such as the taxation of capital gains at death at ordinary income rates, rides on the fate of the budget reconciliation.

Senate Approves $1.2 Trillion Infrastructure Bill - Jay Heflin, Eide Bailly. "The Bipartisan Infrastructure Bill sunsets the Employee Retention Tax Credit (ERTC) after September 30, 2021, instead of December 31, 2021, as originally written. However, startup businesses that began operations after February 15, 2020, and had annual gross receipts of less than $1 million are exempt from this provision. For these entities, ERTC expiration remains December 31, 2021."

The disputed measure defines the brokers who must report certain transactions to the Internal Revenue Service as "any person who (for consideration) is responsible for regularly providing any service effectuating transfers of digital assets on behalf of another person."

That would increase the flow of information to the IRS, potentially aiding its efforts to spot cryptocurrency-linked tax evasion. Congressional accountants estimated that the measure could raise about $28 billion over the next decade.

But industry groups, from the Blockchain Association to Coin Center and others, have called the broker definition far too broad, arguing it could sweep up cryptocurrency miners, who verify transactions for inclusion on the blockchain; software or hardware providers; and other technology providers who don't have visibility into users' transactions.

Whatever rules are adopted, effective dates will be crucial. It will take time to put together the compliance systems needed to meet new reporting requirement.

Vehicle mileage tax pilot is part of infrastructure deal - Kay Bell, Don't Mess With Taxes. "First, the increased popularity of electric vehicles (EVs) has meant those drivers escape the long-standing (and stuck at 18.4 cents per mile) gasoline tax. It's been the standard federal source of revenue for the Highway Trust Fund, which is the source of money for our nation's roads and bridges."

The lawmakers noted that the United States is the only country that currently imposes such a global minimum tax and urged caution in making changes.

“Enacting tax policy in the U.S. that is more burdensome than the eventual OECD implementation would increase the potential for foreign takeovers of U.S. companies and could prompt a resurgence in corporate inversions,” they wrote.

Options for Reforming the Taxation of U.S. Multinationals - Cody Kallen, Tax Policy Blog. "The effect of the Biden administration’s proposals would be the most extreme, imposing a 7.7 percent surtax on the foreign profits of U.S. multinationals in addition to an average foreign tax rate of 12.5 percent, resulting in a combined tax rate of 20.2 percent. This would be significantly higher than combined tax rates under current law (15.3 percent) and under the other proposals (16.3-17.6 percent)."

New IRS guidance on accounting method changes responding to the final revenue recognition and advance payments regs will allow taxpayers to early adopt on their 2020 tax returns, but it splits the changes into three types.

That will only work with 2020 returns on extension.

Related: The Tax Impacts You Need to Consider with Revenue Recognition

New York blitzes $100K earners with remote-worker tax audits - Donna Borak, Accounting Today. "New York is a particularly assertive tax collector and has historically relied on field audits primarily of high-net-worth individuals. What’s unusual about its latest enforcement efforts, according to tax professionals, is that it began sending notices to clients with salaries between $100,000 to $300,000 a year within weeks after they filed their state returns." 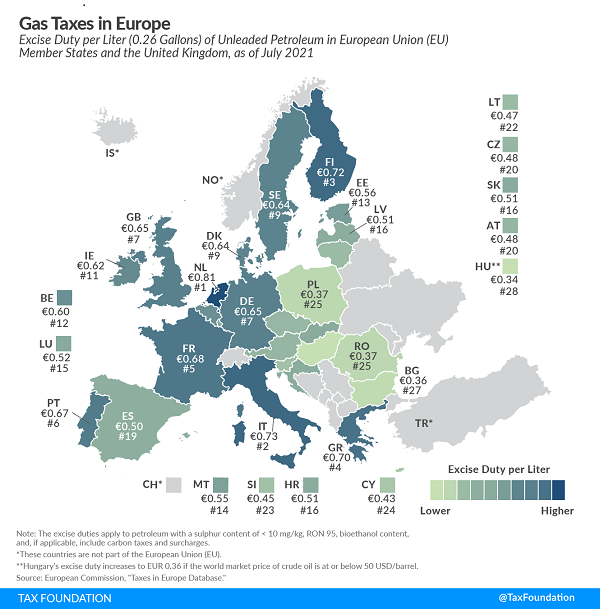 When Must Participants Get Spousal Consent to Take a Loan or Distribution? - Thomsen Reuters Tax & Accounting. "Spousal consent is required if a married participant designates a nonspouse primary beneficiary and may be necessary if a 401(k) plan offers one or more annuity forms of distribution. Here is a summary of these rules and the way many 401(k) plans avoid spousal consents."

Working through the committee process was painfully slow and cumbersome. It gave lobbyists and their legislative friends years to slow-walk or even derail legislation that might cost clients and political allies money. It was an opportunity for politicians to drag out debate and, especially when it came to business provisions, create a steady flow of campaign contributions.

And it didn’t always result in workable legislation. But it at least improved the odds. And every once in a while, Congress accomplished just what it intended.

That’s not how it works any more. For the past few decades, the congressional tax-writing committees largely have been sidelined. Few hearings. Fewer markups. Little real expertise.

Instead, tax bills often are written at the last minute in the offices of the House Speaker or Senate Majority Leader by a handful of pols with little or no actual knowledge of the issues. The few staff in the room are tasked primarily with making sure a bill hits some arbitrary revenue target.

None of this would happen under my tax simplification proposal: require every member of Congress, the President, the Cabinet, and the IRS Commissioner to do their returns by hand in live recorded webcasts, with a MST3K-style comment feature open to all. Tax simplification would quickly follow.

Not my fault. Today is National Blame Someone Else Day, a holiday for all of us.